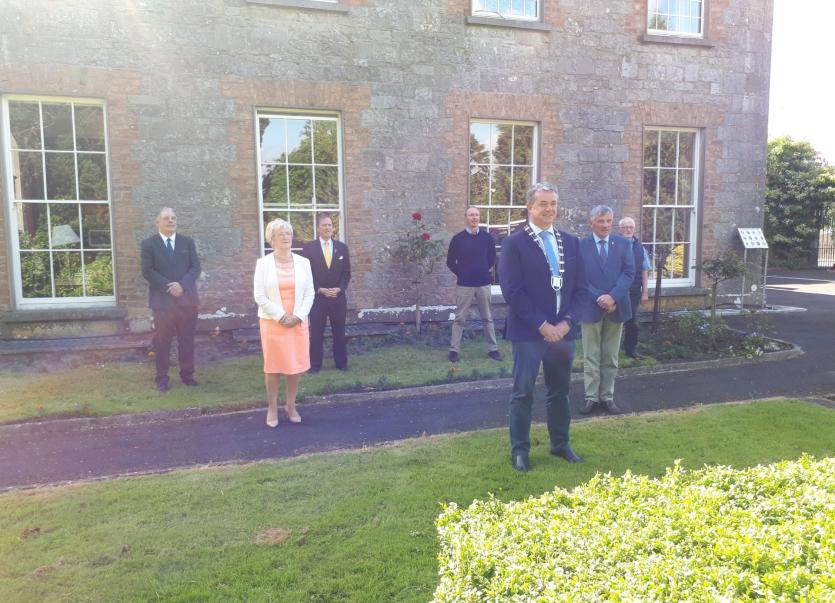 THE newly-elected cathaoirleach of the Cappamore-Kilmallock Municipal District has called for “a different approach” to ensure the district recovers sufficiently from the fall-out of the Covid pandemic and maximises its developmental potential.

Cllr Ryan was proposed for the position by Cllr Mike Donegan, FF, of Kilmallock and seconded by Cllr Gerald Mitchell, FG, from Hospital.

In his maiden speech, Cllr Ryan said that as society emerges from Covid restrictions “we have a lot of work to do to support all the families and small businesses in this area”.

“Small businesses, the farming community, everyone who is running a business, no matter what name or title is on their enterprise, we have a lot of work to do to try and support them,” he pointed out at the AGM of the municipal district at Deebert House Hotel in Kilmallock.

“There has been massive supports throughout the year but the work isn’t over, the work is just about beginning I think,” he pointed out, adding: “we have seen and spoken to a lot of people who have been locked down and I feel for them”.

Cllr Ryan, who operates a family transport business, said that because of the type of business in question “we were lucky enough in the type of enterprise we were in that we were able to continue with open doors but I’ve met and spoken to a lot of people who have closed doors, and heard how they have fought on over the last two years and huge credit has to be given to people who are about to get out working again”.

He said “it is incumbent on us as a group of councillors to work as hard as we can together during the year.”

Cllr Ryan pointed out that the town of Kilmallock “will need a lot of support”.

“It’s close to two towns in County Cork - Charleville and Mitchelstown so we need to make sure that Kilmallock is a major town in the Cappamore- Kilmallock.

Cllr Martin Ryan, FF, from Cappamore has been elected cathaoirleach of the Cappamore-Kilmallock Municipal District. Cllr Ryan takes over the role from Cllr John Egan, FG, of Murroe.

Outgoing cathaoirleach, Cllr John Egan, FG, from Murroe thanked all the councillors and staff for their support and cooperation over the year - a year in which he didn't make one public appearance in his role as cathaoirleach.

Cllr Gerald Mitchell then proposed Cllr Mike Donegan for the position and this proposal was seconded by Cllr John Egan.

After some heated debate on the matter, Cllr Brigid Teefy said “in view of what is happening” she wasn’t going to “divide the councillors'' and withdraw her name from the race leaving the way open for Cllr Mike Donegan to take the role of leas-chathaoirleach.

For more analysis and reaction, see the Limerick Leader broadsheet edition -  out next Wednesday.