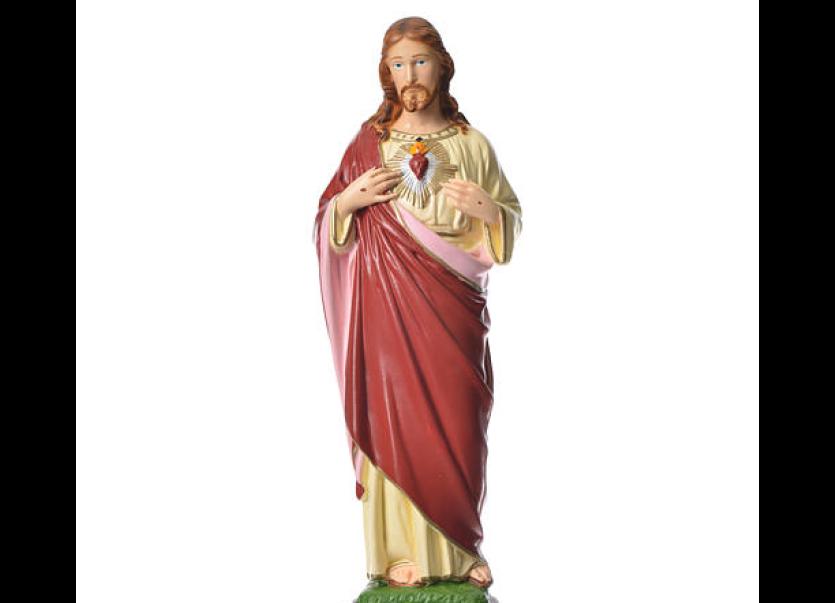 A statue of the Sacred Heart of Jesus has been taken from the Marian Shrine in Broadford Image: Generic

AN appeal has been made for the return of a statue of the Sacred Heart which was placed at a shrine in Limerick for worship during the local novena.

“It’s still missing. It used to be left there overnight and then it disappeared around last Tuesday. It was around eight inches high,” explained local man Thomas Reidy of the statue which was taken from the Marian Shrine in Broadford.

Mr Reidy who is the Leader’s county notes correspondent for the Broadford area is making a direct appeal in the paper this week for the return of the statue “as it is of great significance to the owner”.

“There was Rosary going on there all during the month of May. They said they would continue on then because June 11,  the Feast of the Sacred Heart of Jesus, was coming up so they said they would continue with the Rosary each night. There was also a novena last week at the grotta. They placed the statue on the grotto.  It was a local person kindly gave it to be left there for the Rosary, she is a little upset, definitely. Another one of the group got a replacement for the last three nights of the novena,” Mr Reidy explained.

“It is rotten to see something like that being taken. It’s disappointing that something that was left in good faith was taken.”

While there is much disappointment locally at the removal of the statue from the place of worship, there is also a sense of hope that whoever took it will find it in their conscience to put it back in its rightful place.

“Now, something similar happened in the arboretum around two months ago,” Mr Reidy pointed out.

“There were signs on the trees -  plaques with the names of the trees - and some of them were taken and there was an appeal in the notes to return them and they came back. So hopefully the statue will return also.”