‘Enough is enough’: Limerick TD steps down as chairman of housing firm 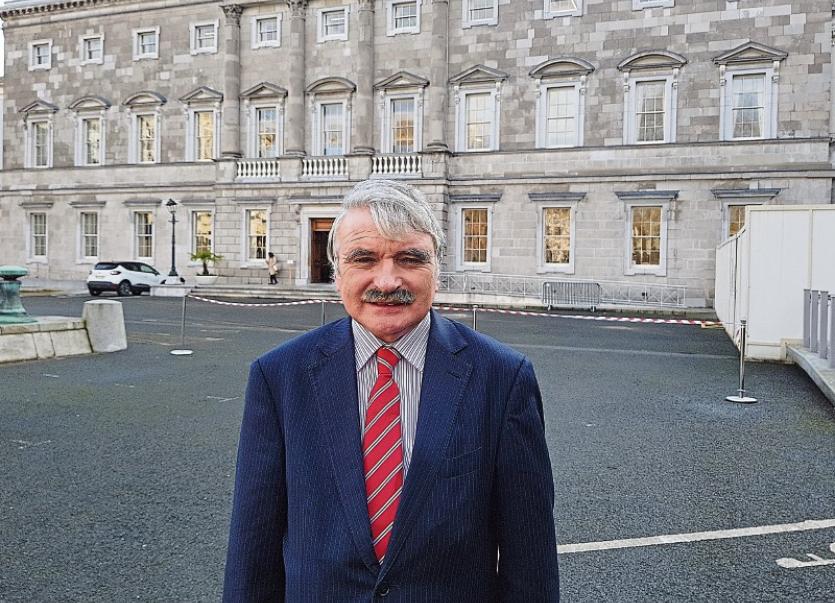 Deputy Willie O'Dea - “For my own sake, I just decided enough was enough."

LIMERICK TD Willie O’Dea has warned Formation Homes may “go elsewhere now” after he quit ​as its non-executive chairman.

The former Defence Minister stepped down from his role at the firm after criticism of the fact he objected to a development on the Condell Road, opposite to where Formation was involved in a social housing project.

Speaking to the Leader, Mr O’Dea said the company is “ticked off” at all the controversy and believes were it not for his chairmanship of the firm, this social housing project may not have been on the cards for Limerick.

“It did help the case,” he said, “The irony is, if someone else had been the chairman, an unknown, there wouldn’t have been a word said about this.”

Mr O’Dea decided over the weekend he would step down to avoid the appearance of a conflict of interest and said he would also sell his shares in the company.

He said the timing of the coverage was “very unfortunate” as it clashed with news of the sale of a private development in Dublin to an international fund.

This deal had the effect of blocking first-time buyers from buying houses in the estate, in favour of so-called cuckoo funds which would then put the homes out for rent.

Mr O’Dea said Formation is not bulk-buying the homes in Limerick, nor selling them off to an investor, but an approved housing body instead.

“As we speak, developers from all over the country are doing deals with housing associations to provide social housing. Most social housing is coming in this way,” he said.

He said he had not felt pressure from within Fianna Fail to step down from the role.

“For my own sake, I just decided enough was enough. All the negative publicity. People who do not like me blew it up on social media. But I’ve done nothing wrong. In fact, I’ve lost out financially,” Mr O’Dea added.

”I am [disappointed]” he told the Limerick Leader this week, “I need to resign for this even though I’ve done nothing wrong and gained nothing.”