Limerick TD hits back at criticism over role in housing firm 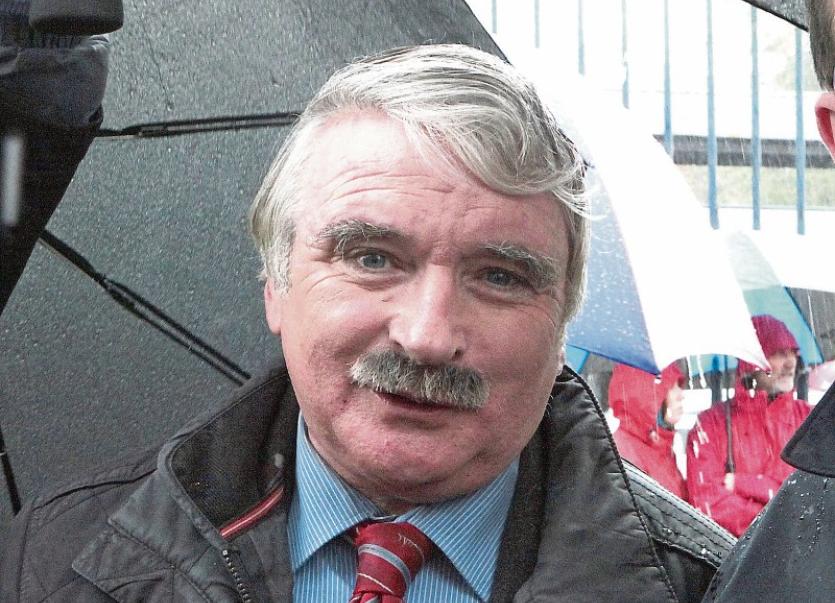 WILLIE O’Dea, TD, has hit back at criticism of his chairmanship of a firm involved in social housing, saying he’s financially “worse off” as a result.​

Questions have been raised over the former Defence Minister’s role as non-executive chairman of Formation Homes which is part of a project to bring 110 social houses to Clonmacken on the city's northside.

There was criticism from Sinn Fein councillor Sharon Benson at last week’s metropolitan meeting, after it emerged the Fianna Fail man objected to a council housing development on the opposite side of the Condell Road, much of which will also be social units.

He insisted there is “no conflict” as he “does not have any hand, act or part” in what government approves”.

He added: “There are politicians at Leinster House who are still practicing in the Bar, they are practicing solicitors, business people, landlords. I saw on the paper the other day that Danny Healy-Rae’s plant hire business turned over a profit of €450,000 last year. Michael Healy-Rae has houses. There are other people I could mention. Yet I cannot even have a part-time job even though I’m not a minister.”

Mr O’Dea – who said his average pay for Formation is €3,000 a year – said if he was at Cabinet level, and had decision making power, he would resign this role.

The Clonmacken project was initially designed to have been a private estate, with only the legally required social housing.

However, it has since been converted into an all-social housing project, with an approved housing body set to take the reigns.

Asked when this change came about, the veteran TD said he believes it was around 2018/2019.

“I was told when they came to Ireland, they were just here to build private housing, not public housing. That obviously changed when they did a couple of deals with housing associations,” he added.

Osprey Construction, which is the company ultimately seeking planning permission from Limerick Council in Clonmacken, is registered in the British Virgin Islands and shared cross-over directorships with the Formation Group and Formation Ireland. Mr O’Dea said last week that Formation was invited onto the project as a “minority shareholder” in the venture.

He said Formation do not own the site and are not the builders.

According to the National Building Control and Market Surveillance Office the owner of the Clonmacken site is Ian Wheeler.

He has an address at Oakwood House in Hackney Road, East London, as does Formation. According to LinkedIn, Mr Wheeler is the design manager at the Formation Group.

Mr O’Dea says he does not believe Mr Wheeler is the owner of the site.

“To the best of my knowledge, that information is not correct,” he said, “I don’t know what the situation is [with him]. I’ve never met Ian Wheeler. If he walked into the room, I wouldn’t know the man. He is not the owner.”

In terms of government involvement, the TD added: “I’ve had no contact with the Minister for the Environment or any of his officials concerning any aspect of Formation whatsoever.” ​

Mr O’Dea said he bought shares in Formation, but they are “valueless now”.

“I bought the shares on the stock market when they were at their most expensive. Now the company has been delisted, so my shares are pretty valueless. I wouldn’t like to tell you what I paid for them, but they’d be valueless now,” he added.

The City TD argued: “If you took the €3,000 a year from the time I got it, and if you offset the loss I made from the shares, I’m much worse off financially from having been involved at all.”