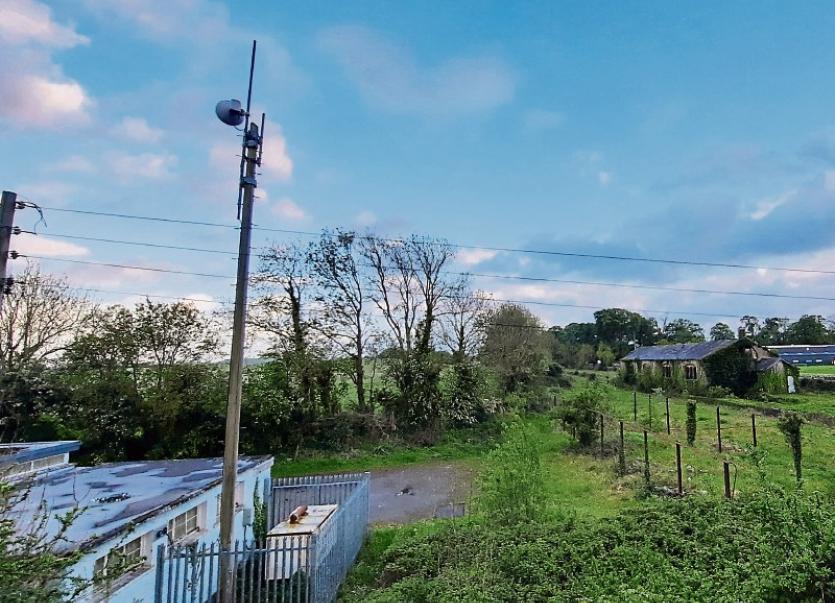 AN Bord Pléanala has overturned the decision of Limerick City and County Council to refuse permission for the erection of a 24-metre telecommunications mast on the outskirts of Croom.

In granting permission to Eir, members of the board also rejected the recommendations of its own planning inspector.

The development will see the replacement of an existing 12-metre timber pole at the Eir Exchange at Toureen, Croom.

The new ‘lattice telecommunications support structure’ will be used to mount a number of antennas, dishes and associated equipment.

The local authority noted the exchange is located close to the former Croom Railway Station which is a protected structure. Planners also ruled the proposed development would be “visually obtrusive and would seriously injure and depreciate the value of properties in the area.”

In its appeal against the council’s decision, Eir submitted the existing pole “is not capable of supporting a full configuration of equipment from new operators.”

The telecommunications company argued the new mast would ensure the current and future demand for co-location of services can be met and it submitted the proposed development has been designed to the minimum height needed to ensure sufficient radio coverage for multiple operators.

In her report, planning inspector Bríd Maxwell recommended that permission be refused. “​I consider that the proposed latticed tripod structure on this eastern approach to Croom is at odds with the guidelines and I am not satisfied that site specific design mitigation has been addressed within the application and appeal. The proposal would be locally visually prominent by reason of its design. In my view the proposal gives rise to an unacceptable visual impact as to warrant a refusal,” she stated.

In rejecting the inspector’s recommendation, the board said it was satisfied the development “would not seriously injure the visual amenities of the area.”