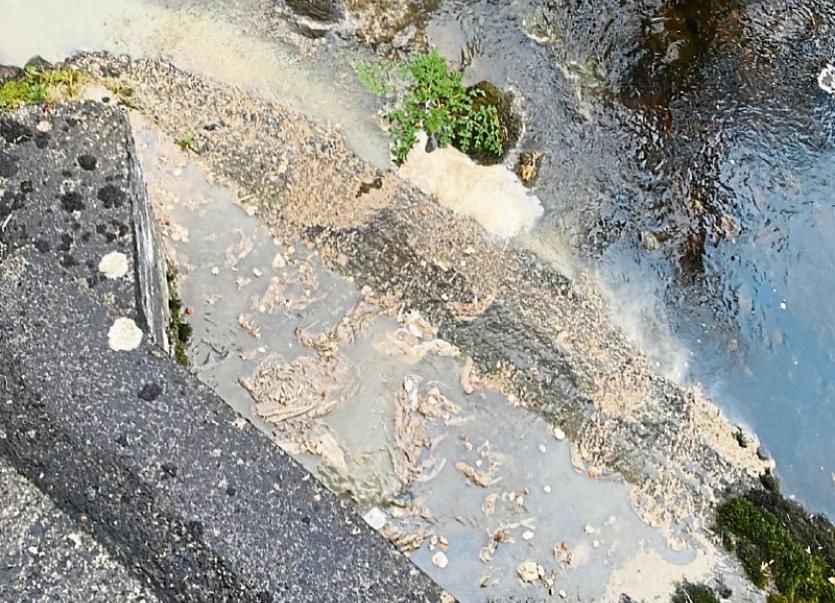 CONCERNS have been expressed about the apparent pumping of raw sewage into a small river which flows directly into the Shannon Estuary in West Limerick.

The issue, which follows a recent incident in Ballyhahill, was raised by Cllr Adam Teskey at the May meeting of The Adare/Rathkeale Municipal District.

“I got a phone call in relation to the stench and the smell of sewage in the area and I went down late one evening, on foot of the representations I got, to see it,” he told the virtual meeting.

“It was an absolutely horrific and disgusting site. Raw sewage going into the river from the sewage treatment plant there –  tissue and raw material and solid matter going into our river stream,” he added.

Cllr Teskey said what he witnessed at the River White is not acceptable and he proposed that an explanation be sought urgently from Irish Water.

“What in God’s name has gone on in that treatment plant in Ballyhahill? We are ejecting raw sewage into the water streams and I’m asking that we would write a letter to Irish Water to clarify what is going on in the plant there – what capacity does it have?”

Cllr Teskey who is Cathaoirleach of Adare/Rathkeale Municipal District, commented that the discharge occurred “at the same time you have these lads in Dublin seeking to ban one-off rural housing” and he suggested that farmers would be severely fined if they did the same.

“I too have been talking to people in Ballyhahill, Glin, Foynes, Shanagolden and Askeaton,” he said. “There are hundreds of towns and villages in the country without proper sewage facilities,” he added.

In addition to the environmental damage, Cllr Teskey said what happened also has an impact on housing and planning policies.

“We are supposed to have adequate infrastructure in towns and villages to facilitate more housing,” he commented.