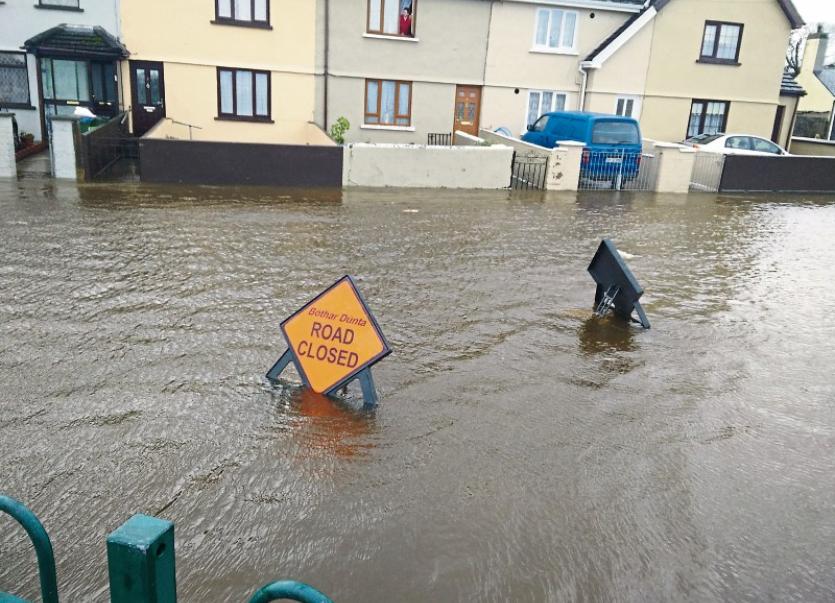 Flooding in St Mary's Park during Storm Imogen in 2016

MULTI-MILLION euro plans to provide flood defences to protect more than 1,200 homes across the city have taken a big step forward.

It comes following the appointment of RPS Consulting Engineers to work on the local flood relief scheme, after the Office of Public Works (OPW) sanctioned the appointment, with €60m provided through the National Development Plan.

The objective of this project is the identification, design and delivery of a flood relief scheme to alleviate the risk of flooding in communities right across the city centre and its environs.

As well as the city centre, Thomondgate, Corbally, Annacotty, Ballinacurra, Rosbrien, Ballysimon, the Old Cratloe Road, Westbury and Shannon Banks will benefit from the mammoth project, with OPW Minister and local TD Patrick O’Donovan saying: “The scale of the scheme is enormous" and much-needed.

"It’s a huge step. We are talking about 1,200 residential units and almost 250 commercial units. Limerick has been identified by the OPW for some time. It’s part of the flood risk management programme of the OPW. I’m very anxious these are prioritised,” said the Fine Gael man.

As well as this, the works will also see some of the public realm elements of the Worldclass Waterfront developed, with studies also due to be kicked off for greenways and blueways along the River Shannon and in Dooradoyle.

An initial public consultation period takes place later this summer where the initial thoughts of the public will be gathered, and proposed designs will be put forward.

Among the measures expected, Mr O’Donovan said, are sluice gates, culverts, tidal gates, as well as the deepening and widening of channels, and a forecasting system which will improve the local authority’s ability to respond.

“We are very conscious of the fact this is a vulnerable part of the country. It’s tidal with a huge body of water flowing through it,” the minister added.

Commenting on the signing of the contracts, Mayor of the City and County of Limerick, Cllr Michael Collins, said: “The risk of being flooded is very real risk for many people across Limerick city. The appointment of these consultants will begin the process of developing flood defences for Limerick. It is hugely important that we protect ourselves from flooding and it must be done in a sensitive and environmentally appropriate manner."

Mayor Collins added: "Those devastating images and stories of people flooded in their homes have to become a thing of the past. We need to future proof our homes and businesses from the effects of climate change.”

RPS Project Manager, Brendan Brice said RPS is delighted to have been appointed as Engineering and Environmental Consultants for the project.

"RPS is committed to the absolute delivery of our clients’ projects and we look forward to working with all key stakeholders over the coming years to develop a scheme that will reduce flood risk and be compatible with the Council’s objectives for the public realm in the city.”