Shannon base closure sparks call for controls on Dublin Airport 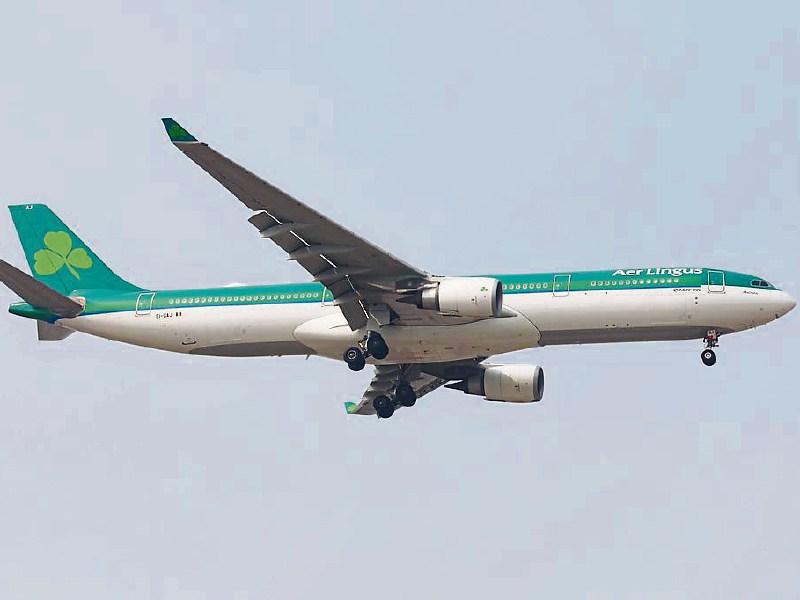 COUNCILLORS in Limerick have unanimously backed calls for traffic controls on Dublin Airport, after Aer Lingus closed its base in Shannon.

At a special meeting this week, members unanimously passed the pushing for a suite of measures proposed by Mayor Michael Collins, responding to the move by the national airline to shut its local base in a move which will cost more than 100 jobs.​

“Since Shannon was separate​d from the DAA, it was the second fastest growing airport pre-Covid. It grew its passenger numbers by just over 300,000, while Cork grew by almost 250,000. Dublin, however, grew passenger numbers by 13.8 million winning 96% of all new passengers into Ireland. That is not sustainable for airports outside of the capital and policy needs to be introduced to ensure this market monopoly does not continue in recovery or other airports will struggle to survive,” said Mayor Collins.

Cllr Conor Sheehan, Labour, said: “We have a situation here where 90% of the flights which leave this country come out of Dublin Airport. In the Netherlands, they put in place a maximum aircraft movement cap at Schiphol outside Amsterdam, which is what they need to do at Dublin Airport. Otherwise, Dublin Airport will close every other airport in this country including Cork and Shannon. They need to cap the number of flights which arrive and depart from those airports to give the regional airports a chance.”

His party colleague, Cllr Joe Leddin added: “Despite the different plans and strategies that come out of government, the reality is the Dublin Airport Authority are effectively running amok in terms of Dublin. If they were serious about balanced regional development, they would put a cap on capital airports.”

Councillors are also seeking clarification from Aer Lingus about what its base closure will mean for the retention services, particularly on the Heathrow and North America routes, and crucially, when these are expected to resume, having not operated since last year.

“I know that our business community are extremely concerned at reports that Aer Lingus is considering moving some aircraft used to fly to Boston, New York and Heathrow from Shannon to Britain,” said the mayor, “We know just how much transatlantic routes support multinational investment and tourism in the region. But we now have a very real question mark over the future of Aer Lingus transatlantic services from Shannon and this question needs to be urgently answered. “

He called on government to implement the recommendations of the taskforce on aviation to assist the sector’s recovery from Covid-19.

“I’m also calling for the fast-tracking of the appointment of a new chairperson for the Shannon Group as it has been without one now for nine months in the biggest crisis for aviation ever in Ireland and this appointment needs to be in place as a matter of urgency,” added Cllr Collins.

Fine Gael’s council leader John Sheahan called on Finance Minister Pascal Donohoe to ensure the Heathrow slots are not offloaded from Shannon, and even suggested a competitor airline could take on the vital link.

“Do not allocate those slots to an airline, but to Shannon Airport, to make sure of its viability into the future,” he said, “We need serious will and investment into Shannon Airport. It’s long back from its heady days since it was the place to go to.”

He even suggested a march on Leinster House in protest at the base closure, an idea backed by other members of the council.

Cllr Conor Sheehan bemoaned the fact that when the government gave financial support to Aer Lingus that it did not include a clause that would protect it from any move to pull out of the local base.

”It’s time to take the gloves off and get serious,” said Fianna Fail councillor Kevin Sheahan.

Independent Frankie Daly added: “This message has to go out and go out strong to our TDs. We must unite and unite strong, to bring the paramouncy in terms of importance to the table.”

For the Green Party, Cllr Sasa Novak urged the building of a rail link to secure the future of Shannon, which she described as a “strategic asset.”

She said: “there is a long term future for Shannon, but it is very linked to how we develop Limerick city and the Mid-West region. The National Planning Framework targets a 60% increase in the population of the city over the next two decades. In that context Shannon Airport has a future. We should all be calling loudly for a rail connection to be built to the airport. The railway connection will lock in the airport's future as a strategic national asset.”