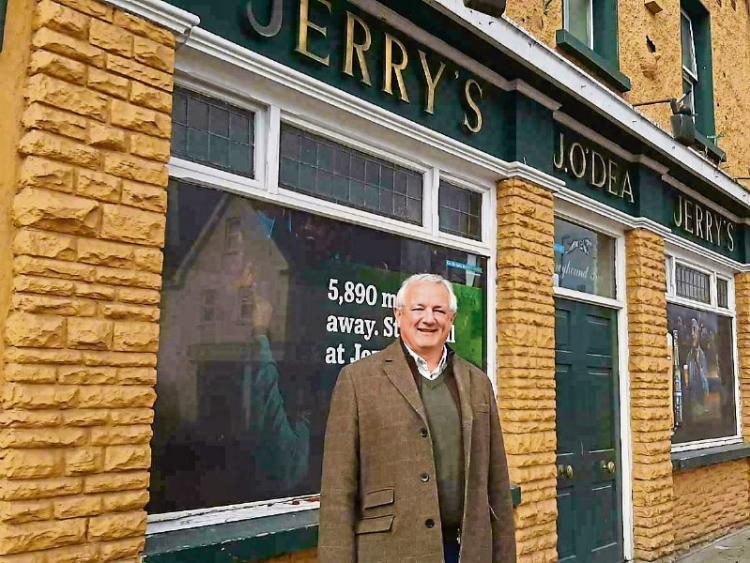 Former Limerick Vintners representative Cllr Jerry O’Dea says developments for the change of use of pub premises is “unfortunate”.

PUB owners changing the use of the premises into apartments are a “sign of the times”, a bar owner has said.

Former Limerick Vintners representative Cllr Jerry O’Dea says developments for the change of use of pub premises is “unfortunate”, particularly for rural communities which have lost other services.

Two applications are expected to come before council planners for changes of use from licensed premises.​

In the city centre, Foxes Holdings has announced its intention to change a pub at 30 Thomas Street, into four apartments, from ground to third floor.​

The entrance to the building would be modified, while an extension at the rear would be demolished.

Meanwhile in Rathkeale, the former Round House Bar at Main Street and Chapel Lane is set to become a house, according to a planning notice published recently.​

Cllr O’Dea, who runs his family’s pub in Mulgrave Street, said: “​In recent years, there has been a big change in the pub trade. In rural areas where people have changed a lot to take-away drink and food, there are less people in villages and less in pubs.”

“Some people were running them as a family business and as people retire, there might be no-one to take on the business. It's certainly a sign of the times that pubs are not the profitable enterprise they once were,” he said.

The Fianna Fail member said he’s noticed in Dublin many pub sites are being sold as residential developments.

“In cities, we are also seeing a trend where other enterprises are becoming more valuable and people are going for a change of use from a pub to a commercial unit of some sort , or even some sort of residential development. There's a change with the times definitely, a change in trends. People are not going to the pub as much as they used to,” Cllr O’Dea added.

What is sad in rural villages is the closure of a pub can be a vital amenity, he said, comparing hostelries to community centres which can give locals an outlet.

“L​ife has gotten a bit quicker and faster, and the value of neighbourly company in a pub over a pint is maybe not as important as it once was,” he added.