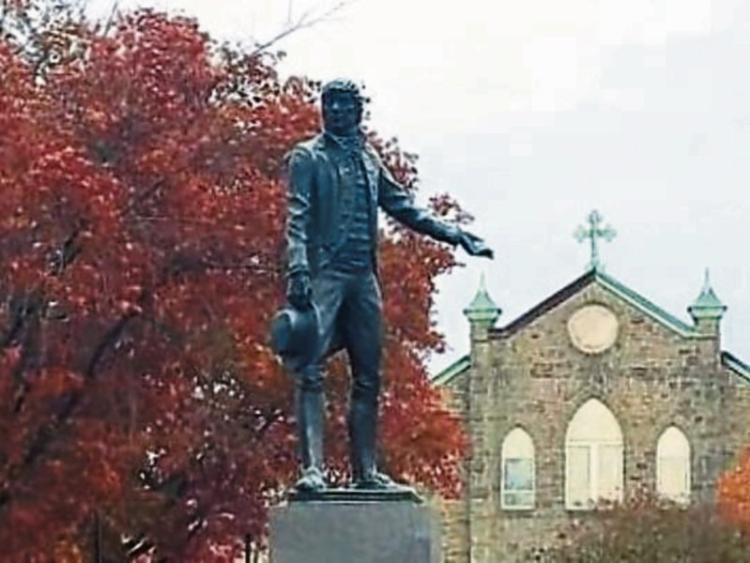 The city of Balitmore, Maryland has removed a statue to John O’Donnell because of his slave owning past

A STATUE of a Limerick-born slave owner has been taken down in the city of Baltimore, Maryland.

John O’Donnell was born in Limerick in 1749 and emigrated to the United States in later years. O’Donnell’s family are thought to be from Truagh Castle in Ardnacrusha. However, John’s father was heavily involved in Limerick and specifically the Thomond Bridge area, where John is believed to have been born.

John O’Donnell eventually settled in Baltimore in 1785 where he began trading with merchants from the Chinese port of Guangzhou, which was called Canton by English speakers.

In 1786, O’Donnell bought 2,000 acres of land in Baltimore which he named Canton after the port. O’Donnell owned 36 slaves on this plantation. Currently, this land is now called Canton square and is where the statue was situated.

The Canton Anti-Racism Alliance, with support from the Canton Community Association, started the campaign to take down the statue back in November 2020. They wrote a letter to then-Mayor Bernard C. "Jack" Young, which asked him to remove the statue immediately.

An online petition was also started in October 2020 asking for support to take the statue down and it garnered over 800 signatures since its creation.

On April 5, the statue was finally taken down with complete endorsement from the new Mayor of Baltimore, Brandon Scott. He said about the removal: “Tonight, the hostile vestige to the notorious enslaver Captain John O’Donnell no longer stands in Canton square.”

He continued, “I am committed to dismantling structural oppression in Baltimore.”

The statue of John O’Donnell had only been erected 41 years ago, in 1980. A plaque under the statue read, “a man of great vision and accomplishment."