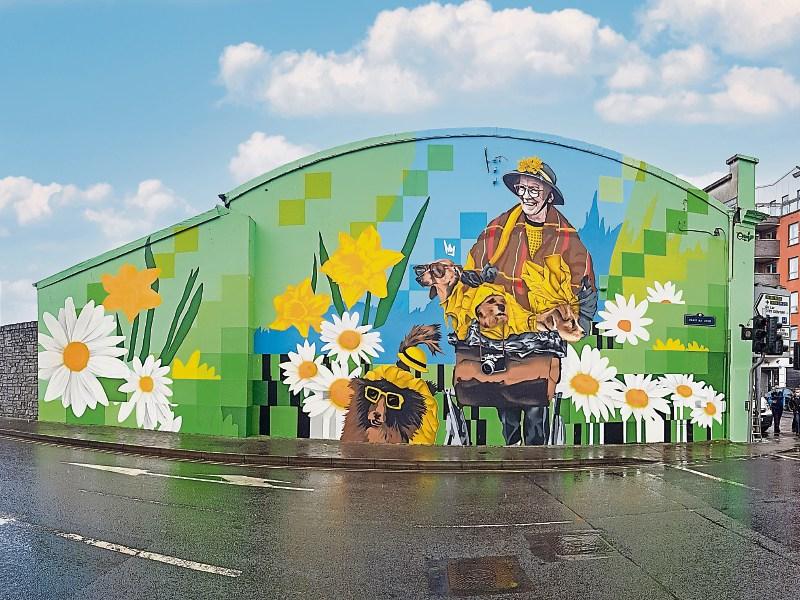 ONE of Limerick’s most colourful and memorable characters has been immortalised in a giant street mural unveiled in the heart of the city.

Limerick City and County Council has funded the mural which is located at Sráid an Ceoil behind St John’s Pavilion in the city centre and collaborated with Draw Out to bring to life the tribute to one of Limerick’s most recognisable people.

Draw Out selected artist Omin to complete the mural.

Dodo was well known for her pram full of dogs. She rescued countless dozens of stray dogs throughout her life and had been caring for 24 dogs when she passed away following a short illness in September, 1995.

Dodo’s other passion was rugby, and more specifically Young Munster RFC. She attended every game and was a regular at Thomond Park.

She became the club’s unofficial mascot, with her pram and dogs always festooned in the Cookies’ colours of black and amber.

Mayor of the City and County of Limerick, Cllr Michael Collins said: “Dodo Reddan was a cherished character in Limerick, known to all. Her drive and determination are legendary and I’m delighted that we are honouring her with this wonderful mural. To this day, Dodo Reddan is a name which causes the ears of any Limerick native or rugby fan to prick up, and she has now gone down in history”.

Metropolitan district leader Cllr Sarah Kiely has been at the forefront in getting the mural painted, saying it’s the one thing she has sought during her year in office.

So delighted to get this over the line
Thank you to Catherine @DrawOut and @ominous_omin who worked all weekend on this fantastic new mural
The Reddan family are thrilled and very moved by it#Limerick #mural #dodoreddin #StreetArt https://t.co/DifbzeA2kD

She said: “I’m just thrilled to get this over the line. This is another epic mural for our beautiful city with a much loved character we remember fondly, Dodo evokes so many memories for people in Limerick and it is fitting that we acknowledge one of our own.”

“Some people can do incredibly good things and sometimes it never gets attention, in the last few weeks while talking to Dodo’s family and people who knew her, they spoke about how she fed the homeless by night, took in stray dogs and was famous when it came to rugby.” 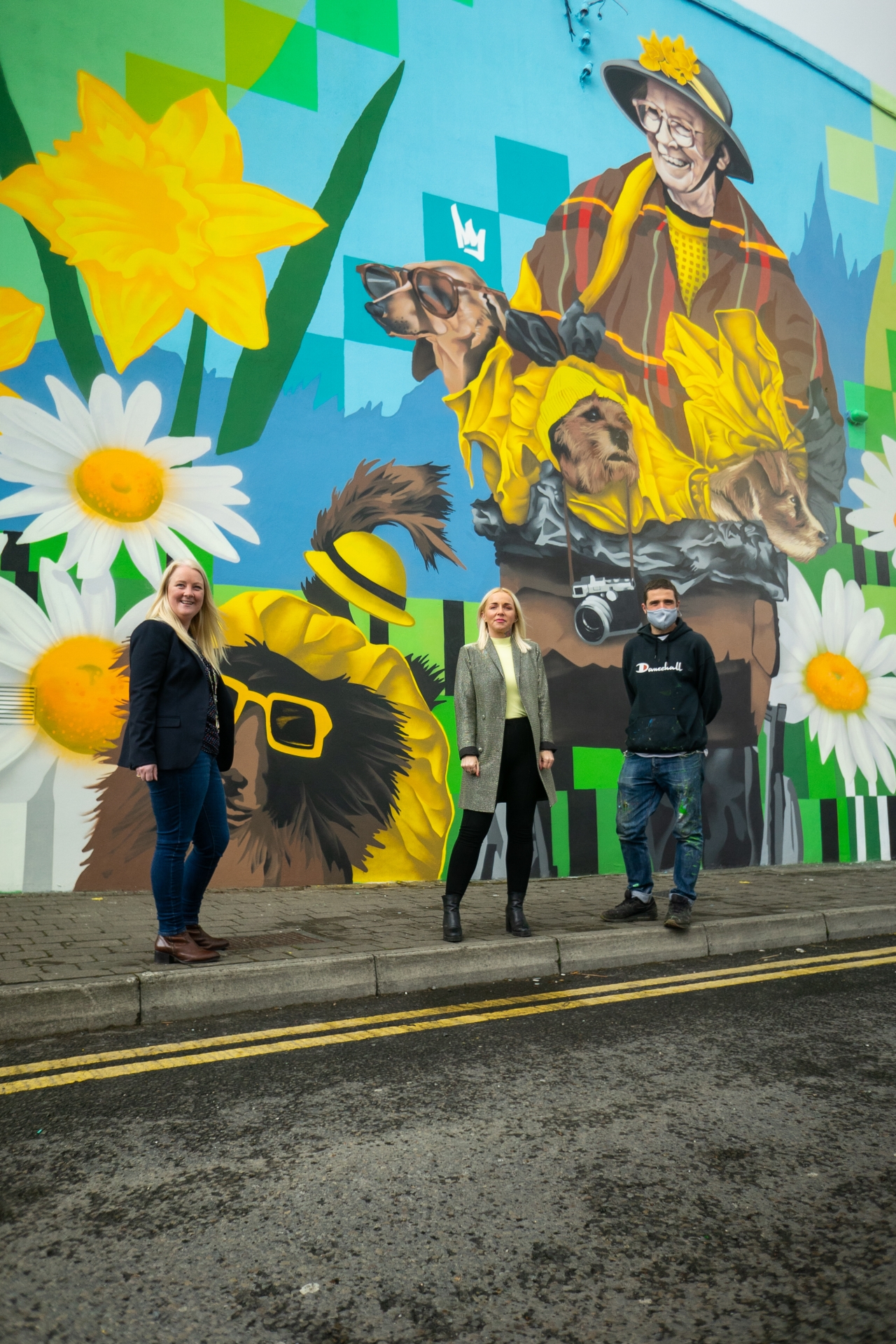 One of Dodo’s most memorable ventures was her journey to Lansdowne Road in Dublin, for the 1993 All-Ireland League Final between Young Munster RFC and St Mary’s College. The story goes that she had to travel in the goods compartment of the train with her pram-full of dogs as she was not allowed bring them into the passenger carriages.

Arriving in Dublin, no taxi or bus would carry her, so she walked her pram of dogs all the way to Lansdowne Road, arriving just in time to witness Young Munster’s historic victory. Many attendees at the match recount that the sight of Dodo and her dogs is one of the stand out memories of that historic day.

In addition to rescuing dogs, Dodo also supported those in need. She distributed food to the homeless, gave toys to the city’s poorest children, and spoke on many social issues at the time including animal welfare and proposed domestic water charges.

Cultural and arts officer at Limerick Council, Dr Pippa Little said: “The mural is a striking statement on one of the main entrances to the city, a bold and vivid tribute that celebrates her.”

Catherine O’Halloran, creative director with Draw Out, Limerick’s urban art initiative which has been managing the mural project, said: “Draw out are delighted to work with Limerick City and County Council and the mayor and cathaoirleach to produce a mural featuring such an iconic and unique female figure, as Dodo Reddan. We were excited to develop this concept and bring the mural to life in a way that truly reflected the essence of such a vibrant and compassionate character.”

“Our hope is that this work can do what only great portraits seem to master, reacquaint us with the magic of her spirit and inspire a new level of appreciation for a life so well lived”