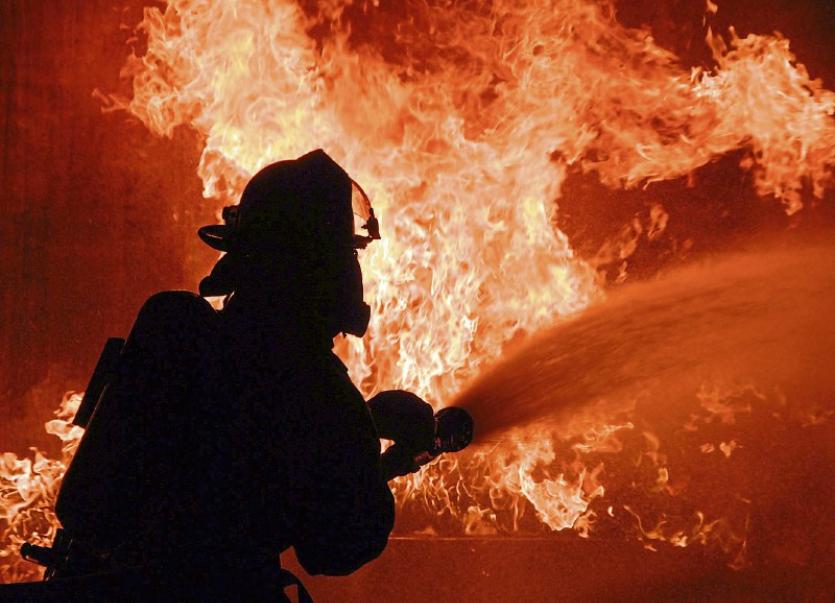 CLLR Mike Donegan has sought clarification that the controversial €5m national fire training centre planned for Kilmallock is not “off the table”.

Plans to locate it in the Kilmallock Business Park have been hotly debated by councillors for months. Companies located in the business park have expressed concerns over smoke produced.

The February meeting of the Cappamore-Kilmallock Municipal District heard that the council is to now to seek expressions of interest from food production companies to set up in the park and look for an alternative site for the fire training centre.

At this month’s meeting, Cllr Donegan said he wished to state publicly that there has been a number of letters to the media and posted on social media that the fire training centre is “off the table”.

“I want to get confirmation once again that it is very much on the table. I support both projects (fire training centre and food hub). I think they are great for Kilmallock. As long as I am a councillor I will be supporting both projects. I have been at this for the last three years with the business park and if it takes an extension to the business park to accommodate the training centre so be it,” said Cllr Donegan.

Cllr Eddie Ryan said he too supported both projects.

“From Innovate Limerick’s point of view and being chair of Economic Development SPC I want a food hub in Kilmallock but equally I want a fire training centre in Kilmallock.

“What we have to do rather than dividing us four to three (a recent vote by councillors on the fire training centre) let’s go with a united seven members and say we need an alternative site and let’s prioritise that as a necessity. Let there be no division,” said Cllr Ryan.

“The key thing is to maximise the opportunities for Kilmallock. From our point of view in the executive we are waiting at the moment for the expressions of interest from the food production companies.

“Definitely, the fire training centre is very much on our agenda. There is a gap – Limerick City and County Council need it, other local authorities need it. We are going to keep all those balls in the air. We will come back with a further update,” said Mr Coughlan.

Cathaoirleach John Egan welcomed the sentiments expressed by all. “This park is going in the right direction. If we can accommodate them all we will have a terrific park,” said Cllr Egan.