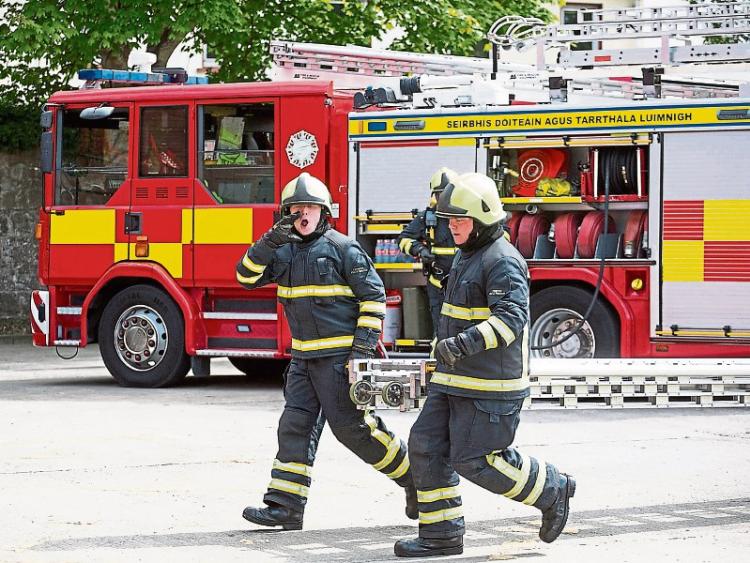 THERE was white smoke, of sorts, over the proposed €5m national fire training centre for Kilmallock Business Park at the latest local area meeting.

The council is to now to seek expressions of interest from food production companies to set up in the park and look for an alternative site for the fire training centre.

It was a hot topic late last year. The original Part 8 planning application for phase 1 of the fire training centre in Kilmallock Business Park was rejected by a majority of councillors at a special meeting in October. Cllr Mike Donegan said the original date for the Part 8 to have been decided was September 17, 2020.

“Unfortunately, or should I say, comically, this was when some councillors decided that they had concerns and questions about the training centre,” said Cllr Donegan, who added that it would bring in an annual income of €400,000 plus to the town.

Cllrs Eddie Ryan, PJ Carey, Ger Mitchell objected to the centre due to the worries over smoke, concerns of companies based in the business park and the possible loss of 300 jobs.

After the Part 8 was rejected Cllr Donegan and Cllr Martin Ryan put down a motion at the November meeting calling on the council to bring forward a new Part 8 planning application, complete with phase 1 and phase 2

“This will ensure that the proposed fire training centre can be revisited again and planned for in the business park and not lost to another location outside of Kilmallock,” said Cllr Donegan.

Cllrs Donegan and Martin Ryan said their motion will mean that the concerns of business people in the park would have to be addressed first before there was any expenditure by the council on the fire training centre.

“The executive have met the businesses and listened to their concerns. We have had letters of support in from the town businesses as well,” said Mr Coughlan, who added that they are looking at other options for Kilmallock Business Park.

“I’ve had a good few discussion with Mike Cantwell of Innovate Limerick. It is around a food production opportunity. There is a new food production facility due to open shortly in Bruree. Talking to Mike he thinks it would be good to set up a food cluster close to Bruree. So what we are considering doing is going out for expressions of interest specifically for food companies to set up in the business park,” said Mr Coughlan.

The council’s deputy CEO said there is a lot of interest from Northern Ireland about setting up such facilities in Limerick.

Mr Coughlan stressed that they are still very committed to getting the €5m fire training centre done.

“There is a gap in terms of that service – we have to bring our fire people up the country to get it. We are committed to getting a site for that, hopefully in Kilmallock,” said Mr Coughlan.

Plans to attract food companies were broadly welcomed by the seven councillors.

Cllr Donegan said it was a “welcome development” and would “enhance the park”. He added that he was glad to see the fire training centre was still being considered.

Cllr Mitchell said he had raised concerns in relation to existing companies and jobs.

“This has to be the first priority at all times – not only to promote jobs but to keep jobs. I welcome the news in relation to the food sector by Innovate Limerick. This is positive news. It is a business park and it should be for business.

“I hope a proper and suitable site for the fire training centre is found. I personally believes that this site is not suitable for it due to concerns that were raised,” said Cllr Mitchell.

Cllr Eddie Ryan said: “Common sense has prevailed not to use the site in Kilmallock as a smoke production unit to put at risk 300 jobs.”

As chair of the Planning and Economic SPC he said he knows that “food companies in Northern Ireland want to set up businesses in the south of Ireland”.

Cllr PJ Carey, who works for Irema in the business park, said the council targeting food businesses is a “potential game changer for Kilmallock”.

“The past decade has seen the loss of several companies so this is fantastic news. It is all good and all positive,” said Cllr Carey.

Cllr Teefy said: “We are in the heart of the Golden Vale. Kilmallock is a fine town and this would be a great addition.”

In terms of targeting food production opportunities, Cllr Martin Ryan asked if the council could “look at the whole of the municipal district and look at the east instead of concentrating on one town”.

“We do need to see some of that activity in the east and Galbally area as well,” said Cllr Martin Ryan.

Mr Coughlan said it was encouraging to get the positive feedback.

“This expression of interest can work if it is advertised right. We could get in very good local businesses and maybe international ones into the area,” said Mr Coughlan.