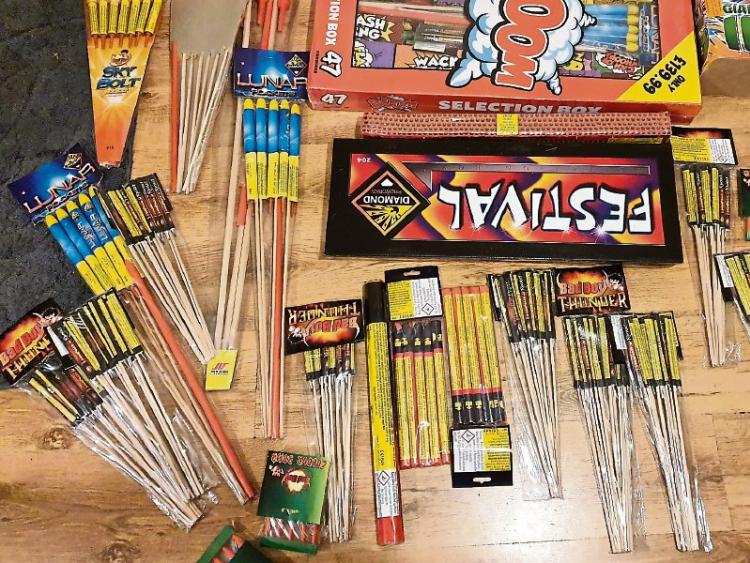 TWO young men have been fined after they admitted selling rocket-type fireworks from the back of a car in Abbeyfeale.

John Quilligan, aged 21, of Assumpta Park, Abbeyfeale and Patrick O’Donnell, aged 22, who has an address at Assumpta Park, Newcastle West were both prosecuted in relation to an offence which was detected on September 7, 2019.

Inspector Andrew Lacey told Newcastle West Court that after gardai were alerted to suspicious activity at Ashcourt Road, Abbeyfeale, they observed a “large group of youths” who were gathered around an Audi car.

Upon their arrival gardai spoke to the occupants of the vehicle and recovered around 40 illegal fireworks.

“We believe the youths were there to purchase fireworks,” said Insp Lacey.

Judge Patrick Durcan commented that the defendants had been driving around like a traditional country shop despite repeated warnings about the dangers of illegal fireworks in the run up to Halloween.

“There are young people who have lost eyes and fingers,” he said.

Solicitor Enda O’Connor said Mr Quilligan now accepts what  happened was dangerous and that it was an “extremely foolish endeavour”.

He said he is a “very decent and law-abiding young man” and he asked the court to note his age and his previous good record.

“He is quite remorseful and he understands it was dangerous,” added Mr O’Connor who said his client has been doing some work in the UK since the incident.

After wishing Mr Quilligan a happy birthday, Judge Durcan said he would not be giving him a birthday present.

He imposed a €250 fine and indicated he was also seriously considering a driving ban given the use of a vehicle.

However, having given the matter some consideration he said he would not impose a disqualification.

Patrick O’Donnell, who is currently serving a lengthy prison sentence for a separate and unrelated offence, was also fined €250.