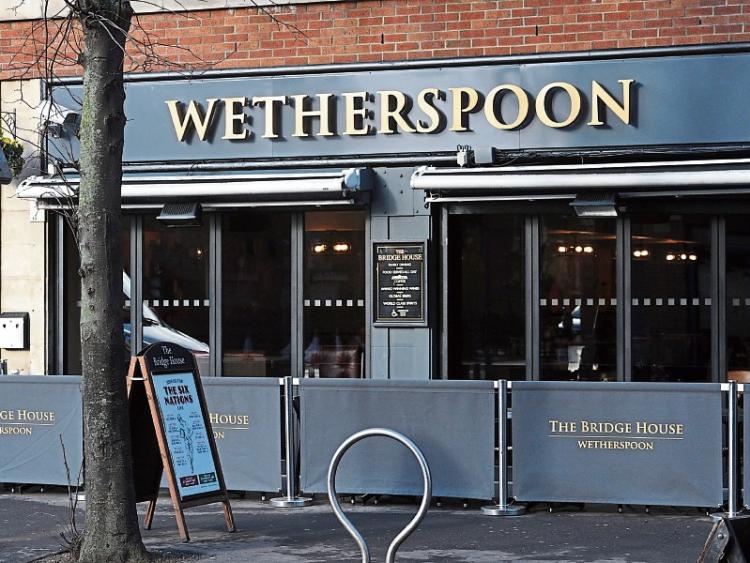 A Wetherspoons outlet in Belfast. The budget British pub chain is seeking to increase its footprint in Ireland once the hospitality sector re-opens

BRITISH pub chain JD Wetherspoons has confirmed it is looking at sites to open an outlet in Limerick.

It comes as the company seeks to accelerate its expansion programme in this country when the hospitality sector re-opens.

Eddie Gershon, a spokesperson for the company, which is chaired by Tim Martin, confirmed: “We are looking at sites, but there is nothing concrete at present.”

“We believe that a Wetherspoon pub in Limerick would prove popular with people of all ages and be an asset to the city,” he added.

At present, the firm’s only pubs in the Republic of Ireland are located at Dublin, Carlow and Cork.

But now, it’s setting its sights on opening in Ireland’s other major cities – including here in Limerick.

Mr Martin said the company remains confident in its overall growth prospects in Ireland, despite the current lockdown restrictions and lack of clarity over when and how the pub and hospitality sectors might reopen.

“We plan to open new pubs in Dublin, Galway, Limerick and Waterford in due course,” Mr Martin confirmed in comments made over the weekend.

Across in Britain, many commentators have seen Wetherspoon’s presence as a mixed blessing.

The chain sells lager and cask beer at cheap prices due to large economies of scale.

But - it has been claimed by some - this has led to the closure of a large number of smaller pubs.

Paul Flannery, who chairs the Limerick branch of the Vintners Federation of Ireland (VFI) and runs a pub in Shannon Street, is among those who would be concerned.

He said: “I think it would be damaging to the trade. I know their business model is grab them in, stack them high. It could damage a lot of local small businesses. Especially in the current climate as well, a lot of businesses are going to struggle to re-open again. If customers are seeing this, and are price-conscious, it could draw them towards the Wetherspoons. But at the same time, it could wipe out a lot of the smaller businesses which would be extremely damaging to the local economy.”

Mr Flannery said publicans locally could feel pressurised to drop their price base to match Wetherspoons.

“Therefore, their cost base would also be impacted, so we could be looking at a race-to-the-bottom just to hold onto customers. It could put some business operators under severe pressure,” he warned.