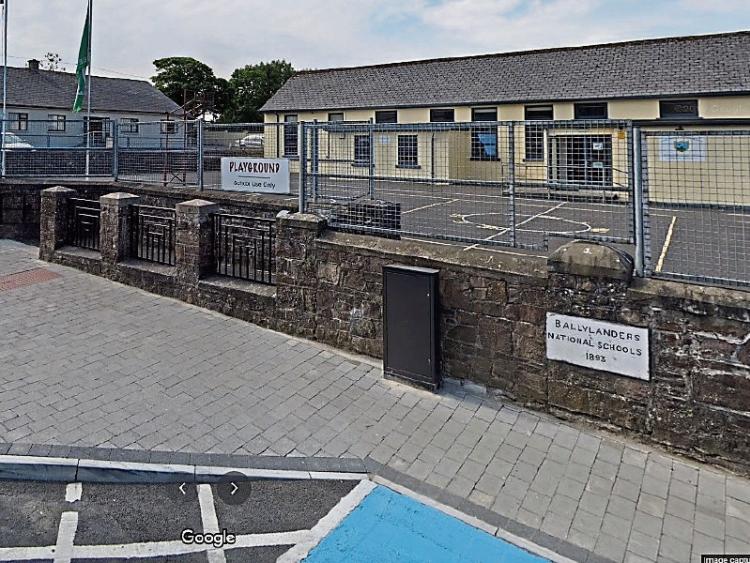 CHILDREN walking to Ballylanders NS  were nearly knocked down after a car broke a red light, said Cllr Mike Donegan.

He was speaking at a Cappamore-Kilmallock Municipal District Joint Police Committee meeting.

Cllr Donegan described what happened on Friday, March 12 as a “very serious incident”.

“I got three or four calls describing to me just how serious it was. Hopefully between An Garda Siochana and the council we can put sufficient safety measures in palace,” said Cllr Donegan, who called for a table top ramp to slow traffic and railings to protect children like in Bruff and Hospital National Schools.

Bruff Superintendent John Ryan said he had received a call in relation to Ballylanders NS.

“We will have the local garda call to the school and work with the council looking at how we can reduce the speed. It is a busy main route going through Ballylanders,” said Supt Ryan.

During the regular meeting of the Cappamore-Kilmallock Municipal District which followed, Brendan Kidney, senior executive engineer, said they were doing a road overlay on the Main Street in Ballylanders and they will incorporate traffic calming measures outside the school.

This was welcomed by Cllr Donegan and his Fianna Fail colleague, Minister Niall Collins.

“I received a number of phone calls regarding the shocking incident in Ballylanders. The R513 is a very busy road and our children walking to school must be protected at all costs. This was a very lucky escape and cannot happen again. I spoke to my colleague Mike Donegan and I welcome the plans for traffic calming measures outside the school to ensure the safety of children on this busy road,” said Minister Collins.

Separate to the Ballylanders incident, Supt Ryan had largely good news for councillors at the virtual meeting.

Supt John Ryan said in the first three months of this year burglaries were down 32% on the same time period last year. However, thefts increased from 25 to 36 – up 23%.

Criminal damage, fraud and assaults are “generally the same compared to this time last year”.

Supt Ryan said drug searches had more than doubled this year – 58 compared to 24. “This resulted in 14 drugs detections – six of which were for sale or supply –  compared to eight last year. Drink driving is down from three last year to one this year. There has been a significant increase in drug driving from five this year compared to none this time last year,” said Supt Ryan.

Roxboro Superintendent Dermot O’Connor had a similar story to tell regarding crime in Ballyneety and Caherconlish. “There has been one property crime in Ballyneety, no burglaries and no crimes against the person. In Caherconlish there is a small increase in property crime. We had 12  – up 50% – mainly thefts but the local guards have them in hand.  There has been two crimes against the person. There have been very low figures this year thankfully,” said Supt O’Connor.