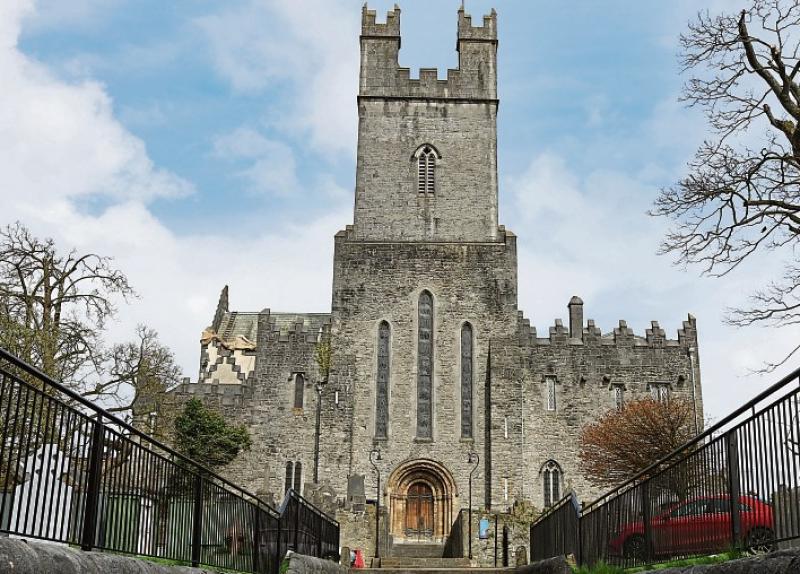 Saint Mary’s Cathedral is an historic and iconic building situated on the fringe of Limerick city centre but very much in the heart of its people.

It has been a place of worship for 853 years, making it, possibly the oldest building still being used for its original, intended purpose. It is certainly one of the most important medieval buildings in the country. It is a living place of worship for the Church of Ireland community, where services are held daily. These services conform to the Anglican tradition and everyone is welcome to attend.

Romanesque in style, tradition claims that the west door was once the entrance to Donal Mór O’Brien’s palace. It comprises five arches, some with interlaced designs and adorned with grotesque heads and alternating stylised flowers.

The current bell tower at the west end was added in the 14th century. In the 17th century, the cathedral was despoiled by Cromwell’s troops. They destroyed the monument to the Earl of Thomond, Donough O’Brien (d.1624), stole the 13th century high altar, sharpened their weapons on the western portal, and even stabled their horses in the cathedral.

The Cathedral was founded in 1168 by Donal Mór O’Brien, King of Thomond (1168 to 1194) and a claimant to the title King of Munster. He was also styled King of Limerick, a title belonging to the O’Brien dynasty since Brian Boru’s annexation of the Norse city in the 10th century.

Recently a fallen/felled tree in the grounds of the cathedral was carved into a fabulous sculpture of Donal Mór O’Brien.

The artist is Will Fogarty who has an artistic business called 'Fear na Coilte' (Man of the Woods) based in Hospital, Co. Limerick. He also carved some of the wood sculptures in The People’s Park.

According to Peter Galloway in The Cathedrals of Ireland St Mary’s was purportedly built on the site of the royal residence of the kings of Munster. It has been speculated that the cathedral’s five-arch Romanesque doorway comes from the palatial home of the O’Brien family. The history of the Cathedral and its association with famous Limerick families is fascinating.

St Mary’s Cathedral is of immense spiritual, historical, architectural and aesthetic interest and features on the tourist trail for self-guided tours. As such it is both a sacred and secular space.

I have a very personal attachment to this place as my maternal ancestors, the Clancy family (of Abbey Fishermen stock and their antecedents), has a burial plot right outside the southern door, which is the entrance that has been in use for as long as I can remember. It is, as far as I can estimate, one of the largest, if not the largest grave in the ancient cemetery and has been situated there, possibly, since pre-Reformation times. Marked with a white Marble cross, the inscription reads: ‘The Roman Catholic Burial Ground of the Clancy Family…’

One of my earliest memories was my Grandmother’s funeral in 1963. I was five years old at the time and recently I put those memories in a poem called ‘Family Tree.’ In fact this building and its grounds have been a source of inspiration for me.

I remember, too, the death and burial of my late uncle Thomas (‘Tawdy’) Clancy in 1978. He was an ex Abbey Fisherman who died while competing in the Plassey Regatta. Tawdy’s expertise as a traditional boatman at the revived Old Abbey, Plassey and Corbally Regattas and his gentlemanly personality earned him a legion of friends, especially among Limerick’s traditional boating community.

I wrote a poem titled ‘Tawdy’ at the time of his sudden death which was published in The Limerick Leader. His funeral had the largest attendance of any I have seen to this day. He is buried in the cathedral grounds in the Clancy plot.

I recently wrote a poem where I imagined the construction of the cathedral in the twelfth century. It does not come even close to presenting that monumental achievement in the way it deserves. ‘Family Tree’ and ‘The Building of St Mary’s Cathedral’ will be published in my next collection of poems, ‘Voices from the Void’ (Revival Press) in April.

One treasure from more recent times that captivates me is an exceptionally well-crafted seat which is the original work of the late Jimmy Clancy, son of Abbey Fisherman Jackie Clancy. Jimmy also carved the virtually life-sized Madonna and Child which can be seen in Our Lady of the Rosary Roman Catholic Church, Ennis Road/North Circular Road. Both are masterful works of craftsmanship.

The seat in the cathedral is in memory of Jackie Clancy (1907-1986). He was my mother’s brother. It bears two biblical inscriptions – ‘Well done thou good and faithful servant’ and ‘Follow me and I will make you a fisher of men.’ It is almost like a tangible act of ecumenism! It features the carving of a salmon, and other decorative features. Both Jackie and Jimmy are buried in the cathedral grounds.

A walk through the grounds will lead you to the United Nations Peace Garden, which pays tribute to the Irish men and women who have served on Peacekeeping Forces and lost their lives whilst on missions in places as diverse as Congo, Lebanon, Cyprus, the Middle East, Somalia, Sarajevo, East Timor, Liberia and Congo.

Also in the grounds there are some notable family tombs such as the Sexton, Boyd and Barrington vaults. Joseph Barrington became a freeman of Limerick city and was created first Baronet Barrington in 1831. Together with his four sons he founded Barrington’s Hospital, for long an important hospital for Limerick, located a short distance from the cathedral on Georges Quay, continuing in use as a medical centre.

The ambience of the interior of this beautiful building is hard to describe and far better experienced than imagined, or, as they say in Scotland, “better felt than telt!” Go and visit when COVID restrictions are relaxed/removed, you won’t be disappointed!

Since 2008 the building has been a venue for free lunchtime classical music concerts – approximately thirty each year! Peter Barley is the organist and choirmaster of the cathedral and he has been curating these musical treats since their inception, over a decade ago. He plays piano, as one might expect, and teaches at the Limerick School of Music (LSM). In recent times due to COVID restrictions it has not been possible to have performers in the cathedral so these concerts have been suspended. Barley also facilitates the lunchtime lecture series.

I have enjoyed many of these concerts in an ancient and intriguing setting with vaulted ceiling, stained-glass windows and wonderful acoustics. The building is a good size, not overly cavernous, which contributes to quality audibility for orchestras and choirs but especially for soloists and chamber music. It has a full, bright sound or “bloom and resonance” as Barley says, “there is warmth in the sound” he adds by way of explanation.

Students from LSM and visiting orchestra musicians and conductors are given the opportunity to perform in front of live audiences in the hauntingly beautiful setting of the cathedral.

Anyone who has attended these delightful sessions will know Peter Barley to be a thorough gentleman, articulate, eloquent and a competent and engaging host. It is clear that he loves bringing these offerings to the people of Limerick.

“I am very fortunate and enjoy doing what I am doing in my professional career. It is what I always wanted from a very young age and it is very much where my heart and interests lie” says Peter.

The concerts are not just for classical music scholars and aficionados. When they resume, drift in take a seat and soak up this truly spiritual experience in the incomparable sacred and secular space.