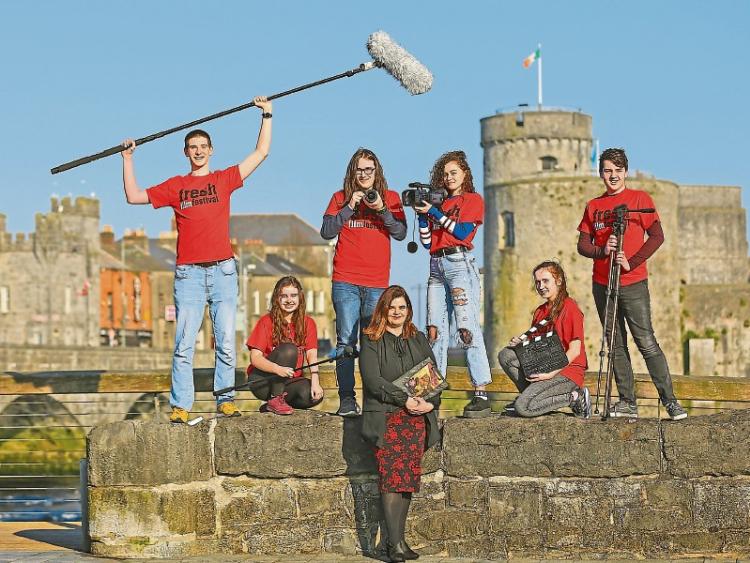 IRELAND’S young filmmaker awards celebrates its 25th anniversary this year as the Fresh Film Festival takes place, over the course of a week, online.

The Fresh Film Festival has showcased the work of Ireland’s talented young filmmakers for the past 25 years. This is their second year having the festival online due to Covid-19 restrictions, and although it’s not how they wanted to host their anniversary they’ve taken it head on.

“I don’t think anything can replicate that feeling of sitting in a cinema with an audience of 500 plus, but we’ve developed a huge programme for online and we think it’ll be an enjoyable week all the same” said Jayne Foley, Limerick native and founder of the Fresh Film Festival.

The festival showcases the films of young people from the ages of 7 to 18 years old. The festival has been a stepping stone for many young filmmakers, with previous entrants going on to work for the likes of RTÉ, BBC and Netflix.

The festival takes place from Monday, March 22 until the end of the week which is Sunday, March 28 via a YouTube livestream.

Presenter and documentary filmmaker Stephen Byrne and comedian and writer Justine Stafford will be hosting this year’s awards. There will be several workshops and screenings of different films over the course of the week, all delivered online.

Jayne told the Leader that some great pieces of film have been entered and explained what she specifically looks for in a winning film,

“What we’re really interested in is their authentic voice. I also always look for ambition and originality. Sometimes we think we’ve seen it all and then something new comes along,” she continued, “however, it’s great sometimes just to see young people having fun making a film. That can be really joyous.”

There are several Limerick contestants this year and Jayne explains that Limerick has slowly but truly developed a culture for film to thrive in.

However, Jayne was able to see the bright side of things and said the pandemic has offered them opportunities they wouldn’t have had before, “Sarah Gavron, the director of Suffragette, is doing an online workshop with the kids. That’s something we couldn’t have pulled off before, I don’t know how we would have gotten her over from London. The pandemic has made the world smaller in a way.”

You can catch Jayne and all the young filmmakers this year from March 22 to March 28 via their YouTube livestream and their website.