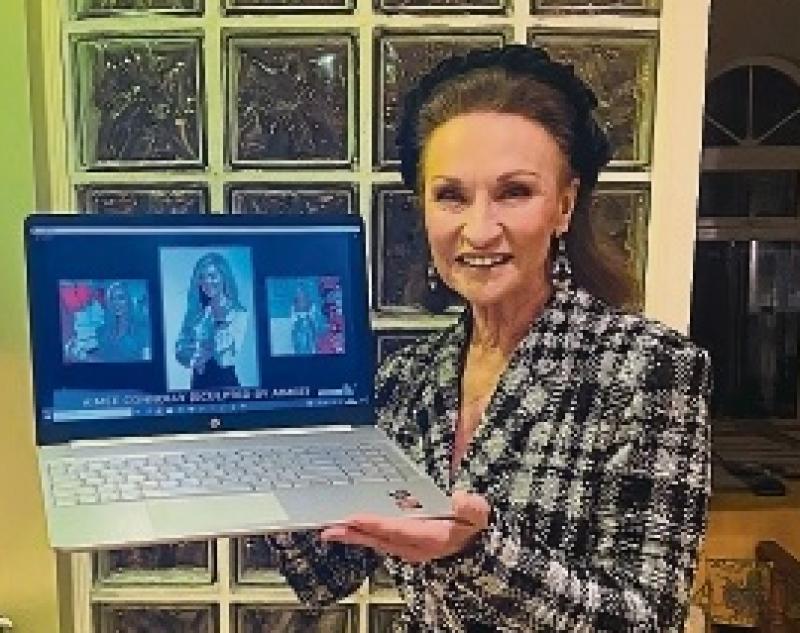 IT was so lovely to film for the RTÉ Today Show in Adare Manor once again.

What an amazing venue it is. The backdrop of the magnificent grounds lends itself beautifully to the fabulous fashions from
Lady Penelope and Zapato shoes in Adare.

There was a great variety of fashion on show with looks for upcoming events whether it be Holy Communions, confirmations, weddings or staycations.

Zapato shoes has become the go-to shoe store in the region with a fantastic array of sneakers in different colours and different styles, to the more glamorous and classy looking shoes and bags.

WHAT I really enjoyed this week was being part of The Gossies 2021 Virtual Awards. I was delighted to present the Best in the Irish Modelling Industry award.

It was my first time being part of a virtual awards ceremony which was broadcast on YouTube on Sunday night.

Some of Ireland's top models were nominated such as Joanna Cooper, Talia Heffernan, Kerri Nicole Blanc, Yomiko Chen to name but a few.

Of course, like all awards, there can be only one winner in each category and the overall winner of Model of the Year was the
beautiful Louise O’ Reilly who is one of Ireland's best known Irish models.

Louise bagged a campaign last summer as the face of Evans which has 180 stores in Ireland and the UK. Congratulations Louise, well deserved!.

There is a huge connection between Limerick and The Gossies.

Alexander Ryan, founder of www.goss.ie, fondly known as Aly in the industry, studied at University of Limerick and worked in the Limerick Post and also Spin Southwest.

It was a great night for Limerick talent. Well done to everybody.