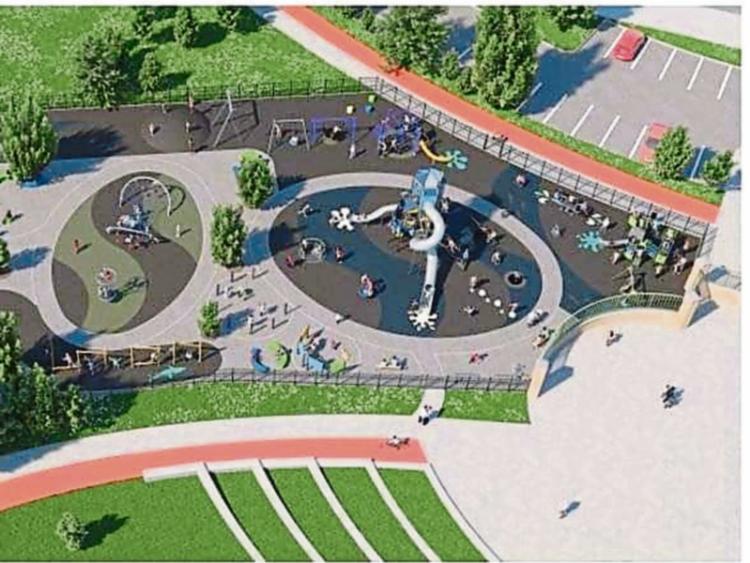 THERE is good news for people in Castletroy after it was confirmed the local playground is set to treble in size.

Limerick City and County Council has announced that a €350,000 investment is to be laid down at the facility, opposite Castletroy College, which will see significant improvements.

Contractors are in place to carry out works including the extension, tarmac resurfacing to all existing footpaths, as well as the construction of leisure running pathways.

There will also be a new multi-use games area, and an enlargement of the existing playground area.

A protective perimeter fence to the play area will be put in place, as well as the installation of a range of play and exercise equipment.

City East Labour councillor Elena Secas, said: “It has been more than half a decade of hard work, lots of representations and a lot of persuasion to achieve this, and I am delighted to see all that hard work paying off now.”

The funding for the project has been secured from development levies, and Cllr Secas added: “Given the amount of housing development happening in the area in the last few years, it was only fair that some of the development levies would go towards improving and expanding this amenity to cater for the increased population of the area and the many young families with children moving into Castletroy.”

The investment was welcomed by Fine Gael TD Kieran O’Donnell, who also lives in the area.

In a statement, he wrote: “The Castletroy neighbourhood park now open for over 10 years has been a great public amenity for the public and is something I campaigned for over many years. Living in the Castletroy area, I know the benefits this playground expansion will bring to the young families here, as well as the upgrading of footpaths and new leisure running pathways will provide for the general population.”

Mr O’Donnell said residents of the greater Castletroy area had been in contact with him expressing concerns at the state of the gravel surface on the existing footpaths.

“I very much welcome that the Council have agreed to appoint contractors to lay a tarmac resurface on all these existing footpaths, which will provide a high-end surface for the many walkers who use this great local amenity,” he said, “Furthermore, local residents have also contacted me about the possibility of constructing leisure running pathways within the Castletroy neighbourhood park.