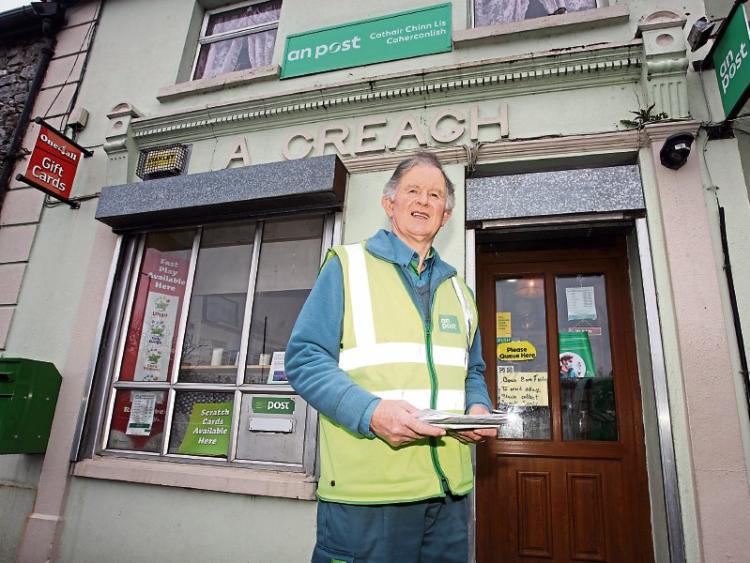 Last day on the job for John Quinlan, postman for Caherconlish and Boher for the last 17 years | PICTURES: Brendan Gleeson

JOHN QUINLAN delivered much more than letters and parcels to the good people of Caherconlish and Boher and surrounding areas.

The postman brought good cheer, a kind word and a smile. The 67-year-old, from Cappamore, delivered his last letter last Wednesday.

In a final touch of class he asked Pat Hourigan and Sean Hogg, the Caherconlish and Murroe-Boher notes correspondents, to “thank each and everyone of you for your kindness, affection and generosity shown to me over the last 17 years”.

Not even a hungry, rabid Alsatian would take a bite out of John on his route because he is such a gentleman. In total, he had over 700 houses to deliver the post to. John wouldn’t have them all in the one day, although he wasn’t far off it under Covid and the increase in online shopping!

The former Limerick hurler concedes he was sad on his last day. Like every morning, he started off in Pallasgreen at 7am to collect the post.

“I was a bit emotional. John Fenton came up and presented me, like they do to every man that's retiring, with a Cu Chulainn statue. He said a few kind words and the lads had a cake there and a card for me. I met loads of people on the run as well,” said John.

He had actually planned to retire in 2019 but had a change of heart. And An Post were more than happy to keep him on.

“I was supposed to retire on March 21, 2019 my birthday, but around March 10 that year I said I'm going to miss this terribly and miss the craic outside with the lads in the morning.” 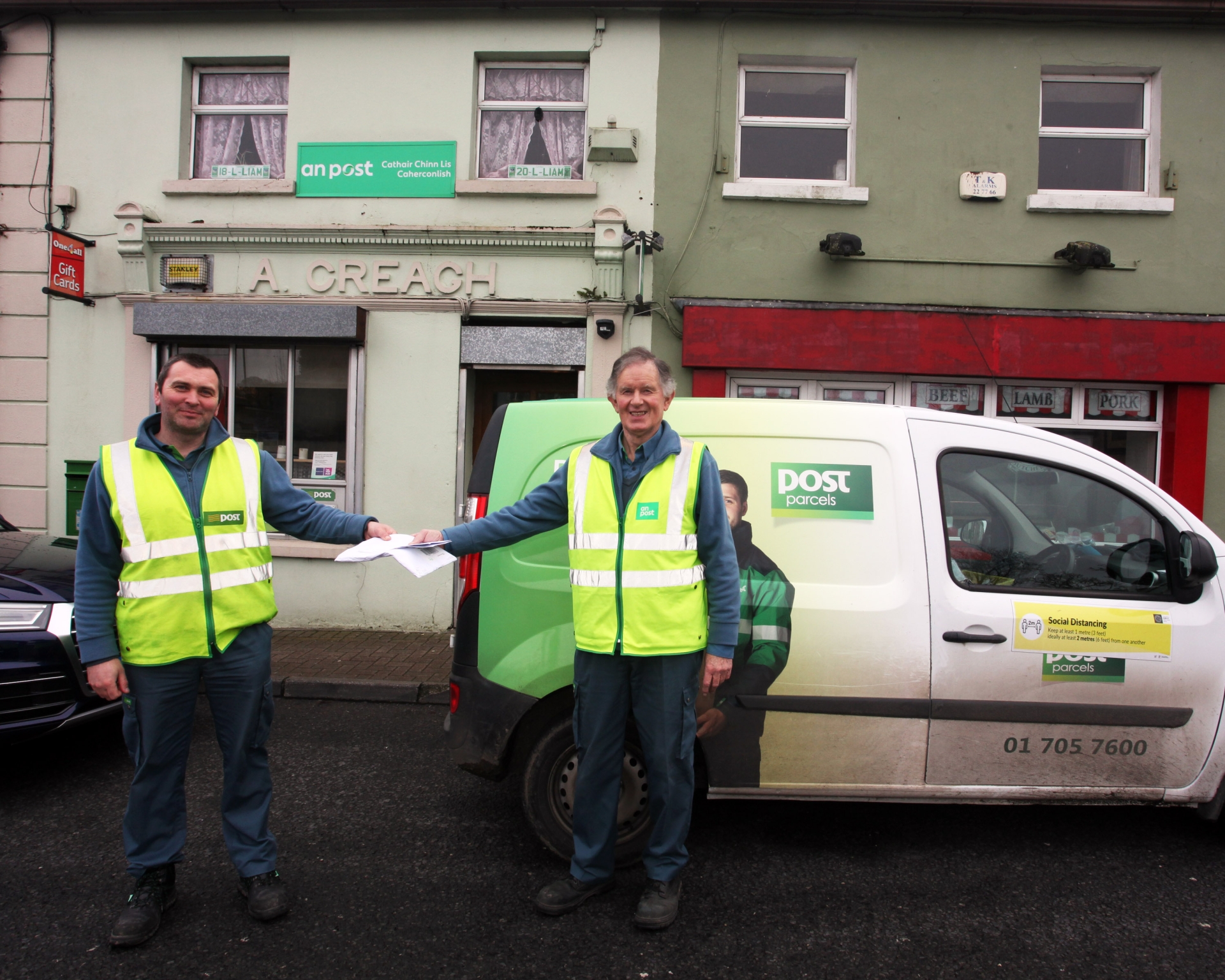 And he is very glad he did stay on as tragedy befell John when his only brother Jim died suddenly while out cycling in Ballylongford a couple of weeks later.

“That absolutely destroyed me because he was the only family I had. I live in a boreen and if I had retired I don’t know what would have become of me. I was so grateful to An Post to keep me on then.”

The people on his route returned to John the eternal kindness he had shown to them.

“I'll miss the camaraderie, I'll miss a lot of people in Caherconlish. When Jim died I was distraught and I still am to tell you the truth but there were people there in Caherconlish, I can't mention names because you'll offend somebody but they were absolutely magnificent – that’s all I can say.

“Not alone coming down to Listowel for Jim's wake and Mass but kind of taking me under their wing when I went back on the post route. There was people I could meet and I could cry with and they understood. It meant the world. I have so much regard for those people and I'll always keep in touch with them.” 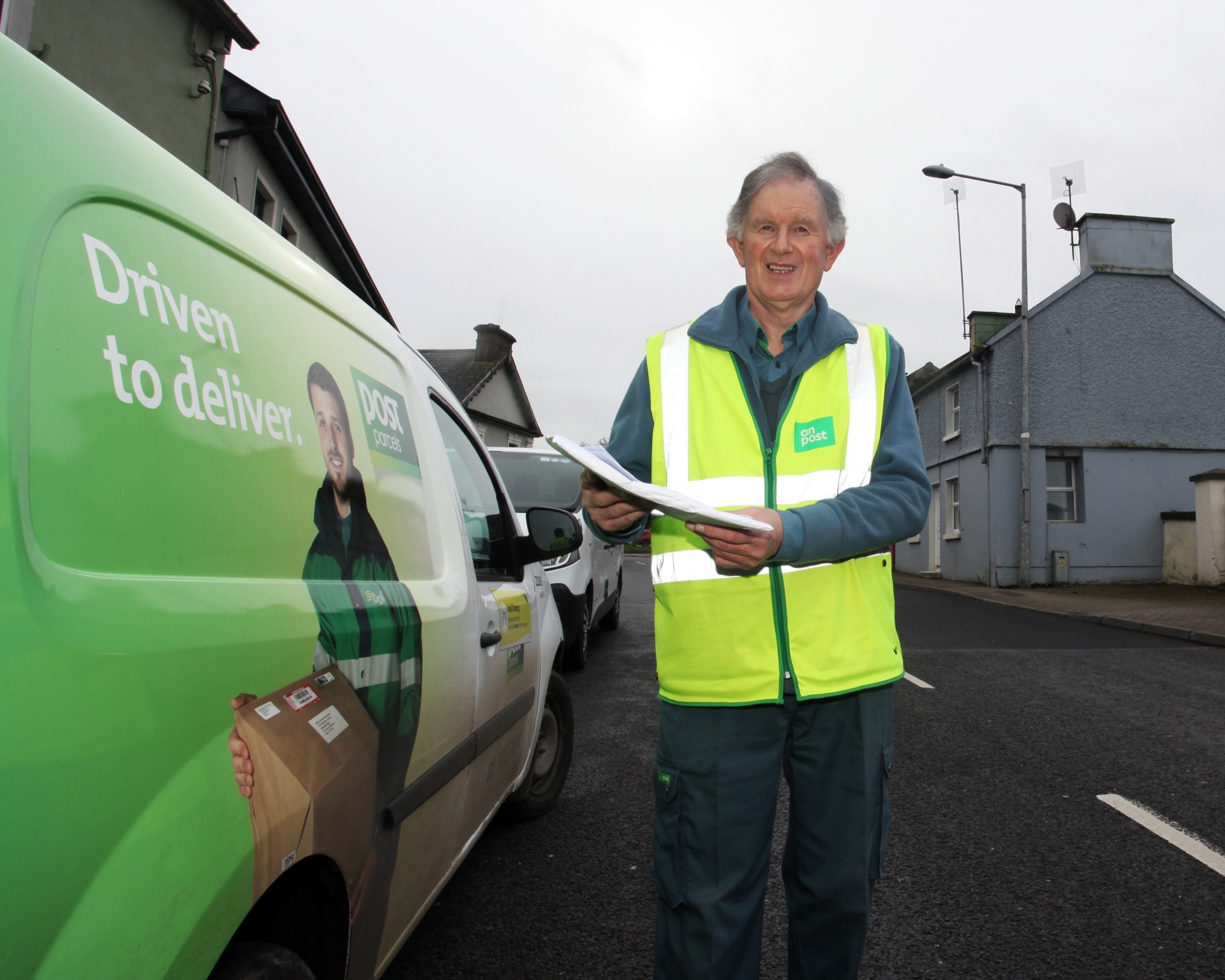 Now retired, John plans to go back farming at home which is where he started out. Indeed, he was working for the Farm Relief Services one day about 17 years ago in Kilteely. The then postman – Mike O’Donoghue, who runs the longest coffee event in Ireland for the Irish Cancer Society, suggested John put his name forward for An Post.

Both John and the people of Caherconlish and surrounding areas are very glad he did.

John wishes to thank his bosses in An Post– Mary Rogers and John Fenton; Lou Ryan, former postmistress in Pallasgreen, all his past and  present work colleagues and everybody he met along the way.