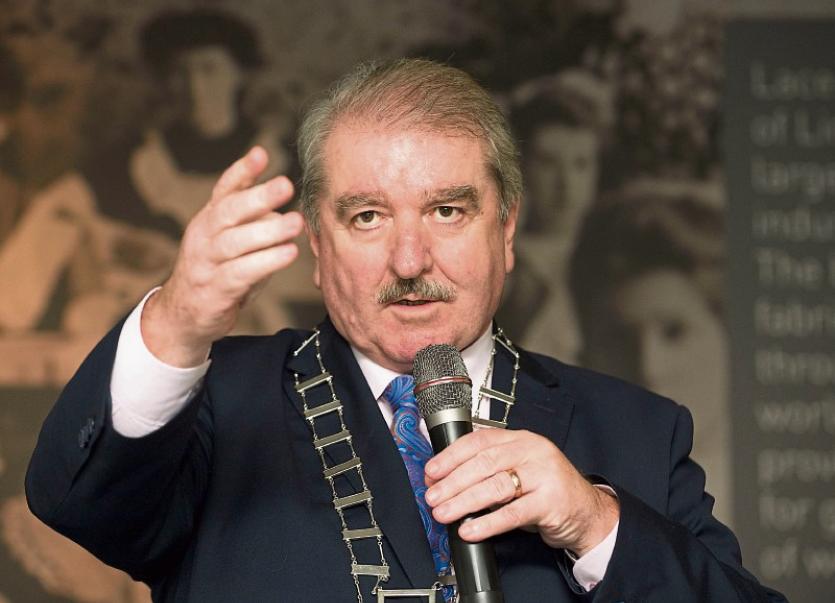 A FORMER mayor says he’s so frustrated about the lack of an adequate sewage treatment plant in his local town that he is considering picketing the offices of Minister-of-State Patrick O’Donovan.

Cllr Kevin Sheahan floated the idea at a recent meeting of the Adare/Rathkeale Municipal District which took place virtually.

He said plans to upgrade the existing plant in Askeaton were first mooted a decade ago but that the projected cost means it has not been progressed.

“The situation is that the amount of money allocated for upgrading the sewage scheme in the town of Askeaton is approximately €6.5m and the cost of what’s needed is €10m,” he said adding the project has not been included on the list of works to take place between 2022 and 2028.

“We won’t even get on the list because the cost is excessive and I am asking this committee to support me in requesting that we correspond directly with the Minister for the OPW – a former colleague on the council, Minister O’Donovan – that he would be asked to investigate this and to ensure that we have a proper treatment plant in Askeaton,” he said.

Cllr Sheahan said action is needed immediately as Irish Water has begun objecting to new planning applications for housing in the town due to the lack of capacity at the existing sewage plant.

“​I am passionate about what I am talking about. When I stand on the bridge in Askeaton and see raw sewage going down in the River Deel.

“It is time that this is stopped and we will have to start some kind of a campaign outside the minister office – and it can be his office in Newcastle West or his office in Dublin I don’t care,” he stated.

While there was full support for Cllr Sheehan’s request to engage with Minister O’Donovan, there was reluctance to engage in any sort of picket.