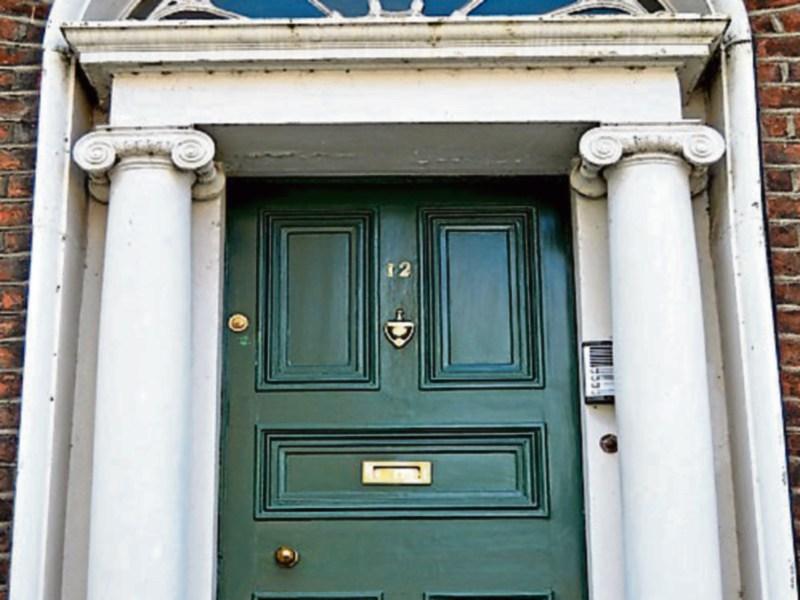 The pandemic has impacted on all of us in various ways. Covid restrictions are especially difficult for business and artistic communities locally, nationally and internationally. Many artists, writers and musicians have had to forego public exhibitions, book launches and gigs, which has a financial and psychological impact.

Nevertheless, lockdowns have been a time of creativity for many of these artists and that is a positive outcome.

Limerick is a thriving centre of culture in terms of art, literature and music and the Limerick Writers’ Centre (LWC) and its poetry imprint, Revival Press (RP) are an integral part of that community, worthy of attention and support.

One of its core values is that literature (writing) has the power to transform individual lives and communities. It works to advance the artistic development of writers and seeks to foster a thriving literary community.

The short-listing in 2016 of one of its writers, Ron Carey, a poet from the largely working class estate of Ballynanty, for one of the most prestigious literary awards in Ireland and the UK, The Forward Prize for a first collection, is some evidence of LWC’s success in fostering an inclusive writing community.

Every person’s creative literary output, whether through poetry, novel or memoir has value and should be celebrated and, if possible, memorialised through publication.

LWC aims to put poetry and prose, in a community setting by bringing literature to people. Sometimes in surprising ways its publications can, as Heaney said, “catch the heart off guard, and blow it open.”

It hosts more than 50 events annually, including readings, book launches, creative writing classes and two festivals (‘April is Poetry Month’ and ‘Limerickfest – Bring Your Limericks to Limerick’). Its community publishing programme was established in 2008, with 115 titles since that date – 35 LWC books and 80 RP works. All of these are a physical manifestation of creativity.

The demise of literature

Large conglomerate publishers who dominate the marketplace are not always run by literary editors but frequently by marketing people. Books from these publishers have, in many cases, become mere adjuncts to the world of mass media, offering light entertainment. This has spawned the rise of celebrity-driven publishing, which is almost entirely a matter of profitability.

In the USA, for instance, the top twenty publishers control ninety-percent of book sales. The result is that they control what a sizeable number of the population reads. As the author Edna O’Brien recently stated, “Real literature is on the decline and being marginalised.” Thankfully there are publishers who still publish works of aesthetic merit, not least those of our own Kevin Barry and Donal Ryan…

Each year LWC works with around 300 emerging and established writers, creating learning opportunities through classes and a platform for sharing and feedback. It actively encourages writers – from the serious career minded to people who write for pleasure, healing, personal growth, insight, or just to inform. Over the years it has produced a broad range of writing, including poetry, history, memoir and general prose. Writers help us to see the world differently and engage us in very special ways. But it is hard to write and it is harder to keep writing. It takes a lot of dedication and skill and often for little or no financial gain.

LWC can guide the writer from the blood, sweat and tears of the writing process to the joy of publication. It has assisted many in making that journey from the imagination to the page, a journey fraught with difficulties. That journey is rarely an easy one. Anyone who has tried their hand at writing knows how easily plans can go astray, fizzle out and lose momentum.

Through their creative writing courses LWC assists individuals to unveil their creative potential. From absolute beginners to the more experienced participants it offers a perspective that would be impossible for someone working alone to experience. The group experience can also develop a vision with realistic goals that connects with a person’s deepest dreams and desires – in other words, develop a creative path.

Small independent publishers like LWC/RP are run by people who have a passion and believe that writing, whether in the form of poetry or prose matters in the way it has always mattered to make sense of our lives. LWC courses can inspire, generate confidence and assist in bringing dreams to fruition.

The act of writing whether it is a story, keeping a diary, a memoir or a poem can be therapeutic and transformative. Increasingly ordinary people are discovering that they have a story to tell that has significant value. As Frank McCourt said, “I have learned the significance of my own insignificant life.”

The name ‘Revival Press’ goes back to our great Limerick poet Desmond O’Grady and to the late Barney Sheehan, founder of the poetry readings in The White House Pub in 2003. Barney christened the name of that reading The White House Poetry Revival. He chose the name ‘Revival’, with its evangelical overtones, because in 1954 Desmond O’Grady and his fellow poets first began a weekly reading in the White House. As Desmond has written, “Poets had not read their poems in a public house in Limerick since the tradition of Irish Gaelic poets had died centuries ago. Its rebirth in 1954 brought people into a small but appreciative arena.”

Sadly those readings have now passed into history and legend, but it is this tradition which LWC honours by naming its poetry publishing imprint ‘Revival Press.’

The bread of life

Poetry moves us into the world of the imagination and can be a deliverance from the cold, grey, analytical and scientific view of the world. It can, as the psychologist James Hillman noted, “move us from the fiction of reality to the reality of fiction” – to the metaphysical and transcendent quality of the soul.

It is heartening that there are still small publishers like Revival Press who contribute to the spread of ideas that can reach the human mind and perhaps spark new thoughts and new ways of understanding the world in which we live.

Recently LWC has had to vacate its home, 12 Barrington Street, after 13 years and is looking for a space to enable it to conduct its workshops and group meetings. It has temporarily relocated to the Umbrella Project, 78 O'Connell Street but this only serves as a daytime location.

Book launches and readings are important cultural and artistic events. Many LWC/RP launches and the On the Nail open-mike readings have been hosted in The People’s Museum, 2 Perry Square. Other public spaces have been used, such as The Granary City library through the generosity of its manager Mike Maguire.

Dominic Taylor (Director of LWC/RP) deserves credit for his dedication as does Lotte Bender who has been responsible for creating the professional look for their publications in terms of formatting and design.

It is important for LWC to have the support of the community in times like these when no live events are possible. Even though we sometimes complain about the intrusion of the cyber world in our lives, it is heartening that we can communicate with one another using tools like Zoom and Facebook.

It is extraordinary that LWC/RP functions almost entirely without official funding! I would encourage the official custodians of culture to consider the immense value of its work in this city and to support this community of writers as generously as they deserve. This can be done by providing it with a permanent home suited to its various functions and the financial stability needed to enable it to continue its exemplary work, of which many of the citizens of Limerick are rightly proud.