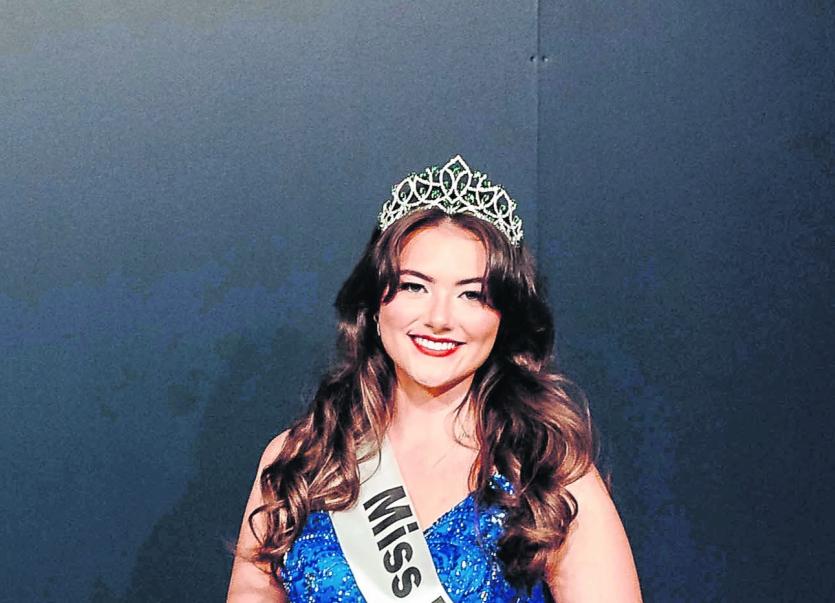 Miss Limerick 2020, law student Kyla McGowan, 19, who was crowned Miss Limerick last September says: 'The women of Ireland have been silenced for too long and we won’t stand for it anymore'

THE director of the Miss Limerick competition has resigned from his role after he says he was "ordered" by the Miss Ireland organisers to strip a Limerick teenager of her title.

“The women of Ireland have been silenced for too long and we won’t stand for it anymore,” the law student penned on her Instagram page.

The organiser of the Miss Limerick and Miss Clare heats, Patrick McLoughney, says he received an email from the Miss Ireland competition “ordering me to strip Kyla of her crown”.

“Like my father before me I am a man of my word. I refused to strip Kyla of her title and resigned from the organisation,” Patrick wrote on his Instagram account.

The Miss Ireland competition has been at the centre of a media storm in recent days since one contestant, Blue Scannell from Dublin, quit the competition over the rule that you cannot have given birth to a child to take part.

Blue, who was due to compete for the Miss Dublin title, pulled out in protest, labelling the rule as “a complete disregard for women”.

In an open letter to the Miss Ireland organisers, the 19-year-old midwifery student hit out at the “outdated” rule. She added that she is aware that the rules about being childless are in accordance with the rules for Miss World, and don't just apply to Ireland.

In a reply to Blue, the organisers of Miss Ireland stated: “We are a little surprised that it has taken several months for you to raise your concerns and issues with this term of entry.”

Then, on Thursday, Kyla who was crowned Miss Limerick last September, decided to pull out of the Miss Ireland final saying: “I do not want to be part of a competition which discriminates against some women or forces women to leave the competition should they raise a valid question about a rule.

“The response @bluescannell received was not something I am happy to stand behind and be a representative of,” Kyla wrote on her Instagram page.

A law student at Trinity College Dublin Kyla added: “I will still hold my title of Miss Limerick and do all I can to achieve the aims I set out for myself and my county this year.”

“I would just like to say that this further reinstates the belief that you cannot stick up for yourself and other women under the current management. I really do hope things change soon. It was my intention that I could keep the title for the year but just not enter the final. I am sorry that this unfortunately is not the case. There is not many people who would forfeit their role because they believed in something but that is exactly what Patrick McLoughney has done. Truly a man of his word. I cannot thank you enough for your support.”

The Miss Ireland organisers have been contacted for comment.