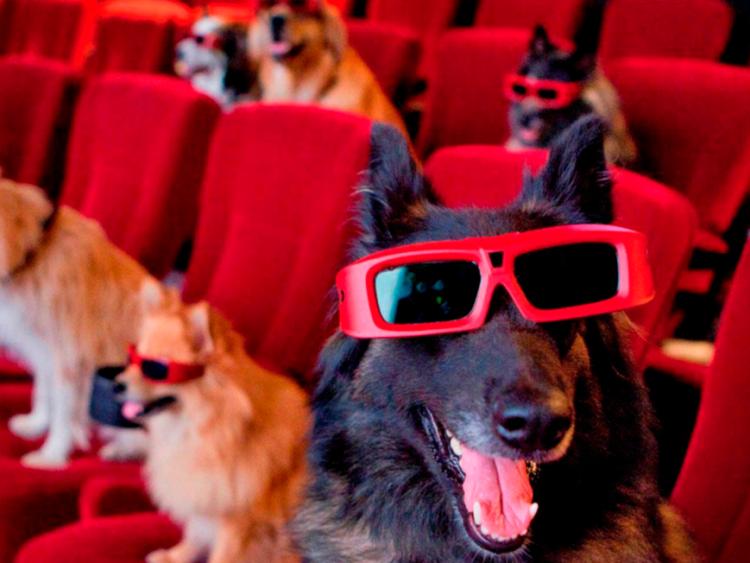 Let's start the week off on a weird note. Craig's a puppeteer but there's no money in it so he takes an office job. One day he finds a hidden door and when he steps through it he...... To say more would ruin this absolutely bizarre and comedic headtrip of a film. Spike Jonze's feature debut is one you'll either love or hate. It's worth watching though for the mighty cast of John Cusack, Cameron Diaz, Catherine Keener and of course John Malkovich

Strange things are happening in Sheila's world and the people that inhabit it. And they all seem to be because of a chance purchase. This 2018 horror is a dark, warped, stylish and intense watch that feels like a particularly crazy take on Dario Argento films. But it's surprisingly funny too and one that will hang around in your head for the rest of the week. Marianne Jean-Baptiste, Gwendoline Christie and Steve Oram all nail their parts.

The masks from Silver Shamrock are the big thing this Halloween and all the kids want one. Horrible things tend to happen to anyone who wears them though. The 3rd Halloween is a huge departure for the series and it's all the better for it. It's gloriously bonkers stuff, disgusting, inventive, action packed and just plain odd. Genre stalwart Tom Atkins has a whale of a time in the lead and our own Dan O'Herlihy is an enjoyable baddie.

The existences of 4 men crash together in this small town tale of crime and corruption. Set over 15 years this is about the cyclical nature of life and how acts of violence have effects that take a long time to fade away. Top flight cast in this one with Ryan Gosling, Bradley Cooper, Eva Mendez and especially Ray Liotta all on fine form. A long but very absorbing watch that feels like a mini series condensed into movie form. But in a good way.

The 1920's. The Indian subcontinent. The country is riddled by Brits (never not at it) intent on causing division. A woman and her future mother in law arrive and want to explore but her soon to be husband informs her that that just isn't prim and proper. David Lean's last film is a quality watch about colonialism, racism and class and the dangers of all three. The cast is second to none with Judy Davis, Art Malik, Alec Guinness and many others popping up.

The story of Frank Abagnale, a teenager who conned his way around the world with a fake uniform and balls of brass. Leonardo DiCaprio is in great form as Frank and Tom Hanks is..... well he's Tom Hanks as the FBI agent tasked with catching him. Throw in a superb Christopher Walken as Frank's Da as the icing on the cake  A sorely underrated film from Steven Spielberg that's extremely entertaining while being laced with a dark cautionary edge.

After he's gunned down on his first day on the job a police officer is resurrected as a law upholding cyborg. His mission - to clean up Detroit. Paul Verhoeven's 1987 sci-fi thriller is still an amazing film. Darkly humorous, cynical, brutally violent and scarily prescient about the way society has evolved in the 34 years since it's release. Peter Weller as the man in the visor is perfect and Kurtwood Smith is a terrifying bad guy.

A tragedy has left their marriage on the rocks so a couple heads away to an island retreat to shut out the world and concentrate on themselves. Then someone washes up on the beach and he brings horrifying news. But is it true? Cillian Murphy and Thandie Newton do solid work as the leads of this tense and lean little thriller while Jamie Bell as the newcomer simmers with danger. A nicely twisty watch.

One of the best films of the 90's, a modern classic magnificently adapted & thankfully pared down from James Ellroy's labyrinthine novel. Three very different policemen find themselves up to their necks in dodginess in post WW2 Los Angeles in the aftermath of a massacre. This is immensely satisfying stuff with a story-line that demands you pay attention. Russell Crowe, Kim Basinger & Guy Pearce give career best performances too.

Because of a new law, a young girl in Budapest loses her beloved dog and sets out to find him. However the dog is sick of being treated badly by other humans. A real one of a kind film here, surreal, brilliantly made and pretty damn hard to watch in places but it really is something else. Zsófia Psotta as Lili is a fine young actor and the film gives an insight into a country and a culture we rarely see on film.

An old school boxer suffers a catastrophic brain injury during a bout with an up and coming contender. Journeyman is the story of his way back. From the description you might think this is yet another boxing by numbers movie but Journeyman is far more about the road to recovery than the sport that caused it. A phenomenal Paddy Considine will keep you glued as the screen and Jodie Whittaker as his long suffering wife does first rate work.

Ed is a lost and listless teenager. Ashby is an ex-CIA wetwork man with a terminal illness who wants to complete one final task. They make for an unlikely couple of friends. This one's a bit of an overlooked treat, a comedy/drama/thriller that's a lot deeper and funnier than you'd expect it to be. Mickey Rourke as Ashby reminds us why he was such a popular leading man all those years ago and Nat Wolff puts in a grand shift too.

The life and times of Sir Percival Wallace, a British army Colonel who was one of the first outsiders to explore the Amazon jungle, a place he rapidly became obsessed with. This was my favourite film of 2017. An old fashioned drama with an epic scope, that's full of wonder and amazement. Charlie Hunnam does career best work as Wallace and Sienna Miller, Robert Pattinson and Tom Holland back him up admirably.

It's his 40th birthday and Mitch is feeling itchy. He needs out of Manhattan and a trip to a cowboy ranch with his two best friends is just the ticket.  But Mitch and his friends are about as far from cowboys as you can get. This one is a joy, hilarious, heartfelt, thrilling and despite being 100% comedy it manages to hit every beat you'd expect from a western. Billy Crystal, Helen Slater, Daniel Stern and the late great Jack Palance all hit the spot here.

Katherine is a young woman leading a loveless existence in arranged marriage in rural 19th century Britain. Darkness descends on her life when she embarks on an affair with a farmhand. A tough film that will linger in your head long after it's over but it's really worth your time. This is the side of English period dramas we never get to see. Florence Pugh is an extraordinary lead in an intelligent stunner of a story.

"Here's to you Mrs Robinson". We all know the song but this is the film it's from. Dustin Hoffman is at his geeky best as a man who becomes involved with a older woman and her daughter. Complications ensue. A funny, wry, sarcastic and cynical film that rightly sits highly in many Top 10 of All time lists. It's dated but somehow ageless and it's one worth setting your box to record. Plus Anne Bancroft rules.