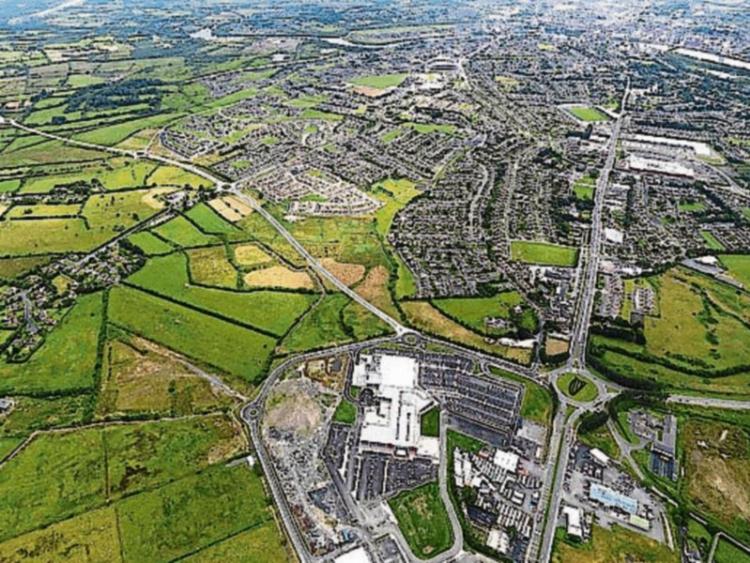 The Coonagh to Knockalisheen Road has been in planning since 2007

A “SIGNIFICANT investment” for the northside is “dependent” on the completion of the Coonagh to Knockalisheen Road, the council's chief executive has said.

Dr Pat Daly was speaking at a specially convened meeting of Limerick City and County Council, where members almost unanimously backed a motion to call on Green Party leader and Transport Minister to sign documents to allow the €58m road to proceed as already agreed – and also seek the intervention of An Taoiseach Micheál Martin.

.@LimerickCouncil members are preparing to meet (remotely!) to discuss huge issue of 58m Coonagh to Knockalisheen Road, seen as vital for Moyross.

Meeting kicks off at 3pm and for a full recap, check out the @Limerick_Leader tonight. pic.twitter.com/lLZhmSXC5X

Anger has especially grown in Moyross, after Mr Ryan met with stakeholders and community representatives to discuss the €58m project leaving them with the belief it may be not be progressed as was previously envisaged. This was confirmed on Monday when local Green Party TD Brian Leddin suggested only two-thirds of the road be completed.

The road would see Watch House Cross linked to the Coonagh roundabout via a new roundabout at Moyross Avenue which would link to the Knockalisheen Road on the other side.

It’s seen as being crucial in opening up vast tracts of land for development, and ensuring Moyross is no longer isolated.

This was something which Dr Daly homed in on, saying: “The road opens up infrastructure, infrastructure opens up investment. We have been working very diligently across the executive on bringing investment not just to Moyross, but across the regeneration areas. We have a very exciting project come through ‘expressions of interest’ that we’re hoping to get approval from the investors to talk about and release over the next few weeks.”

However, he said it will be “dependent” on the progression of the road, which up to now, has only been opposed locally by the Green Party.

.@LimerickCouncil boss Dr Pat Daly says we have 'no permission' to 'chop up sections of road', in response to query from @jamesjcollins after @BrianLeddin suggestion over 2/3 of road completing.

In response to a query from Cllr James Collins, Dr Daly said: “Our advice across planning, procurement, tendering and legal is we have permission for a full road. A full road only, and that we’ve been working on that basis. Chopping up the road, shortening it, or even extending it, we feel we have no planning permission for that. So we have to work forward on that basis.”

Director of housing Aoife Duke also pointed out that something she feels is lost in the debate around the Coonagh to Knockalisheen Road is the fact it will provide local employment.

“The road will immediately bring employment to local people because of the social clause attached to this contract. Local people will be employed in the building of this road, and that’s a hugely positive story that’s often lost in the background to the discussions,” she said.

Sinn Fein’s northside councillor Sharon Benson, whose motion led to the special meeting, said: “We all remember the despair and despondency that the residents of Moyross experienced during the violent criminal feuds that took place some years ago. We all remember the false dawns the regeneration project offered.”

“Regeneration envisaged the construction of this road. I recognise this is not a panacea to the challenges the northside faces, but it is an important piece in terms of removing the physical isolation and exclusion this area has faced.”

She criticised the Green Party, claiming it has “undermined the project” by suggesting “an ill-conceived and non-viable alternative of a partial construction.”

Cllr Kieran O’Hanlon, Fianna Fail, added: “We are not just talking about a road here. We are talking about a community, and it’s been extremely disappointing to see what’s been happening over the last few weeks in particular. When we entered government with Fine Gael and the Greens, we entered on the basis of trust. We also entered on the basis of existing projects already agreed would be completed. Someone said before, it’s small things that trip up government. It’s quite important the leader of the Green Party honours his commitment not just to the people of Moyross, but the people of Ireland.”

His northside colleague, councillor Olivia O’Sullivan of Fine Gael, added: “We have nothing out here in comparison to other areas of the city. Look at Castletroy or the Raheen Industrial Estates in terms of employment opportunities, and compare it to what you meet as when you enter the city from the county boundary out here. We have nothing in comparison.”

“Not delivering the project in its entirety means the community of Moyross will once again by the people who suffer the most,” she said, “The Green Party interference in this is principles over people, and this is wrong.”

Sinn Fein’s councillor John Costelloe highlighted the construction of almost 10km of new cyclepaths around the Coonagh to Knockalisheen Road as green initiatives.

“This road will allow for greater access to the national roadway, thus reducing the carbon footprint in the urban and residential area,” he said, “We cannot reverse procurement decisions on projects such as this. Not alone will it set a very dangerous precedent, but it will ruin communities and wreck the construction industry.”

Northside Independent member Frankie Daly paid tribute to the community of Moyross, who have launched a high-profile campaign push for the road to be built. Many of these people joined the meeting, swelling the attendance to 57 people – including almost 40 councillors – earlier.

“The beacon of hope this road is provides cannot be underestimated,” he said, also pointing out that it will provide benefits to the residents of the Knockalisheen Direct Provision Centre which is linked to what he described as a “very poorly constructed” road.

“This is a critical piece of infrastructure. A lot of this might be more apparent for a lot of the county members. If Eamon Ryan is allowed to get his way, what’s to stop him putting nappies on cows? This is what we are dealing with here,” he said.

There was further criticism of the Green Party, with Cllr Daniel Butler – a drugs education worker in Moyross – criticising the “condescending” way they have spoken to locals in terms of their own priorities for the area like light rail.

City north Labour councillor Conor Sheehan said: “We should not be here today. We should not be having this discussion, and this should not be happening. The casual disregard shown by the Green Party, their TD and part leader, Minister Eamon Ryan has been nothing short of a complete disgrace.”

"There are three parties in this unhappy marriage and it is high time @MichealMartinTD and @leovaradkar reigned in the wayward children and forced @EamonRyan to sign this tender." pic.twitter.com/3eHuvt9Y5g

He described Mr Leddin’s suggestion only two-thirds of the road be completed as “illogical and counter-productive to the economic and social development of Moyross”.

“This entire plan was concocted by Deputy Leddin to frustrate the construction of the Northern Distributor Road and the community of Moyross are being used as mere pawns in this Green scheme,” he told the meeting.

However, he didn’t lay the responsibility solely with the Green Party, saying: “If this project fails the blame will also fall with Fianna Fail and Fine Gael. There are three parties in this unhappy marriage and it’s high time Micheál Martin and Leo Varadkar reigned in the wayward children and forced Eamon Ryan to sign this tender.”

Councillor Sasa Novak, who was co-opted in place of Green Party TD Brian Leddin on the northside, said: “We want the best for Moyross, St. Mary’s Park, Ballinacurra Weston, Southill, the whole of Limerick. We all want a city that’s accessible to all. I reiterate my commitment that I will work as hard as I can towards this goal. But to reduce a significant challenge that is regeneration to just one contract, to funding just one project, is an attempt to score political points and to deflect attention away from the failure to deliver that what we are all responsible for.”

She said she has been the victim of a “campaign of harassment” on the internet, a move which forced her to lock her account for a time last week.

“Last week a concerted campaign started on social media. It purported to exert political pressure on the Minister for Transport, but soon turned into a harassment campaign. Hence my silence,” she added.

Her Green Party colleague Sean Hartigan added: “Residents of Moyross and neighbouring communities need proper connectivity with each other and direct, safe access to the existing LIT campus, shops, schools, sports clubs and other facilities for people on both sides of the fence.”

“If the single biggest spend on regeneration is to be on the Coonagh-Knockalisheen Road, a similar amount that was spent on the 269 houses built in regeneration areas since 2008, then it’s important it’s spent in a way that ensures its the people of Moyross are getting the greatest benefit,” he concluded.

Some 32 councillors passed the motion, with Green councillors Novak and Hartigan both abstaining.

For the latest on the controversy, stay will limerickleader.ie and check out next week's print editions.