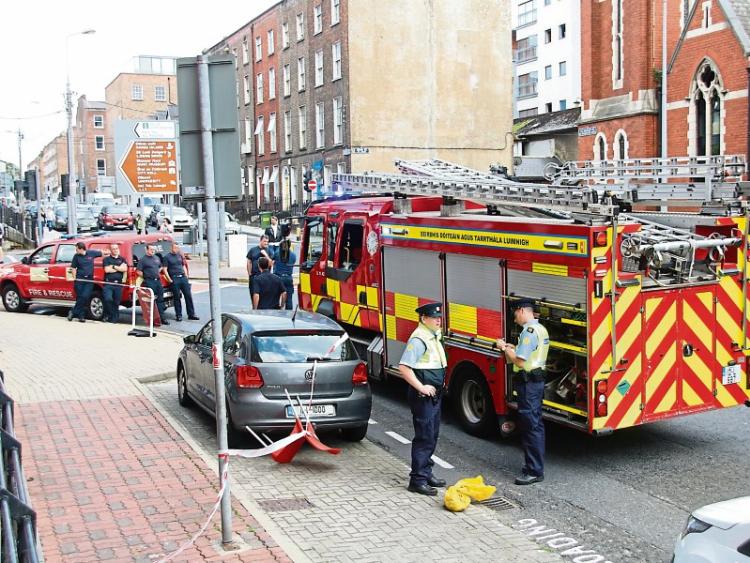 A MAN who sustained life-threatening injuries when he was repeatedly stabbed by his flatmate has described how he is worried about his future.

The now 33-year-old made his comments in a victim impact statement which was read during the sentencing hearing of the culprit.

Jean Louis Fancony, 37, of no fixed abode was convicted by a jury last November of “intentionally causing serious harm” to his then flatmate on July 22, 2019.

Detective Garda Colum O’Shea told Limerick Circuit Court the incident happened at an apartment the pair shared at Riverpoint in the city centre at around 3.30pm.

He said there was a disagreement between the men about money and that Mr Fancony, who had lost his job a number of months earlier, stabbed the victim several times with a large knife.

The victim managed to escape from the apartment but was followed as he made his way along a corridor and down to the foyer of the apartment complex.

Detective Garda O’Shea said the alarm was raised by a passer-bye who described how the victim had his intestines “in his hand” as he emerged from Riverpoint. Members of Limerick Fire and Rescue who were on a training exercise nearby were alerted and provided assistance pending the arrival of paramedics.

The detective told John O’Sullivan BL, prosecuting, that Mr Fancony then returned to the apartment before leaving via a fire escape and walking along the Dock Road.

A knife was recovered when he was located near the Irish Cement Roundabout later in the day. “He was bloodied when arrested,” said Mr O’Sullivan.

Mr Fancony was taken to Unit 5B at University Hospital Limerick for assessment a number of hours after his arrest but was discharged the following day.

During interview he told gardai he had stabbed his flatmate in self defence after he went to grab the knife which, he claimed, was on the kitchen counter.

However, addressing the court Mr O’Sullivan submitted that provocation was “not a feature of the case” and that the jury had rejected Mr Fancony’s version of events.

Reading a letter from his client, Andrew Sexton SC said Mr Fancony wished to apologise but maintains he did not mean to harm the injured party.

The victim, who was underwent life-saving surgery following the attack, described how he still finds it “hard to comprehend” what happened and how it is heartbreaking not being able to do a lot of things he used to do before the was stabbed.

“It is a life sentence for me” he said adding: “I am now fearful and worried of what the future holds.”

Judge O’Donnell will finalise the matter after hearing further submissions from Mr Sexton later this week.