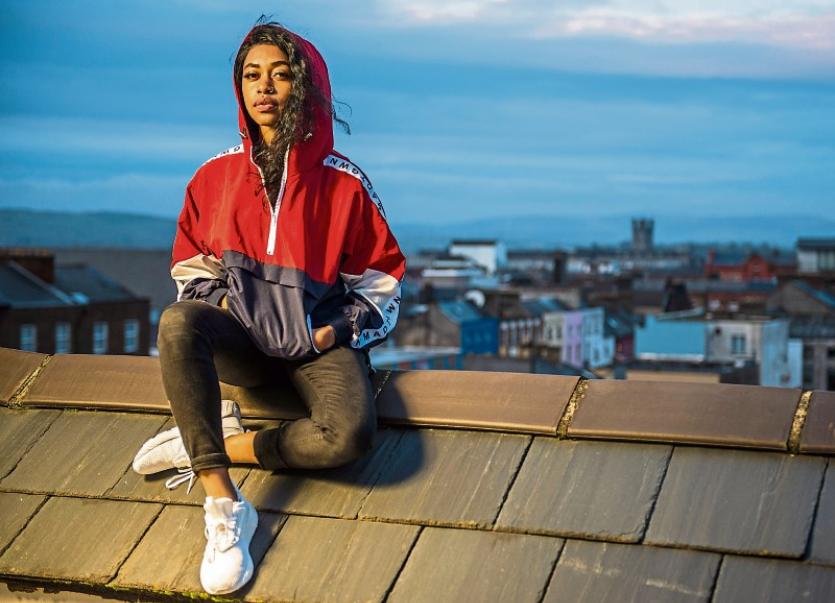 LIMERICK hip hop artist Denise Chaila jumped on her bed with excitement after learning she has been shortlisted for the RTÉ  Choice Music Prize Irish Album of the Year 2020.

Denise, who was raised in Zambia until the age of eight and relocated to Limerick in 2012, said her heart was “bursting out of my chest” with the news.

In association with IMRO and IRMA, the Irish Album of the Year 2020 is one of the most prestigious music prizes in Ireland.

Life update: JUMPING on the bed. The way my heart is bursting out of my chest rn is wild. Go Bravely was nominated for the @choiceprize and I for one am incoherent about it. Congratulations to EVERYONE ✨✨✨ what a moment oh my goodness.@narolanerecords hold me pls pic.twitter.com/focNKKIMSO

The former UL student cites Lauren Hill as one of her big musical influences.

The Irish Album of the Year 2020 will be announced live on RTÉ 2FM in a special Tracy Clifford Show from 12-3pm on Thursday, March 4 and broadcast live on RTÉ Player. The show will feature live performances from some of the shortlisted acts, further details on the line-up to be announced soon.

The 16th annual RTÉ Choice Music Prize will once again celebrate the best in Irish recorded music. The prize has become one of the music-industry highlights of the year since its inception in 2005.

The Irish Album of the Year award is chosen from a shortlist of 10 albums by a panel of 11 Irish music media professionals and industry experts. The full list of judges is listed here.

The winning act will receive €10,000, a prize fund which has been provided by The Irish Music Rights Organisation (IMRO)  and The Irish Recorded Music Association (IRMA).

All shortlisted acts will receive a specially commissioned award.