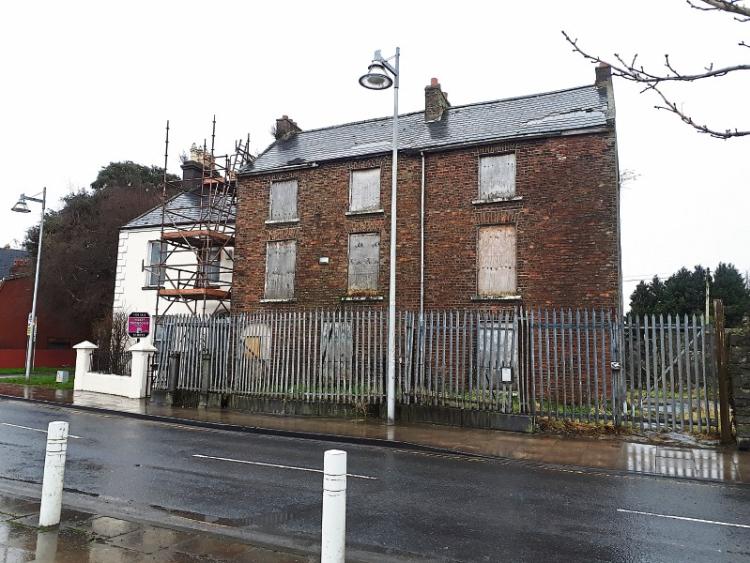 THE controversial demolition of an historic Limerick building is unlikely to take place for a number of weeks.

Over the weekend, a number of parties, including Independent councillor Elisa O’Donovan said the knocking of Curragower House in Clancy’s Strand was set to take place this Monday.

It came after An Bord Pleanala gave approval to Derry Corbett to demolish the existing building and replace it with one house, three apartments and a cafe.

Over the weekend, Cllr O’Donovan Tweeted the Heritage Minister Malcolm Noonan to urge him to step in and prevent it from happening.

Demolition of Curragower House is due to take place on Monday. @greenparty_ie @noonan_malcolm can you not intervene as Minister for Heritage to save it I don’t see how knocking this building to build a cafe and two apartments is essential works pic.twitter.com/AiTY6Yc5Uf

️ It's all quiet at Curragower House in #Limerick at the moment, amid reports demolition was to commence on the building in Clancy's Strand today. For more, see @Limerick_Leader later. pic.twitter.com/vzFRcoPVFM

This Monday however, no workmen were on site, with a well-placed source indicating that the start date for demolition as stated by the developer following the grant of the planning permission was purely arbitrary.

It’s also likely the work is not considered as being essential, so is not allowed to take place under the rules of the third national lockdown.

“Nothing is going to happen on that site for the next few days, or probably weeks,” the Limerick Leader has been informed.

Fifteen conditions put out by An Bord Pleanala in its approval of the scheme need to be satisfied before it is knocked, and its understood these are not all in place.

“All compliance requests need to be met. Then the agent would need to submit the name of contractor, and give formal notice before demolishing it. It’s potentially months away,” the source added.

There has been huge opposition to the planned demolition of the red-brick unit by the River Shannon.

In 2019, councillors passed a notice of motion to add it to the Register of Protected structures (RPS), which would stop any changes to the building.

But at the time, council bosses said they would only examine this possibility, despite members claiming it is in their gift to decide what buildings are protected.

An Taisce and solicitor Michelle Hayes have opposed the knocking of Curragower House.

The Limerick Leader has contacted the agent on the project, Healy Partners for comment.