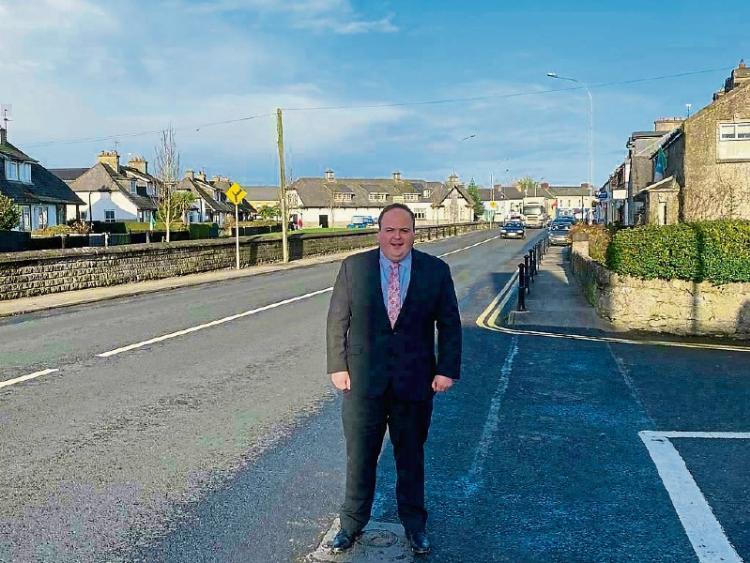 THE cathaoirleach of the Adare/Rathkeale Municipal District has said he’s ‘speechless’ after it was confirmed that Transport Infrastructure Ireland (TII) refused to fund the installation of new storm drains in Adare during recent works to upgrade the sewage system in the village.

Cllr Adam Teskey made his comments during a discussion about the poor condition of some of the roads in Adare.

Calls have been made for several years to extend the footpath from the village as far of Murphy’s Cross on the Croagh side.

However, council officials have said TII will not fund any substantial resurfacing works until the Adare Bypass is completed.

Cllr Teskey said this is not acceptable and he called for TII representatives to travel to Adare to look at the condition of the road. “It is a death trap and if we have to wait for the bypass to provide a footpath, there will be tombstones there first.”

Cllr Stephen Keary agreed saying those living and working at that side of the village are entitled to have  “some level of proper accessibility.”

At the same meeting, director of service Caroline Curley confirmed TII also declined to fund works to install storm drains at the same time as works which were carried earlier this year to upgrade the sewage network.

“The overall overlay project had everything included in it and it was all going to be done together but the decision from TII was that it was not going to be funded until after the bypass happened so what was decided then was to put in the sewer,” she said adding that the sewer was essential to allow the facilitate the construction of 31 new houses in Adare.

“The alternative was that there would be no sewer laid until after the bypass,” she added stressing that she did not believe there had been a waste of public funds.

However, Cllr Teskey said he strongly disagreed with that assertion.

Senior Executive Engineer Aidan Finn said the storm drains will have to be installed 4 metres underground and that there will be significant disruption during the works.

He added that the resurfacing works which were completed after the installation of the sewer pipes was designed to last around seven years. “There has been no bad management of public funds,” he said.