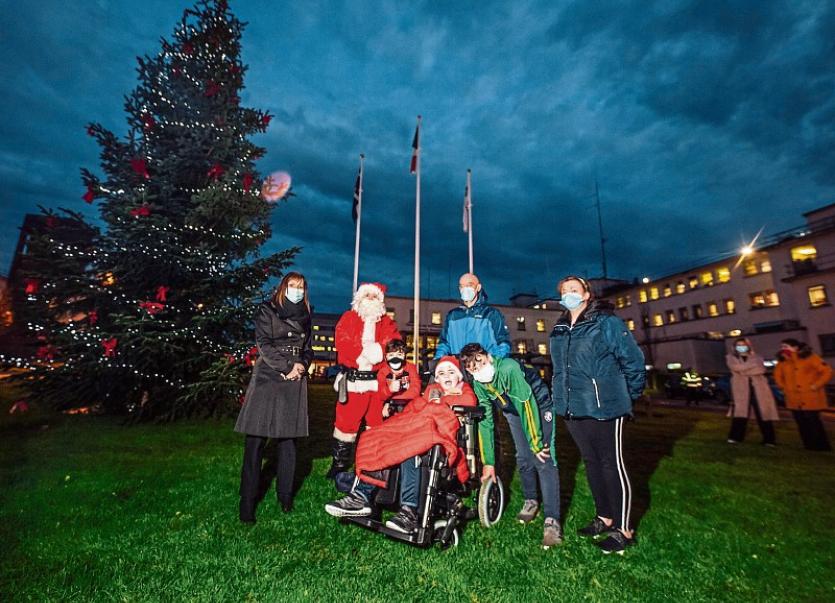 ‘TIS the season of goodwill but the Lawless family have experienced it every day since a devastating accident involving Dáithí, aged 10, happened last April.

Prayers were said, candles lit in GAA grounds, a massive fundraising campaign called Rise4Dáithí started and countless other gestures of goodwill. Over €120,000 – with donations still coming in – has been collected for alterations to the family home and to purchase suitable transport for weekly travels to and from Dún Laoghaire for rehab.

Jack O’Shea, of the fundraising committee, said Dáithí is progressing at an incredible rate and is now in the Sunshine Ward in University Hospital Limerick as he begins his intensive rehab.

“The incredible story of young Dáithí Lawless continues to give as we head into the season of goodwill. We always thought of goodwill as a spur of the moment thing – something that was a once off and often a seasonal gesture.

“The Lawless family have come to learn that goodwill is something that is bigger than people can imagine. Such has the journey been since April 2020 after the devastating accident of Dáithí at his home in Cush, Martinstown.

“He continues to capture the minds and hearts of everyone he comes into contact with so it was no surprise to friends and family when he was chosen by the play therapist staff in UHL to be nominated as the child to turn on the Christmas lights there,” said Jack.

Dáithí took this honour very seriously. Amid the excitement of the build-up he, with the aid of staff, practiced counting backwards and pressing the button.

“A mere formality for an able bodied child but a challenge for someone who had been through so much and came out the other side with a steely determination. There is nothing that will best Dáithí and he rose to the task as he does with everything put in front of him.

“He was expecting to just switch on the lights but when he got outside, his jaw dropped when he saw family and lots of staff awaiting the big event. Everyone from management to porters to family were present. The smile in his eyes told everyone that he was up for this and was delighted to be part of it,” said Jack.

There was even an appearance by Santa Claus, who presented Dáithí with a gift which made his day. Dáithí waved and smiled to everyone as he completed the great honour bestowed onto him.

“His blessed himself before switching on the lights hoping that everything would go well and a show that even in a young 10-year-old boy, faith is such an important thing for people. Afterwards he got to watch himself on the news and sat quietly with a grin that emitted a sense of pride in what he had achieved.

“Dáithí and his family are so grateful and thankful to all the staff at University Hospital Limerick for everything they have done and continue to do to help Dáithí be all that he can be,” said Jack.