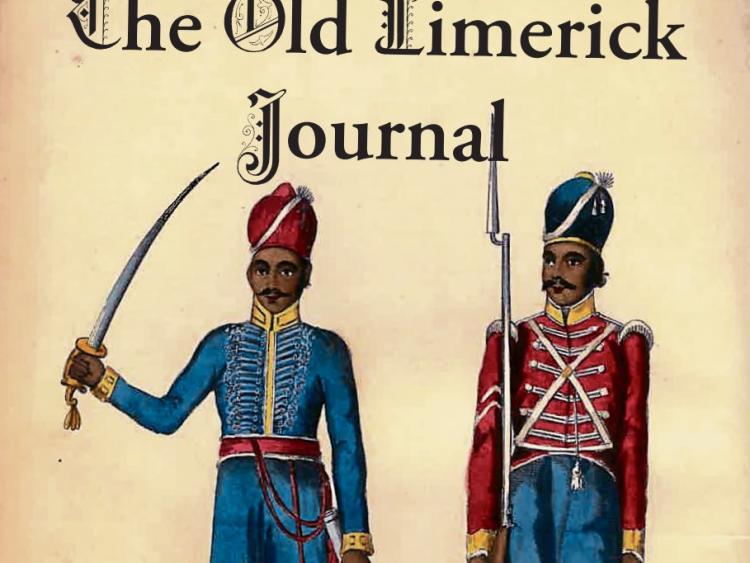 A recollection of a Munster side’s first clash with the All-Blacks, affrays in Athea, and a tragic fire at Kibehenny in 1816.

All highlights of the latest Old Limerick Journal, which has been released in time for Christmas.

The winter edition of the historical publication is on-sale now, priced €10, and contains 70 packed pages of stores from the length and breadth of County Limerick, at Easons, Crescent Bookshop and the Celtic Bookshop.

Always a popular stocking filler, the Old Limerick Journal dates back to 1979, with its founding editor being the former Labour TD, the late, great Jim Kemmy.

Clarina man Tom Donovan, the latest man to hold the honour of editing the publication, recalls back then, articles were written on brown paper bags – with a piece of card acting as the carbon copy in the centre!

“This was pre-computer and pre Microsoft Word,” Tom says, “People were sending hand-written articles which needed to be typed out. Whereas now, everything comes in electronically. I often say, I am like the Rhinestone Cowboy – getting cards and letters from people I don’t even know!”​

A lot has changed since 1979, but the quality of research and the effort which goes into putting the Old Limerick Journal has not.

Indeed, one of the contributors, Des Ryan has been filing copy right since day one.

This year, he focuses on the heartbreaking story of Elsa Reininger, a forgotten victim of Adolf Hitler’s persecution of Jewish people.

Elsa tragically took her own life aged just 57 at the former Crescent Hotel in O’Connell Street.

Des has also put together a seven page piece on Mutiny in India, while George Lee of the Limerick Enterprise Development Partnership writes of Munster Rugby’s first meeting with the All Blacks in 1905.

Unlike the famous Thomond Park match of 1978, the New Zealanders were victorious in the Market’s Field by a scoreline of 33-0.

Other well-known contributors to the collection this year include Mike Maguire of the Limerick City Library, John Curtin, Dr Matthew Potter, and the well-known North Circular Road historian Tony Browne.

On the cover is an image of Major Henry Bevan of the 27th Madras Native Infantry, pointing to a story by Limerick City Museum curator Brian Hodkinson.

Born in Bruff in 1790, the second son of Henry and Amy Bevan, Brian was one of 2,800 Limerick men serving in the armies of the East India Company between 1750 and the disbanding of the forces in 1860.

Bevan enjoyed a storied life, travelling to India as a cadet on a circuitous route via Madeira and Rio de Janeiro in Brazil.

Editor Tom says he has received a very positive reaction since the release of the 55th Old Limerick Journal.

He added: “It’s a very good mix of different articles. There is a real flavour of all things Limerick there - you’ve got rugby history, military history, Republican people killed by the police, religion.”

There’s no rest for the wicked though, with work already under way on next year’s Old Limerick Journal.

“Already five articles have been placed in it,” Tom reveals.

In an age of smartphones and laptops, the editor is delighted the Old Limerick Journal still retains a place in local hearts.

“I think people still like to hold a copy of the Old Limerick Journal. I know people who’d buy the journal now, but put it away and read it at Christmas time. It’s the sort of thing you’d get out and read on Christmas Day,” he explains.

Another local history book has just been released – Sean Curtin’s ever popular trip down memory lane.

Tom says that many people will buy the Old Limerick Journal, and the former Limerick Leader staff man’s books at the same time, pointing to a combined cost of €25.

“It’s a good investment – there are some pairs of socks which cost more than  that,” he laughed.