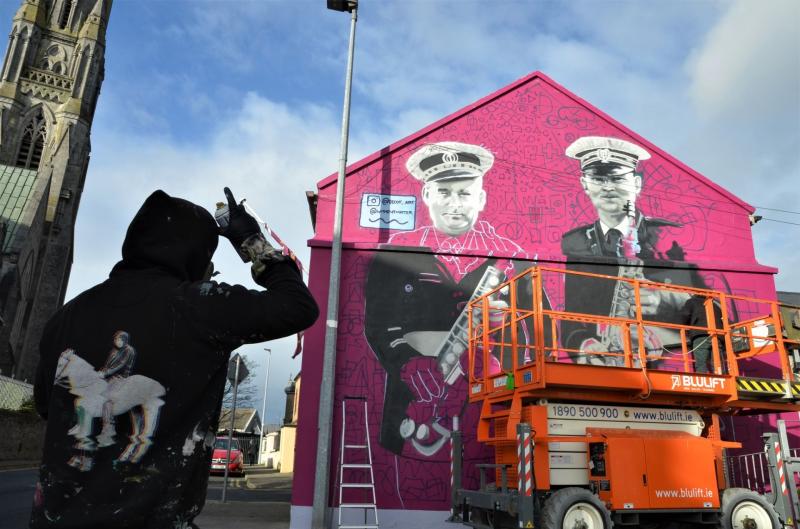 A commemorative mural in celebration of St John’s Brass and Reed Band has been unveiled as part of the Draw Out Urban Art initiative.

Based at 2 Garryowen Road, Limerick the band has been an intrinsic part of the ceremonial history of Limerick for over 150 years and to honour this a striking mural commemorating has been delivered.

The final mural, which is based on a photograph taken in 1958,  features current member and president Jimmy McCormack (right) and past member the late Kevin Greaney. 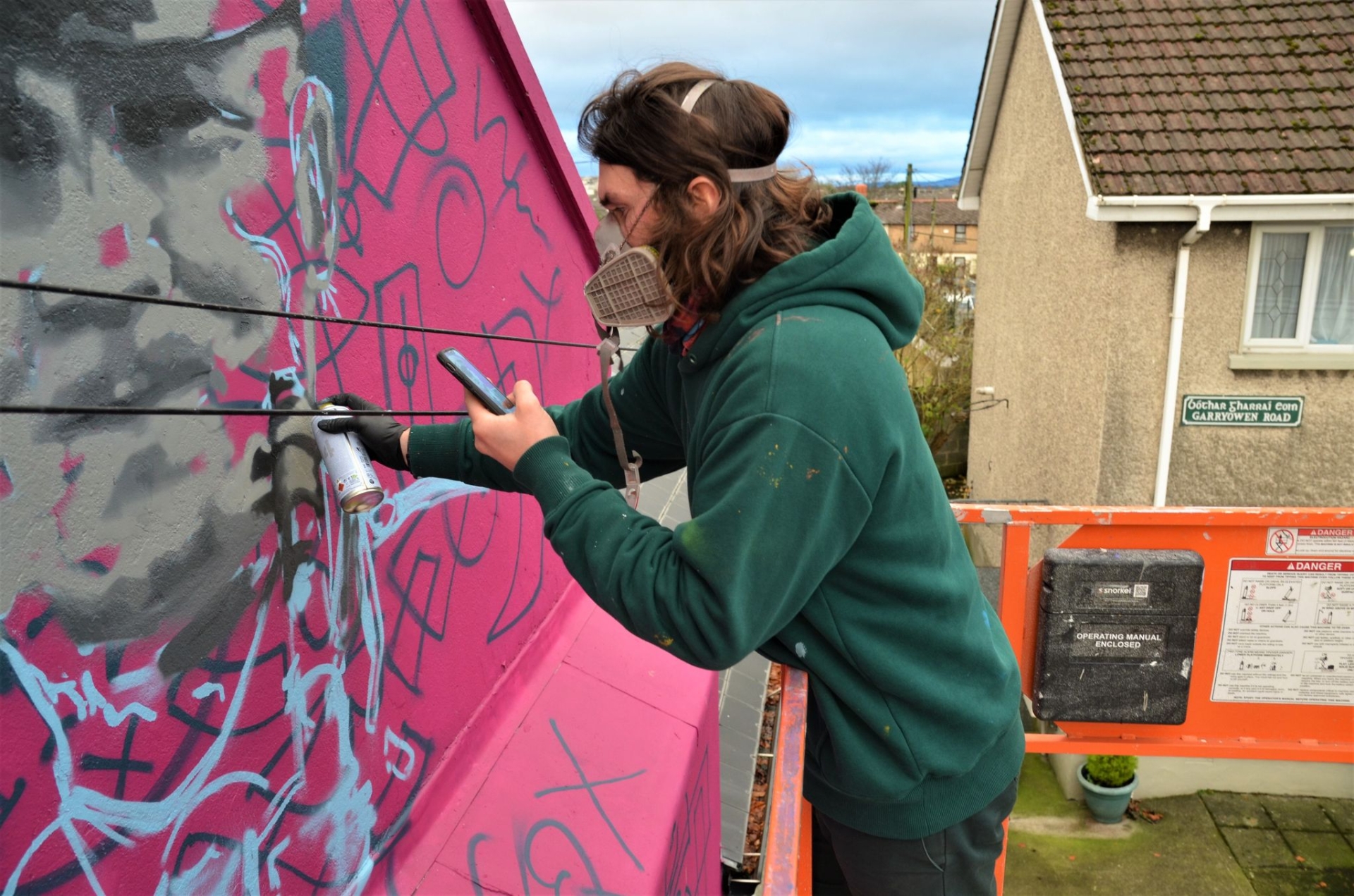 The history connected to St. John’s Band is very much part of Limerick’s Cultural Heritage, past and present. With the recent appointment of Jonathan Luxton as Musical Director, a new exciting era for the band is on the horizon.

"To coincide with current developments, which included giving the exterior of the building a much needed paint job, the well-
received depiction of both the historical aspect of the band and the familiarity of the figures on display represents the true spirit of St. John’s Brass and Reed Band," said Mr McCarthy.

Draw Out endeavours to deliver public artwork that inspires higher thought about the community surrounding it, raises awareness and gives remembrance. With the support of Creative Ireland; Made in Limerick and Limerick Arts Office, this project was made possible.

The Draw Out team quickly went to work to select the artists they felt would truly deliver on this piece.

'Decoy' is a professional muralist and street artist living and working in Dublin. In recent years, his public profile and reputation as an emerging artist has been building from strength-to-strength. Recent group and individual exhibitions, large-scale outdoor commissions and his strong social media presence are a testament to this.

'Without' is a also Dublin-based visual artist. Originally coming from a fine-art/sculpture background, Without has been working as a muralist and designer the last four plus years.

The combination of both artist’s individual styles creates a vibrant and collaborative concept, bringing depth, emotion and personality to the piece.

Public artwork shines a light on a particular entity rooted within the community, and acts as a talking point for important social conversation. Draw Out aims to represent the community spirit of the area, honour its cultural heritage and its influence on the populace.

Draw Out has, to date, delivered 29 original pieces at a variety of sites across Limerick city and within Limerick communities, taking pride in defining the ‘local common ground’ to encompass the distinctive, cultural elements of the area, presenting the authentic, social and cultural character of a city and its communities.

For more, follow Draw Out online and on social media