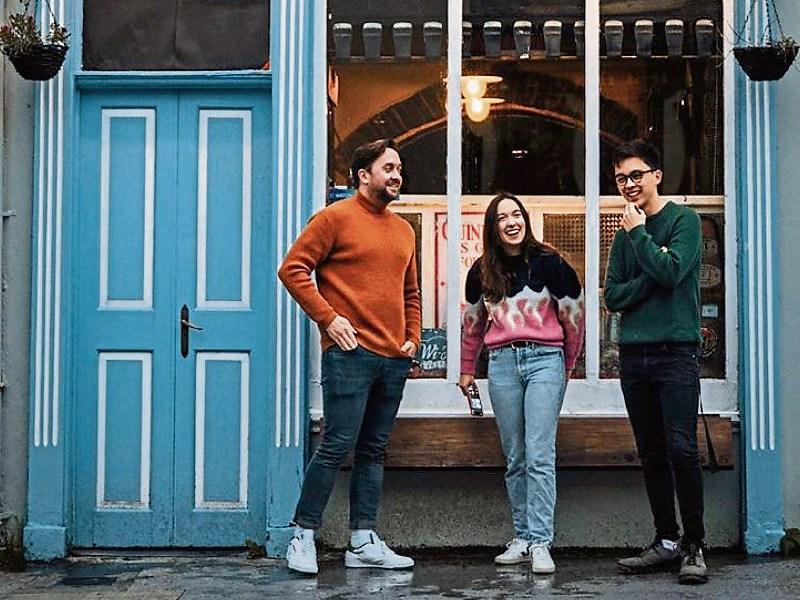 Good news stories seem very rare these days, so here is one that brought a smile to my face. It's been an incredibly tough time for the music industry, our independent artists, producers, sound engineers to name a few. There is not talk of a return-to-work date, or even a roadmap to when live music will be back in lives again.

Three young friends from Dublin have taken over a lease at the iconic Daly’s Bar in Ennistymon Co. Clare. Just five minutes from Lahinch this bar has a rich music history and was once owned by the famous Lisdoonvarna matchmaker Willie Daly.

Diarmaid Keane, Aíne Leech and Kymann Power plan to turn Daly’s pub into a creative space for musicians and artists. All three have backgrounds in media.

Kymann owns a video and photo production company in Dublin called PowerHouse, Áine is a social media creative and consultant, while Diarmaid has over 10 years' experience in event production and digital communications and they hope to combine their skills to put the pub to a creative use.

Speaking on Spin Now last Saturday Diarmaid said: “The idea behind the space is to bring musicians and artists here and turn it into a creative space. It’s a very tough time for musicians right now, they’ve been hit hard by the fact we can’t have live gigs. So, I guess for us it would be great to use this space as a cultural hub, over the next few weeks we are planning on hosting a virtual event with some local artists. There is amazing talent locally and we want to celebrate this”.

The trio are living in the bar and plan to host a few virtual events over the coming weeks. I am sure once the current restrictions have lifted Daly’s will become a hub of creativity for our local artists.

The music film will premier in London at the Doc’n’Roll film festival on Saturday November 8 alongside the new Phil Lynott film.

Speaking on Spin Now last Saturday David said: "This film charts my life through a three-year window from 2017 to 2020. It maps my personal and musical explorations from first moving to Dublin, my first headline gig in Whelan's, then finding a tribe and a sense of belonging, and the build up to and recording of my debut album - ‘A Beginner’s Guide To Bravery’ - culminating in a sold-out show at the Olympia Theatre in Dublin back in January of this year.

The film features discussions with the many players and presence's involved throughout, interspersed with performances from that unforgettable night. ‘Alchemy & Prose’ is a story about the feeling of hope that Music brings to our lives. Creating communities, a sense of identity and the realisation of dreams. This is the end of the beginning.”