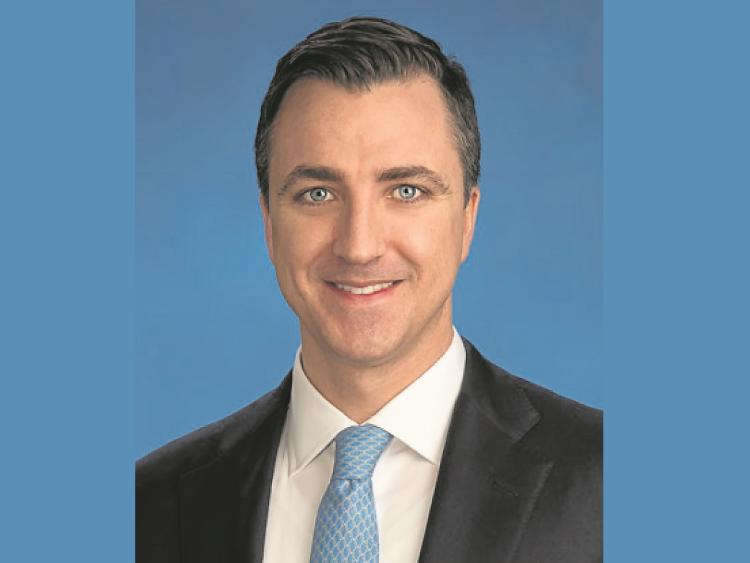 MUCH like the thousands that have gone before him, making a new life in the Big Apple of New York city, Barry O'Brien still calls Limerick home.

No mean feat for someone who took a chance on ‘finance’ coming out of college.

“I went to UCD and did business and French. Coming out of University, there was a choice to be made. Do you want to be an accountant, a management consultant or do you want to do this thing called finance” admitted O'Brien who headed to London for a short term contract.

“I was lucky enough to get a job with Goldman Sachs straight out of under grad. I started there with the view of a two year contract in front of me and 21 years later, here I am. I don’t know if I am doing something right or something wrong, but it is what it is” O'Brien quipped.

A move from London to New York was an easy decision to make for O'Brien, who had fallen for the 'City that never sleeps' during a visit there as a college attendee.

“I did a bunch of ‘J1’ trips when I was in college. One of them included a trip to New York. It hit me from the first time I came here. I think we just sat in Times Square and stared at the sky for two hours.

“I always said that at some stage in my life that I wanted to live here. My girlfriend at the time, Gemma, now my wife, was living in Dublin and I was in London.

“It was a one year opportunity, back in 2004. We left Limerick and headed off for a year and 16 years later, married, with two kids Cillian and Caoimhe, we are still here”

“Wall St is the HQ of finance globally too. So I thought, if I am going to do this, why not test yourself there. On a personal level New York is super fun, and on a professional level, it is where you need to be and want to be”

O'Brien works with mergers and acquisitions, specialising in the field of TMT when he moved stateside.

“Working with some of the largest technology and media companies globally gives Barry an interesting insight into the post pandemic world.

“When you look the large multinational technology companies based in Limerick, you have to consider that the vast majority of tech companies have done well in Covid times. If anything they are expanding and developing and they will get bigger.

“Technology companies that are selling software, specifically those who are supplying to e business, delivery or online delivery, they are doing well. “Everyone has seen their trends change. They are doing more online. More online meetings, more online shopping, more online business functions.

“From a tech perspective, those companies are going to continue to invest and to expand. For me, that is a positive.” admits O'Brien.

“Right now, in the middle of Covid, are people looking at making big investments overseas? Probably not. Things are going well, those sectors that are hiring in the US are not really looking outside of their spheres.

“However, I don’t see any reason, post pandemic, why things would not get back to where they were, or even stronger.”

With Covid-19 forcing Barry to ‘work from home’ like the rest of us this past few months, the chance to return home to Ireland have been few and far between in 2020.

“I try to get back around big Limerick hurling matches or big Munster games. Gemma and the kids normally come home for August. My parents Tom and Colette are there, my in-laws are there, my sister Joanne lives there. I always see myself as moving home at some point.

“With a Limerick wife, the move home might not be as hard a sell either, but my kids are American. They are having their Crescent College and Mungret school experiences here, so I have to think of that too”

Keeping up with all things Limerick is something that forms part of O'Brien's daily routine.