Hidden history!  John finds old Limerick Leaders from before and after 1973 All-Ireland 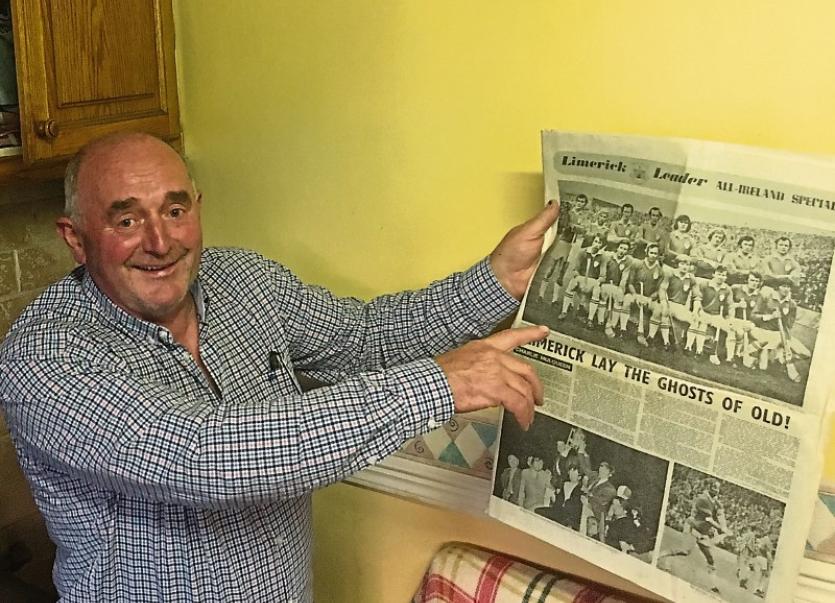 THE SUCCESS of Reeling in the Years on RTÉ is based on nostalgia and our minds clicking into gear to remember people, places and events.

John Cleary, from Knockainey, got a blast from the past recently when he was doing a bit of tidying in his late uncle’s home.

“I found a couple of Limerick Leaders from 1973. They were the ones from before and after the All-Ireland. There was one from 1968 as well. I’m not sure why he kept that one.

“There they were inside in a press in a brown bag. There was a towel wrapped around them. They were as good as the day they were printed. There’s a Leader from before the 1994 All-Ireland as well,” said John.

Unsurprisingly, his uncle didn’t keep the one after the loss to Offaly.

Since John made his discovery he has been devouring them.

“I’ve been reading them every day. There’s all the photographs of the Limerick team in 1973. They went to where every player is from, before the All-Ireland. There’s a photo in Willie Moore’s pub in Doon. The local undertaker Michael Danagher said, ‘We’ll bury Kilkenny!’” said John.

And how right he was. The headline in the Leader on the Thursday after the All-Ireland was simply, ‘It’s Ours!’.

“They took photos as the Liam MacCarthy Cup went all round Limerick. It’s great to look back,” said John, who is the popular caretaker of John the Baptist Community School in Hospital.

A photograph from the 1968 paper also caught his eye.

“There are lots of wedding photos. I saw one man I know. I met him in Hospital the other day. I congratulated him on being 52 years married. He said, ‘How in the name of God do you know that?’” laughed John.

One thing that struck him was all the adverts for dances in the likes of the Oyster, Shamrock and Star Ballrooms in Dromkeen, Caherconlish and Cappamore respectively. All gone now.

From the auctioneers’ adverts, John noted that you could buy a house and 28 acres in Hospital for £1,300. The cost of the Leader was 5p. So too was a gallon of milk.

“Farmers were trying to rise it to 10 pence. They had a meeting with the co-ops to try and get more,” said John. Some things haven’t changed in almost 50 years as farmers continue to fight for better prices.

John has also given the papers to friends who have equally enjoyed a trip down memory lane. And best of all - there was no mention of Covid-19 in the Leaders of 1973.