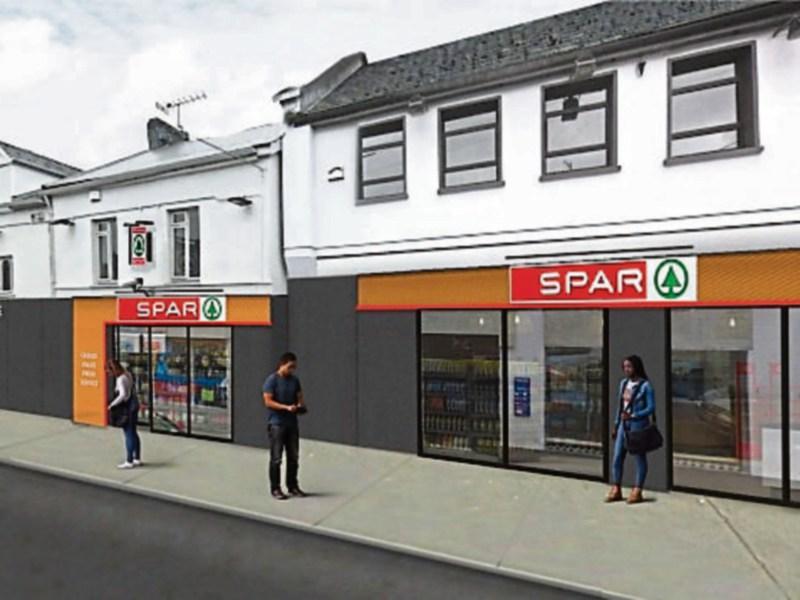 An architect's impression of how the new store might look

A FORMER bank in Croom is to be brought back to life, as work commenced on the expansion of the town’s Spar store.

Local businessman Padraig Broderick is investing €1m into expanding his general shop into the neighbouring former Ulster Bank, which closed six years ago.

Up to 10 new permanent jobs will be created as he plans to open a "bigger brighter supermarket", with the project set to increase Croom's Spar store to 6,500 square feet.

Work is under way, with local builders Daly's contracted to carry out the project, and it's hoped the ribbon will be cut at the new store in March next.

Mr Broderick said: “They are local builders and all the tradesmen are local. It was something that was very important to me, to make sure everyone involved in the building of the supermarket would be local.”

Some 20 construction workers, electricians and plumbers will be in place on the site. As Ireland remains in Level 5 lockdown, Mr Broderick says he's ready for the challenge.

“We've already seen this over the past few months. We've had three vans on the road doing deliveries. We were to the pin of our collar. In fairness to our team here, they rose to the challenge,” the shop owner concluded.