17 films on TV this week to help you through lockdown 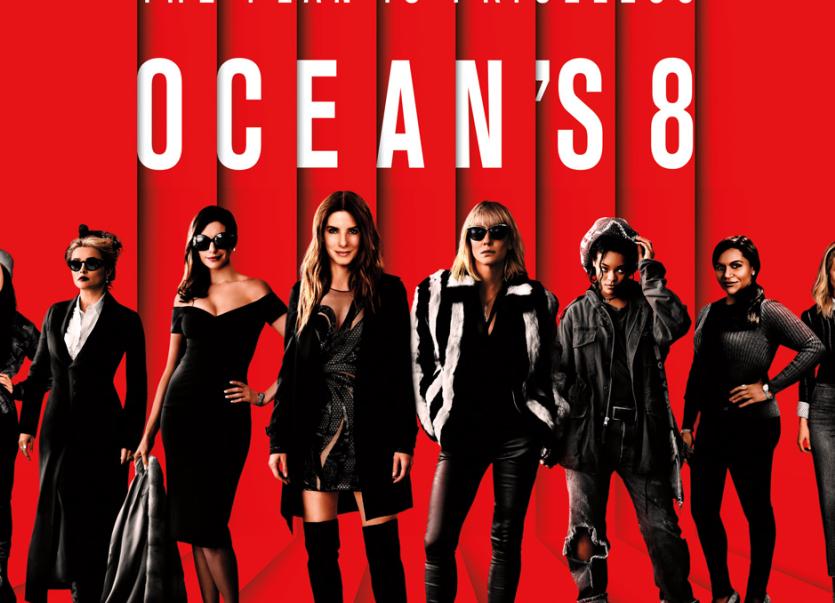 Ronan O'Meara has been scouring the TV schedules (free-to-air channels only) to find films to watch over the next week –here are 16 to choose from.

The ape vs human conflict is in full swing and both sides are suffering huge casualties. An obsessive human soldier brings tragedy into head ape Caesar's life and a battle for the planet begins. The final installment in the Apes trilogy is a brilliant way to round off the series. A stunning looking, starkly violent, action packed and ultimately uplifting watch. Andy Serkis in the lead does mega work and Woody Harrelson hits the spot as his nemesis.

Ivanna, a Jehovah's Witness has her existence thrown into freefall when her daughter Alex breaks the rules of the church and she's forced to shun her. And that's only the start of her troubles. This 2017 examination of one of modern life's harshest religious cults is a tough, upsetting watch but one that plays out without the need for histrionics or melodrama, instead relying on powerful turns from actors like Siobhan Finneran and Molly Wright.

A psychiatrist is using some rather unorthodox techniques to help his patients deal with their issues and the parents of one patient are realising it's doing more harm than good. David Cronenberg's 1979 horror is absolutely bonkers and it's premise will be too much for some to swallow but if you go with it you'll have some horrible, uncomfortable squirmy fun. Oliver Reed brings his usual intensity to bear as the doctor.

A transgender woman called Marina living in Santiago, Chile has her life flipped upside down when her older boyfriend passes away suddenly. Sebastián Lelio's 2017 drama is a stunner. A subtle, thoughtful and flawlessly acted look at a life in freefall caused by problems cis folk wouldn't even consider an issue. Danielle Vega as Marina puts in a barnstormer of a performance. This one is well worth staying awake for.

When he can't afford a tip, a cop called Charlie promises a waitress called Yvonne half his winnings if he hits the jackpot in that night's lottery draw. See if you can guess what happens next. Made back in the day before Nicolas Cage's head exploded, this lovely old fashioned Capra-esque comedy drama is a perfect way to spend an afternoon. Himself and Bridget Fonda (I miss her) make a pairing you'll want to see succeed.

In a world where the slightest sound can get you torn asunder a family struggles to survive and thrive. You want your nerves wracked? Well look no further than this full blooded sci-fi horror. Stressful, frightening, inventive and with an absolutely killer final scene. Best of all? It's only 90 minutes long. Jon Krazinski's debut film as director is a success and his onscreen chemistry with his real life wife Emily Blunt is the icing on the cake.

A family is totally upended when a war veteran claiming to have been a friend of their dead son turns up at the door and wiggles his way into their life. An entertaining and knowing homage to the action films and home invasion thrillers of the 90's with a little splash of horror thrown in for good measure.  Funny, nasty and totally absurd. This is a pleasing way to spend 2 hrs. Maika Monroe and Dan Stevens are both deadly.

Debby Ocean is fresh out of jail and itchin' to do some stealin'. Her target - New York's Met Gala. The job - a $150 million dollar necklace. Now she just needs a team to help pull it off. This comedy/crime caper is great fun and far less smug and self satisfied than the franchise that spawned it. Sandra Bullock, Cate Blanchett, Anne Hathaway and Helena Bonham Carter are the big draws but it's Awkwafina who steals the show.

The first and for me still the best of a series of westerns James Stewart made with director Anthony Mann. Stewart stars as a sharpshooter who's gun is robbed from him and passes through many people's hands during the course of the film. A lovely looking, well paced and very exciting film with a final shootout that is still influencing films today. Watch out for a very young Rock Hudson as a native American!

Lisa is on her way to a funeral by plane when she finds herself sitting beside the charming and talkative Jackson. There's a lot more to Jackson than flirtiness though. Wes Craven's thriller is a tight and taut little film that moves like a race horse and always stays enjoyable even when it strays into very silly territory near the end. Rachel McAdams is an effective heroine and Cillian Murphy as Jackson does well as the blue eyed baddie.

Ok, it's time for some film noir. Helen has been feeling lonely since the war took her husband and she lets her guard down to invite a handyman to do some work around her house. It doesn't take long before she realises it's a mistake. Ida Lupino and Robert Ryan are first rate in a simple but suspense filled chamber piece that played on post war American fears of being invaded in the place they found the safest.

The Marrowbones have a....well they have a secret. Their mam has died and if the authorities find out they'll be separated so they cover up her death. But the big house they live in has it's own secrets too. Creepy ones. The ending may make you roll your eyes but the journey there is a fine one. A spooky story filled with gothic overtones and beautiful scenery and a cast including Anya Taylor-Joy, George MacKay and Mia Goth who all do good work.

Since she left her husband Margaret has filled her time creating unique works of art and looking after her daughter. Then she meets Walter. Under his friendly facade Walter is a scumbag, a scumbag who likes to take credit for her work. Tim Burton brings his usual sense of oddness to a true story for once and the result is a nice change of pace for him. The wonderful Amy Adams and Christoph Waltz do well in the leading roles.

The 1954 version. Norman's career is on the ropes, drink has ruined him, but one night he meets a showgirl called Esther and spots a chance to help her and revitalise himself. But Hollywood is an unforgiving place and alcohol is an unforgiving drug. Judy Garland and James Mason are immense in this heartbreaking cautionary tale. It's almost 154 minutes long but you'll be glued to every single one of them.

80's horror at its finest in this tale of a mad student scientist who has figured out the secret to re-animating dead flesh. Of course everything goes pear shaped. In the goriest way possible. A very amusing film if you have a strong stomach and a willingness to just go with the bizarre onscreen events. Jeffrey Combs has the role of a lifetime as the man with the plan. Don't watch this if you are easily offended.

1947. A dark period in Hollywood. Communist witch hunts are in full flow. Dalton Trumbo refuses to testify against his fellow writers and finds himself in a precarious position because of it. This film might be overly simplifying an important story but Bryan Cranston nails his part as the titular character and it's a solid history lesson for younger viewers. Helen Mirren, Diane Lane and Michael Stuhlberg all add a touch of class.

A zombie apocalypse hits South Korea and a father and daughter find themselves fighting for their lives on a train out of Seoul. Yes it's another Zombie flick......no no come back......but seriously it's a super watch. It's full of heart and for once you'll genuinely care about the characters being menaced. Plus it's really clever and the attack scenes are astounding. Yoo Gong & Su-an Kim as Dad and Daughter are aces.