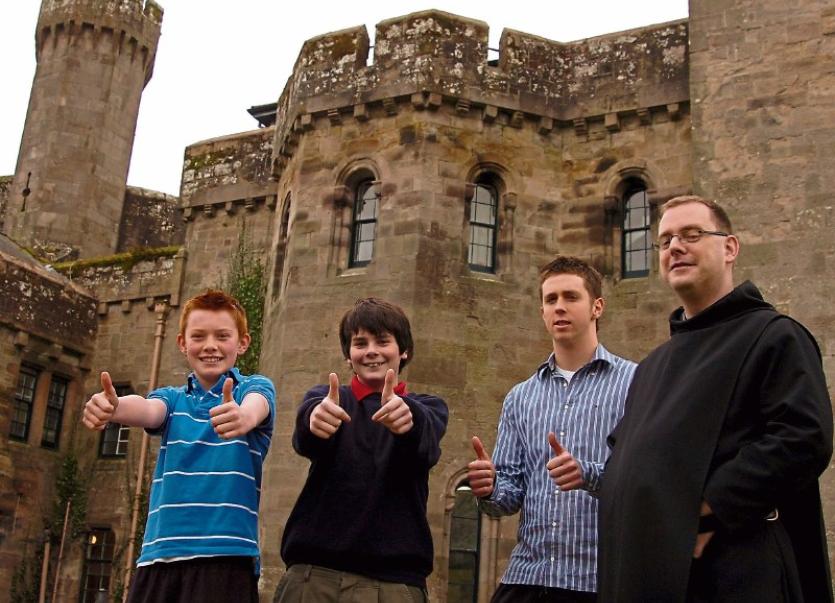 Fr Martin Browne of Glenstal Abbey School gives the thumbs down to The Sunday Times Parent Power survey and explains why.

Yet, the school finds itself ranked 88th in The Sunday Times Parent Power survey. Only a few years ago Glenstal was topping the table.

Fr Martin Browne, headmaster, said ‘Parent Power’ is the banner under which the Sunday newspaper publishes information each year about rates of college admission from schools around the country.

"However, I’m more interested in ‘Student Power’. By this I mean that I want to know if the journey through Glenstal Abbey School has equipped our students to learn independently, broaden their horizons, and make wise and informed choices for the future. I want to be confident that we have empowered our graduates for the next stage in their life,” said Fr Browne.

Looking over the results of the grade calculation process for the class of 2020, and at the third level courses they are beginning around now, has been a very positive and affirming experience, he said.

“The average CAO points achieved was the highest ever in the school, at 499. (These may well increase after the correction of the errors in the national standardisation process.) More than half our students achieved more than 500 points and 90% of them were offered one of their top three choices. That is an excellent outcome by any measure and our students and staff can be very proud of their work.

“Reading a newspaper without this information could lead you to a very different conclusion, though. Under the dreary headline, ‘Boarding schools get mixed results’, readers were told in one paper last Sunday week that our school is now ranked 88th in their table, down from 34th last year. One could be forgiven for wondering what has gone wrong in Glenstal since the heady days of 2012 and 2013 when we were at the top of the table.”

True to his vocations as a Benedictine monk and a priest, Fr Browne very honestly admits that he was quite happy to accept plaudits and bouquets when they were at the top.

“Who wouldn’t? We all like it when people are saying good things about us. But the fact is that this kind of league table is completely meaningless when it comes to evaluating the attainment of the students in our school. That the average points attained by our students this year was the highest ever demonstrates this eloquently.

“So, how can we account for the gap between our students’ excellent achievements and our apparently poor ranking? Very easily. Of the 43 students from our school who were awarded calculated grades this year, 10 have taken up places in an impressive array of colleges and universities outside Ireland, and so are not accepting offers from the CAO.

“Three of them are starting in institutions in the top 100 in the current QS World University Rankings (no Irish college is listed in the top 100) and two in world-renowned private business colleges, including the college ranked third in the world by the Financial Times.”

One important factor ignored by the article on boarding school results is that some boarders in Irish schools are from outside Ireland, Fr Browne states.

“It’s an obvious fact, but it wasn’t taken into account. Some of our overseas students never had any intention whatsoever of going to college in Ireland and so didn’t apply to the CAO at all. That they didn’t then receive and accept a CAO offer is hardly a surprise! Along with them, several of our Irish students also applied successfully for courses outside Ireland, in colleges as diverse as the universities of Edinburgh, Durham and Tilburg and Kings College London.

“Irish colleges and universities are generally very good, their qualifications are respected internationally, and the application process is simpler too. On that basis, there is no particular ‘need’ for students to apply for courses outside Ireland. If we were only concerned about looking good in the league tables, we would therefore have been well advised to encourage our students to apply to Irish colleges only. If we had, we would have been up near the top of the league table, and the Parent Power articles would say nice things about us. But that’s not what Glenstal Abbey School is about.”

One of the things they say in the school’s mission statement is that they aim to “foster independent, critical and imaginative thinking that will provide a compass for life”.

“As part of that, we encourage our students to broaden their horizons. Taking a holistic view, we encourage them to take responsibility for their learning and their future, to identify the areas they would like to study and to explore the options. We support the boys to investigate the different types of courses available in their desired area, and details such as the different blends of academic and practical work, the potential for internships and work experience, and the typical career trajectories of graduates. Our aim is to empower our students.

“This process leads most of our students to courses in Ireland, but it is leading increasing numbers of our students to courses in other countries too. This means that their successes, often following arduous application processes, are not counted in the Parent Power survey. But they are true examples of Student Power. For a school, such Student Power is a much more important measurement,” concluded Fr Browne.