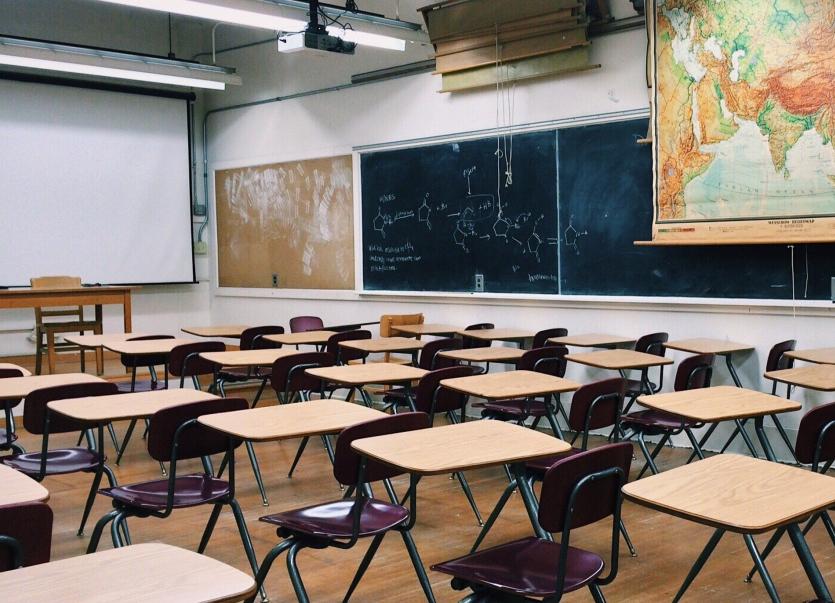 LAUREL Hill Coláiste FCJ has been named as the top secondary school in Limerick and Munster for the seventh year running.

However, the school, which is located at South Circular Road in the city, has dropped to 2nd in the overall national rankings according to the latest Sunday Times Best Schools Guide.

The 2020 guide is based on the progression of second-level students in more than 700 schools across the country to universities, institutes of technology and other third-level colleges between 2017 and 2019.

Over the three-year period  97.3% of Laurel Hill Coláiste’s pupils progressed to third-level education compared with an average 99.5% between 2016 and 2018.

Despite being knocked off the top spot in the national rankings, principal Úna Uí Ghríofa says being ranked second is a huge accolade for the school community.

“It demonstrates the value our students, teachers and parents place in an education of excellence for young women. The ethos of the school is a genuine rapport between students and teachers that is palpable and that is felt the minute you come in the door,” she said.

A total of 23 schools across Limerick have been included in the list of 500.

Of those seven (including Laurel Hill Coláiste FCJ) have been named in the top 100.

Gaelcholaiste Luimnigh had moved up four places, from 41st to 37th, compared to last year; Crescent Comprehensive College, Dooradoyle remains at number 40; Ardscoil Rís has moved from 49th to 48th place; Castletroy College has jumped from 96th to 74th while Glenstal Abbey School in Murroe has dropped from 34th to 88th position in the national rankings.

According to the guide the biggest move by any Limerick school was achieved by Colaiste Mhuire, Askeaton. It has jumped 146 places from 305th to 159th in the national rankings.

Meanwhile, Coláiste Íosagáinin in Booterstown, South Dublin  has been named the top secondary school in Ireland for the first time.

According to the Sunday Times, 100% of the girls who attend the gaelcholaiste progressed to third level education between 2017 and 2019 with 95.7% attending university. 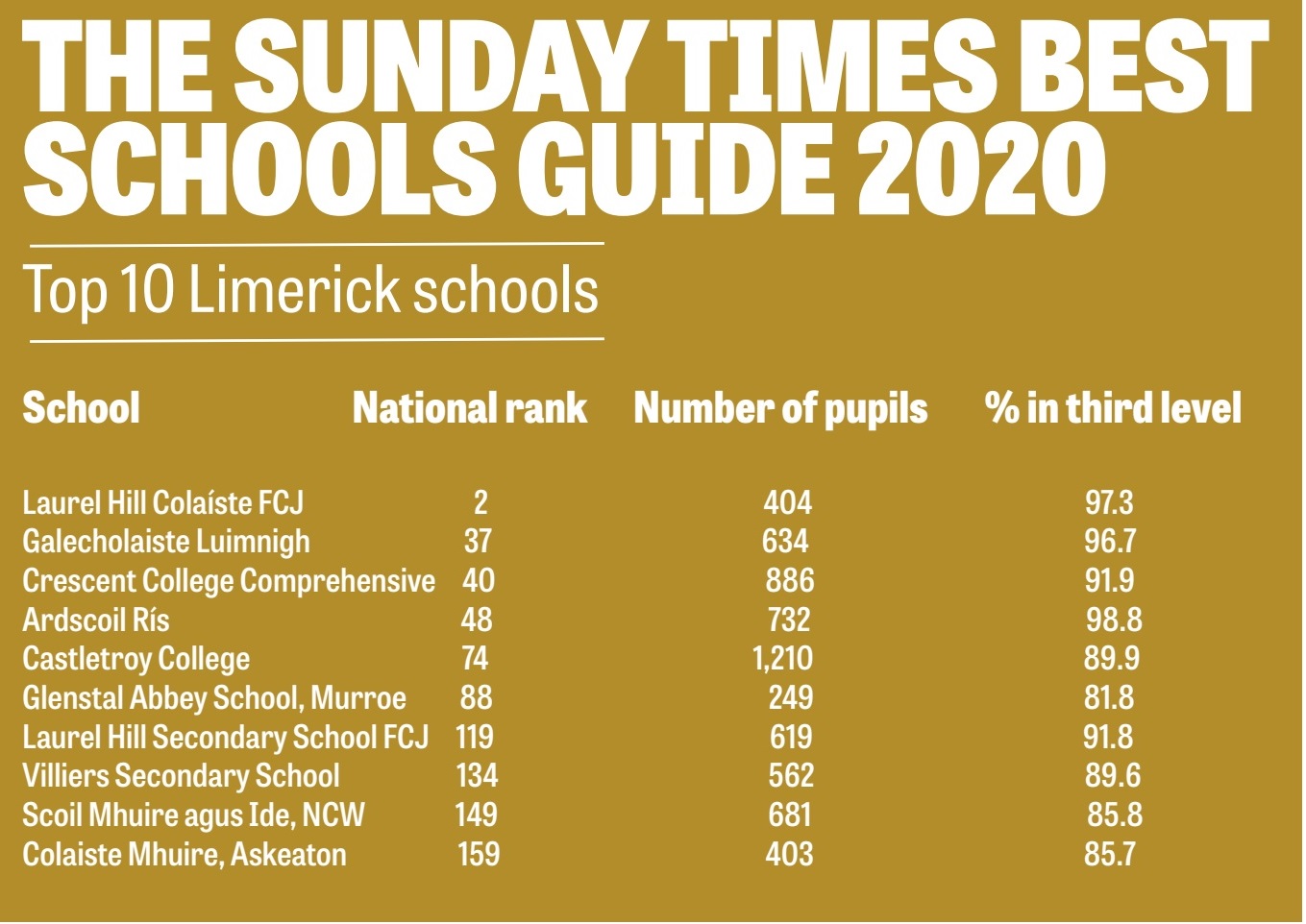