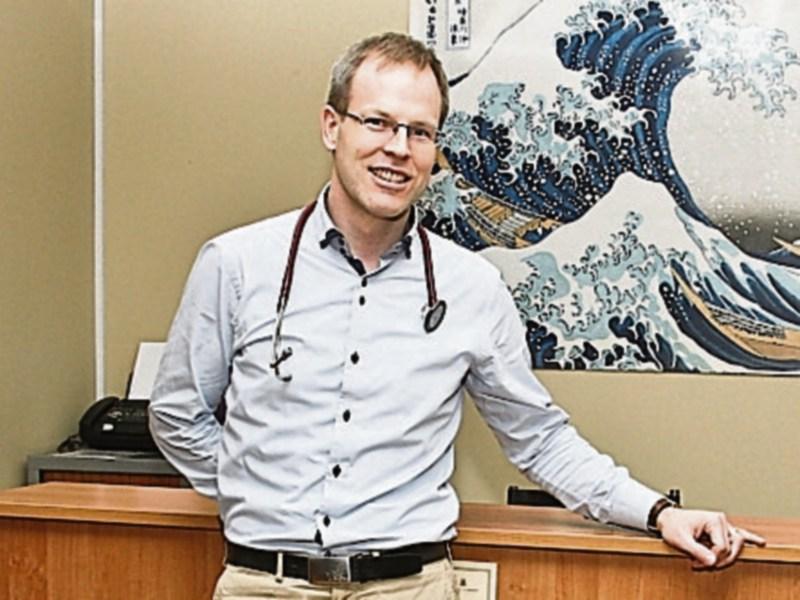 THE CHAIRPERSON of Shannondoc has been removed from his position, after he delivered a scathing anti-Covid restriction speech against Nphet and the Government at a rally in Dublin at the weekend.

Dr Patrick Morrissey, who operates a clinic in Adare, told the Limerick Leader that a meeting of the Shannondoc board on Monday night concluded that he was to be removed from the board as chairman and director.

In a lengthy speech that was widely circulated on social media, Dr Morrissey said that the National Public Health Emergency Team [Nphet] was “completely out of touch” and it “should be scrapped”.

In a long list of claims at the rally, hosted by the so-called Yellow Vest movement, he said that Nphet “believe your health is determined by a stupid swab result” and that it is “meaningless data being used to subdue the people”.

“We must take back our country and our freedoms from these megalomaniac bureaucrats,” he told a cheering crowd.

He told the Leader that evidence has mounted up to show that “we are practically at the level of herd immunity now”.

He told the rally that the pandemic is “by any reasonable definition no longer a health emergency” as it kills people with an average age of 84 and that 90% of deaths are in over-65s.

When asked about this view, Dr Morrissey said: “People die every day. I was at the bedside of a patient who died yesterday. I see death all the time. People are abstracted. People don’t understand they’ve got a death phobia. Death is part of life. And the Government and Nphet are using people’s fear of death—irrational fear of death—as a hammer to beat them.”

Dr Morrissey said on Tuesday he has treated around 60 patients, both at his clinic and at a Covid hub during the pandemic. He said “in defiance of guidelines from the HSE”, he has treated patients with hydroxychloroquine, zinc, Vitamin D and azithromycin.

During the rally, he hit out at Nphet, stating that their definition of health meant “zero Covid”.

“I would argue that health is playing a match or cheering on your team from the stands. Health is getting married in and celebrating with those you love. Health is looking out on a sea of smiling maskless faces,” he said.

Asked if he was anti-mask, the Limerick GP said: “I am against mandatory masks in lower risk settings. So in clinical settings, I have no problem with masks. In places where there is unavoidable close contact over 15 minutes, I am okay with masks.”

“We must stop the Government’s heavy handedness and suppression of our hard fought freedoms. It suits them not to give them back. We went along with the Government strategy in March when we saw the chaotic scenes in Spain and Italy.

“Now we know so much more. The curve has been well and truly flattened. The current measures are way more damaging to health than the risk of Covid they pretend to be protecting us from.”

“Every day I see the negative physical and psychological fallout of these continuing restrictions. NPHET as it currently stands should be scrapped. Doctors should be allowed to treat high risk patients in the community. This way we can keep more of them out of hospital. The daily case numbers must stop being pushed by the media on a people suffering more from Covid fatigue than Covid.”

Asked if it was fair that he was removed from his position at Shannondoc, Dr Morrissey said: “I think it’s a sad indictment of a country that we live in and the time we live in, that things are so polarised and there isn’t room for free speech, and that I would be penalised because of that. But I respect the board’s integrity and they have made a judgement.”

A spokesperson for Shannondoc said that Dr Morrissey “is no longer its chairperson or a member of the board.

“We wish to thank Dr Morrissey for his significant contribution to the development of the cooperative during his tenure. We will embark on the process of appointing Dr Morrissey’s successor with immediate effect.”