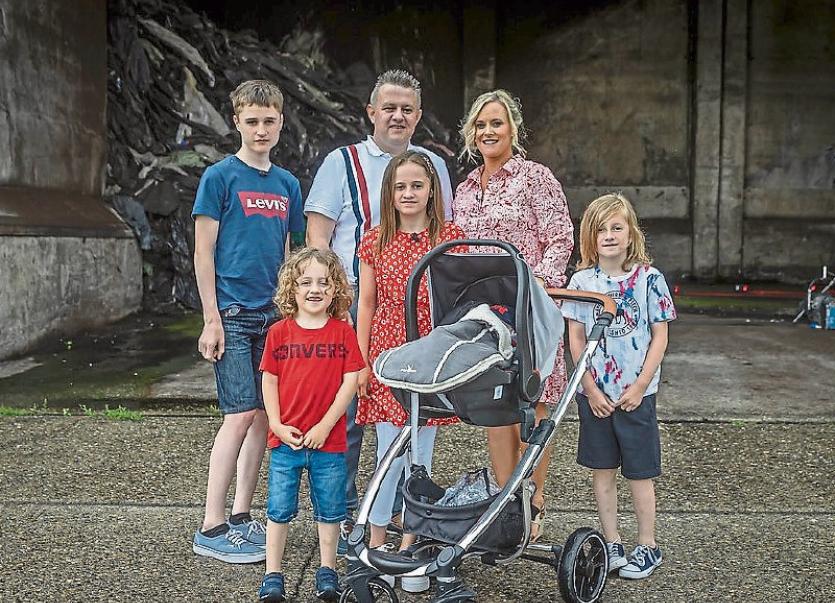 A LIMERICk family is set to feature in the brand-new series of What Planet Are You On which returns to RTÉ ONE this Sunday evening.

Four families from across the country are taking on the challenge of changing the way they live and reduce their carbon footprint. The family that reduces its impact on the environment the most will win €5,000.

The McNamara family from Pallaskenry are one of the four families who will take on the challenge.

Barry works in IT with Limerick City and County Council and watches documentaries about climate change so is aware of it but does very little about it in his own life.

As part of the new series, a dedicated team of data experts will monitor all four families, around the clock, over four weeks.

“We’ve fitted each house with cameras, counters and meters. We’ll also be tracking the mileage they build up on the roads. There is no hiding place as we measure the environmental impact of their water, waste, energy and food consumption,” said a spokesperson for the series.

“We’ll count their toilet flushes, investigate their bins, analyse their every meal and count the energy used by all of their domestic appliances,” they added.

At the end of every week, all four families face a panel of experts and discover how much they’ve contributed to saving the planet.

This year’s studio is located at Bord na Móna’s plant in Littleton, Co. Tipperary. Until recently, peat was brought here from surrounding bogs and turned into briquettes.

The bog was slowly disappearing and losing its capacity to store carbon.

What Planet Are You On? is produced by Vision Independent Productions for RTÉ.

The series, which is broadcast on RTÉ One at 6.30pm on Sunday’s is co-funded by RTÉ and Science Foundation Ireland.

According the producers of the show, the McNamara’s live in a busy household – a lot of people means a lot of waste – and it is thrown indiscriminately in bins.

They have mountains of recycling and food waste – but don’t use a brown bin. Louise goes through rolls of kitchen paper to clean the surfaces.

They have a hi-tech shower which gets used a lot – particularly by Lucy, who regularly clocks up 20-30 minutes.

Toilets are flushed four times each time and continuously through the day, often for no reason. The kitchen tap is left running a lot of the time.

The McNamara’s live in gadget city – six televisions, two x-boxes, phones galore – and that’s not counting the kitchen, where appliances such as the washing machine, dishwasher and tumble dryer are constantly on the go.

The family has two cars and Louise reckons she does about 130kms a day and Barry drives 50km a day - to and from work. However, he is working from home at the moment.

As for diet, the family eat a lot of meat and the children in particular aren’t too fond of fruit or vegetables. They all love a takeaway, several times a week. They throw out a lot of food, some of it unopened.