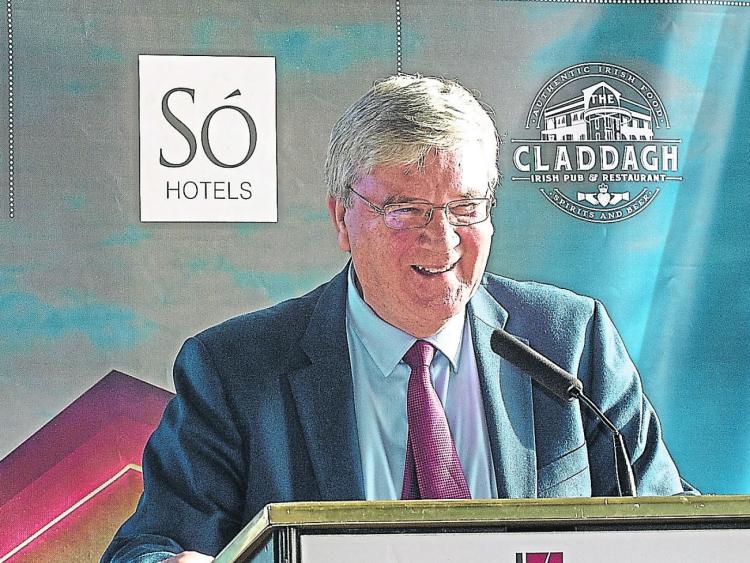 PAT McDonagh is to lodge plans for a €10m Barack Obama style plaza on the Limerick-Galway motorway in coming weeks.

The Supermac's owner and founder opened his most recent service station and food court in Portlaoise in July.

Now he has has his sights set on a site outside Ennis on the M18. Once completed it will create 120 jobs.

Being in the midst of a global pandemic didn't make the entrepreneur pause his plans.

"It is going on for the last four or five years so we as might as well stay going at it while we were at it. There is a need for it. In any business situation there is always risk attached. You have to assess the demand you think is going to be there for whatever project you are going into. Once you make a decision that’s it - you go for it.

"In business, like anything else, there is no such thing as standing still. You’re either going forwards or backwards. This virus is a temporary - I hope - situation. It is tremendously damaging at the moment. We have to be optimistic and hope within a couple of years anyway things will start reverting back to normal," Mr McDonagh told the Limerick Leader this week.

The businessman has made a number of efforts to develop the location at Skehanagh. Mr McDonagh first lodged plans at the site in 2014 and was subsequently granted approval by Clare County Council only to be turned down by An Bord Pleanála in 2016. A planning application was withdrawn last year after Clare County Council requested further information.

Mr McDonagh said they have had to reduce it in size from what it was before.

"Both the footprint and the size of the site is somewhat reduced. It will be more like the Galway Plaza than the Obama Plaza sizewise," said Mr McDonagh, who won't be calling it after the current American president who has links to Clare.

"It was suggested to me at one stage we should call it Trump's Pumps but I’m not quite sure that it would go down too well! We'll give it a proper name when the time comes, most likely the Clare Plaza. Keep it simple," said Mr McDonagh.

If he clears the planning hurdle he says, "Ideally we would be starting construction in summer of next year".

"Best case scenario is to have it completed in late 2021 all going well," he concludes.