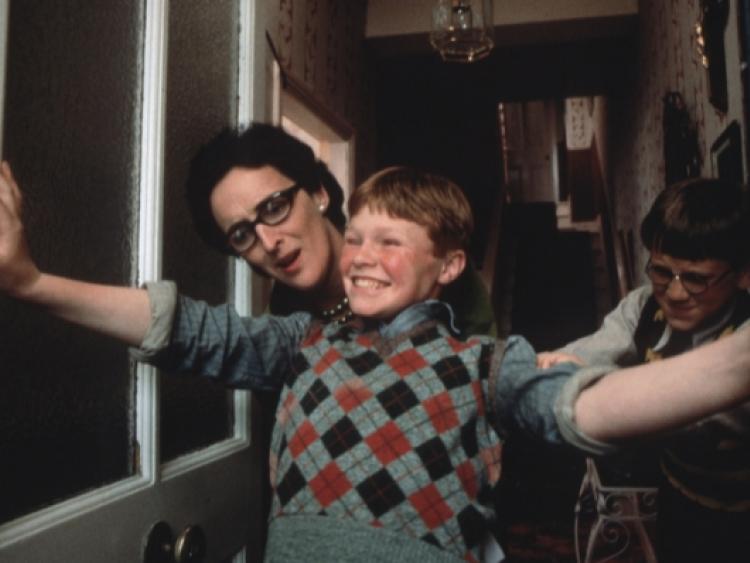 The Butcher Boy: Eamonn Owens is unreal in the lead role

The Empire is building a secret weapon and a rag tag gang of rebels are tasked with finding it's weak spot so it can be obliterated. This prequel to the original Star Wars is a very enjoyable addition to the Star Wars saga. It's a bit darker and a little bit more violent than the series tends to be but it slots into the existing universe perfectly. Felicity Jones, Diego Luna, Riz Ahmed and Donnie Yen all do well. And the ending.....oh that ending.

Every week a group of friends meet up for a night of chat, wine and boardgames. One night real life adds a shocking twist and the friends find themselves up to their necks in all manner of trouble. This is an entertaining Saturday night watch, a nice blend of screwball madness, weird neighbours, sibling rivalry and competitive friendship. Rachel McAdams, our own Sharon Horgan and a delightfully odd Jesse Plemons all do well.

Ingrid's a troubled woman who bases her existence around Instagram. In her head the people she follows are her friends and a random like from a famous influencer sends her life in a strange direction. This 2017 drama is an brilliantly acted look at the insidious way social media has taken hold of all of our lives and made us even lonelier than before. Aubrey Plaza, Elizabeth Olsen and O'Shea Jackson jr work well together,

In a post apocalyptic Earth a lone worker makes a discovery that puts into question everything he thought he knew about what happened to the planet. Ok the plot of this one is a bit wispy but it does things you don't usually see in big movies. Tom Cruise carries the film in style as always and it just looks astounding. The kind of film HD TV's were made for. Olga Kurylenko & Morgan Freeman are good as always in support.

A stylish and interesting biography of Jimi Hendrix set during his time in London in the mid 60's as his career was just starting to take off and a film that isn't afraid to show the darker side of it's subject. Andre Benjamin ( of Outkast fame ) plays Hendrix with aplomb and nails his look and voice perfectly. Parts of this were filmed in Dublin with Ruth Negga and Lawrence Kinlan showing up in supporting roles.

Kubo is living a happy life in his village when a horror from the past sends him off on a mission to follow in his father's footsteps. This 2016 animation is a little stunner that was sadly overlooked on it's initial release but if you give it a chance you'll love it. It's full to the brim with imagination, action and flat out beauty. First rate voice acting from Charlize Theron & Ireland's own Art Parkinson adds to the joy.

His job as an English professor just isn't doing it for Jim. Nope, Jim has other things on his mind, namely gambling away everything he's ever owned. And now things are getting deadly serious. Mark Wahlberg shines in a rare non action role playing a character you'll want to shake sense into and the usually lovely John Goodman does strong work as a very unsettling loanshark. A well done if frustrating cautionary tale.

Life is tough for Liam. He's a 15 year old in a dead end Scottish town, his mam is in jail, he's growing up in poverty and about to fall into a life of violent crime. Martin Compston is astounding in his film debut. A fiery ball of rage but inside a boy just wanting to be loved. His turn carries this 2002 Ken Loach film into the sky. It's as grim and bleak as you'd expect but you just won't be able to stop watching it. Film of the week.

Aliens have invaded earth and it's up to Tom Cruise and Emily Blunt to fight them off. Again and again and again. And again. Easily one of the most gratifying science fiction movies of the last decade, if you haven't seen it you're in for a treat. It's a watch that on paper should be boring and repetitive but inventive action and a streak of dark humour keep it powering along. Brendan Gleeson and the late great Bill Paxton add to the fun too.

Married life has become stale for Gillian and Oliver and living at home with his mother isn't helping matters. Money is sparse and jobs are unsatisfying and well, something needs to be done fast. Unlike the Beatles song it's named after, this is a likeable, substantial watch powered by a central pairing that feels real. A funny, affecting watch with Jemima Kirke, Richard Elis and Joanna Scanlan playing decent parts.

Frank owns a mannequin shop. He's a strange guy and that's putting things mildly. He gets even stranger when a young artist asks for his help and dark desires come bubbling to the surface. Elijah Wood stars in a remake of the infamous and long banned 1980 original turning in a genuinely creepy performance in this frightening, surreal and at times nauseating look at the madness bubbling around inside the minds of men.

Time for one of the most influential films ever made. Evil Count Zaroff lives on an island and spends his time first greeting and then hunting down the unfortunate people who's ships come a cropper on the rocky shores. This film is 88 years old, still being remade to this day and still effective as hell. It's scary, exciting and at the end satisfying. Joel McCrea, Leslie Banks and King Kong's Fay Wray make for a fine bunch of leads.

Funny Cow had a tough life growing up in the coalpit towns of the English North and now she's using that life experience as material for her comedy sets in the working men's clubs of the 1970's. Maxine Peake is sensational in this tough but darkly humorous look at the hardships of breaking into a traditionally male arena, especially in an era where sexism was rampant. The always reliable Paddy Considine and Alun Armstrong back her up generously.

In London's west end there once lived a pair of twin brothers who did everything together. From troubled teens to kings of crime they were inseparable. Forget that gimmicky Tom Hardy flick from a few years back, this is the go to Kray Brothers movie. A starkly violent look at what happens when you never say no to your children. Martin and Gary Kemp do well as the titular pair but it's Billie Whitelaw as Mrs Kray who owns this film.

A widowed woman, an almost hung bandit and a man with a harmonica team up for revenge against a backdrop of the railroad construction era of America's wild west. If you haven't seen this Sergio Leone masterpiece I'm green with envy. If you have, here's an excuse to luxuriate in it again. It's excellent, the action, the music, the sweltering atmosphere, everything. Charles Bronson, Claudia Cardinale, Jason Robards and especially Henry Fonda all amaze.

Francie Brady is a strange sort of boy. And strange boys aren't tolerated in 1960's Monaghan. Eamonn Owens is unreal in the lead role. It's a tour de force performance and amazingly it was his first film. A film that's by turns hilarious, grim as hell, black as night and just utterly compelling. Plus there's a mighty cast full of well known faces. It's a film not everyone will like but it's really worth sticking with.