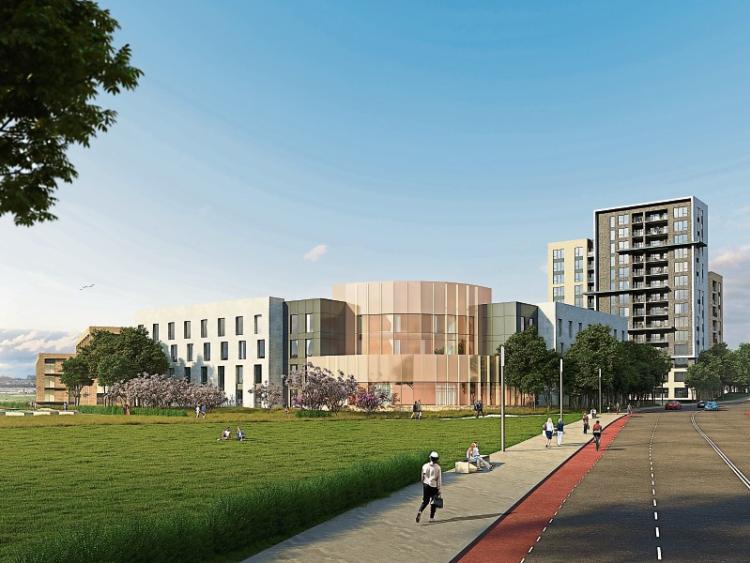 An architect's impression of the proposed development

THE long-running planning saga at the Parkway Valley/Horizon Mall site will stretch into 2021 as fresh appeals were made against the €60m plan.

Novelty Icav had secured conditional planning permission from Limerick City and County Council to develop a residential and office development on lands which have largely lain idle since before the crash.

It’s hoped the development will provide space for up to 1,000 office workers, as well as other jobs in the hospitality and building trade.

But two appeals against the council’s move to grant permission have been made to An Bord Pleanala in a move which delays any final decision on the project until next January at the earliest.

One appeal has come from Novelty Icav itself, with the site owners seeking to avoid paying what it describes as an “unreasonable” €1.2m contribution to the council as part of its planning decision.

A second, third party appeal has been lodged with the national appeals body by Environmental Trust Ireland, which has pointed out the presence of otters in the nearby Groody River, and argued the site is already prone to “regular and periodic flooding”.

The group’s appeal also states a 14-storey tower block at the heart of the development is an “inappropriate, visually imposing negative aspect of the proposed development site.”

The group also fear the apartments are “destined to become a run-down eyesore over time” while also expressing fears over the local bat population and the possible “blind collisions” they could face as a result of this development.

There’s a storied history behind the Parkway Valley site, with previous plans in place for an ice-rink and a shopping centre which would have seen Limerick’s first Marks and Spencer store never seeing the light of day.

The Limerick Leader has contacted Novelty Icav for comment.