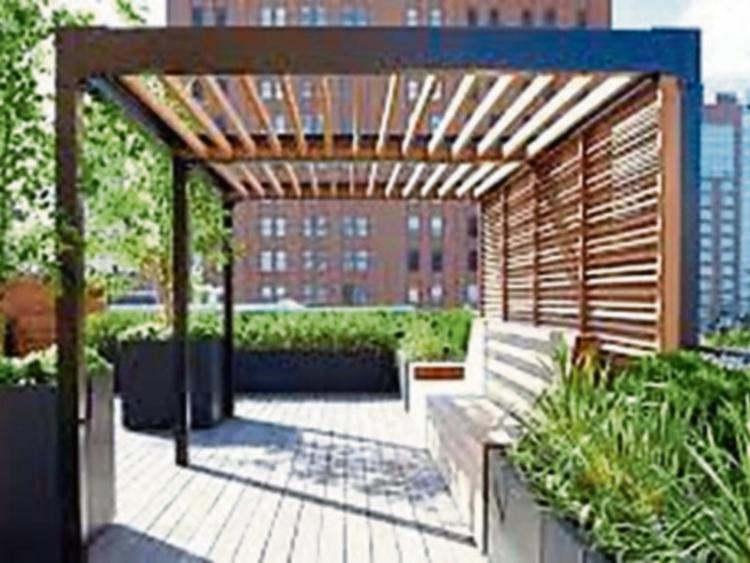 A LOCAL businessman has moved a step closer to regenerating one of the city’s most notable eyesores after the council gave its stamp of approval for a new “high quality” restaurant and rooftop garden along the canal bank.

Watchford Limited, which runs the Hungry Lyons fast food outlets in Dooradoyle and Ennis Road, submitted plans in December for a new restaurant complex at the mouth of Clare Street.

The proposed development, which got the planning authority’s green light on August 21, will replace the current derelict site along the pedestrian walkway on the Park Canal.

The Leader can confirm that it will be a Hungry Lyons outlet, comprising a cafe and rooftop garden, adjoining the existing convenience store and filling station on Clare Street.

John Lyons, Watchford Ltd director and Hungry Lyons boss, told the Limerick Leader that the new restaurant will create between 25 and 30 jobs, and is hopeful that food can be served within 12 to 18 months.

Speaking to the Leader, Mr Lyons said he started investing in the site two years ago after identifying its potential 12 years ago.

“I thought it had serious potential in a very iconic location. It’s the exit from the city, and as it turns out now, it is very well connected with UL. I always felt it was a very, very good site. I bought it about 12 years ago.”

He said the concept of the rooftop terrace did not occur to him until he started working on site, adding that it will overlook the “iconic” canal by the Abbey River.

Mr Lyons submitted plans for the site just three months after he cut ties with fast food giant Supermac’s in August 2019, having worn the major franchise for over 20 years.

“We invested a lot of money into both our current shops. The key is, we have great people and we’ve had people with us for 20 years and 25 years. I know it’s an old cliche, but it’s all about the team. I think we’re all focused and we all have the one goal. We get huge support from Limerick.”

He said that will opening a new business can carry some risk, he considers there to be “no risk” with this new development.

It’s just that it’s dilapidated and there’s been no investment in the area. But then you look across, there’s a couple of apartment blocks there, the park down there is fantastic. It’s huge. Then you’ve got the Absolute Hotel which is a fantastic building. You’ve got the river, you’ve got the canal. The potential down there is so serious,” he explained.

Two submissions were issued to the planning authority in relation to the development. One local resident raised concerns over the development overlooking her property, while another submission referred to property ownership.

“We are working with the people who have made their submissions. That’s people’s choice, and that’s why we’re living in a democracy; people have an opportunity to object. I am in this game a long time, and I know these things happen. You just have to be very patient,” Mr Lyons told the Leader.

The approval of the project is subject to 31 conditions, including that the restaurant must only operate between 8am and 11pm, and the rooftop to not be open after 9pm. The planning authority also states that no amplifier or speaker is to be installed for projecting sound from the building.