Go-ahead given for Limerick student complex 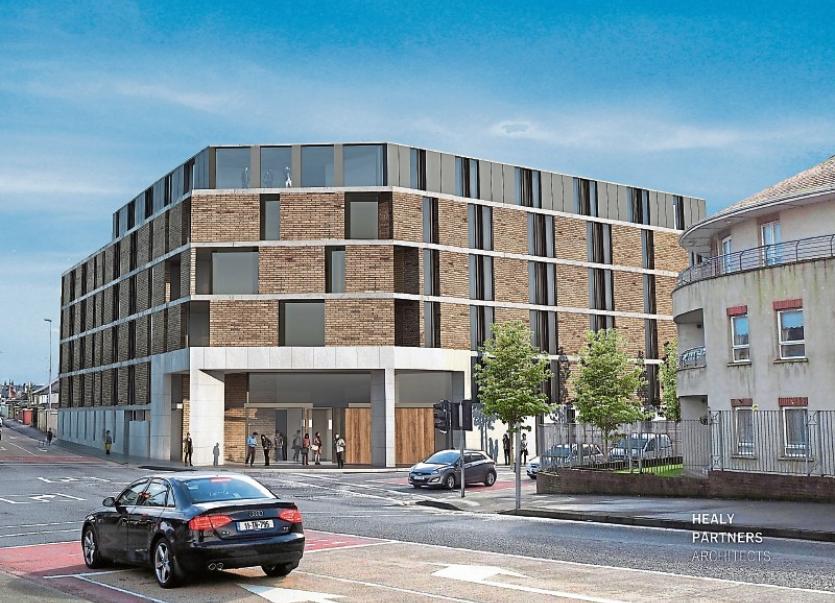 CITY planners have given the go-ahead to a six-storey student complex in the shadow of Thomond Park. Shelbourne Medical Properties has secured conditional planning permission to develop the building at the former Hassett’s bar.

demolished and replaced with the complex, which will provide 31 student apartment units, providing 143 bed spaces, and a medical centre at ground floor level.

While the developer was not available for comment yesterday, they had previously said they are “confident it is a worthwhile and much needed development for the area” and highlighted the number of jobs being created.

However, there has been opposition in the community, with 11 submissions and objections mainly expressing concern at the size and scale of the plan.

Richard Delaney, who started the petition, confirmed there would be an appeal against the project to An Bord Pleanala.

“We are extremely disappointed that Limerick City and County Council has ignored our observations which were based on being positive about the development at the Hassett’s Cross site, but not on this scale. The current proposed development is not in keeping with the current council housing apartment which is adjacent to it. It needs to be adjusted accordingly,” he said.

Mr Delaney said residents are in favour of a development – “But it must be in keeping with the area,” he added.

Labour councillor Conor Sheehan – who is also likely to launch an appeal – added: “I went around and spoke to all the residents in Kileely and a lot of them are very concerned about that sort of development in the area. Especially because Hassett’s Cross is a settled area with a large elderly population.”

He feels permanent homes should be prioritised over student accommodation.