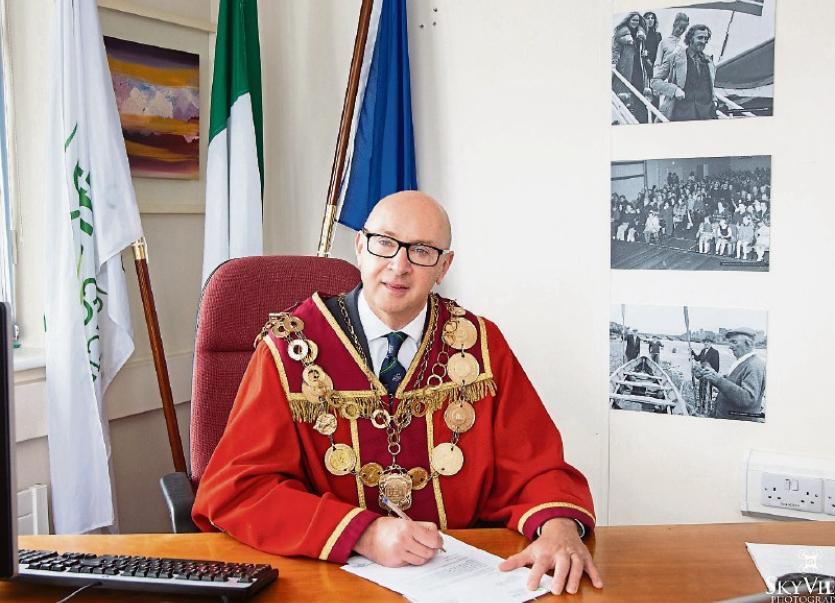 MAYOR of Limerick Michael Collins says he is “highly disappointed, embarrassed” and “horrified” at the Oireachtas Golf Society gathering.

And he has called for resignations over the controversy.

Already his Fianna Fail colleague Dara Calleary has resigned as Minister for Agriculture, while a number of other Civil War party Senators have had the whip withdrawn.

He said: “People are very upset, disappointed and disgusted at the whole behaviour. It's simply wrong. I see nothing short of resignations for anyone in office, it has to go there. Phil Hogan thinks he's immune to the whole thing as he's in the European parliament. He actually holds higher office than anybody else. I don't want to single him out as they are all in the same boat together. But it’s a resigning issue.”

Mayor Collins added: “They were all completely off-side and what they did was wrong and unjust. I've been at different events since becoming mayor. We are so conscious, doing picture shoots, interviews, or launching something, we are so conscious of social distancing. I'm absolutely horrified over the whole thing. Business people are on their knees, elderly people are not meeting their families, and people who've lost loved ones through Covid-19. It's not on.”

He said: “I'm condemning the fact it went ahead. I think it's disgraceful, and I'm agreeing with everybody who feels Dara Calleary was right to resign. I feel others should resign too. There is no doubt about that."

And Fianna Fail TD for the city Willie O’Dea has supported calls, led by Ceann Comhairle Seán Ó Fearghaíl to wind up the society.

The former Defence Minister said it is “completely unacceptable” that people would gather in breach of social distancing guidelines.

A big part of the government strategy is to persuade people to act responsibly. You can have all the rules and regulations in the world, but the Covid-19 rise won't be halted or reversed unless people act responsibly, and when you see these leaders of society acting in this manner, flouting the regulations, it makes it much more difficult to persuade the ordinary public, who are already weary of the restrictions, to comply,” said Mr O’Dea.

The Limerick City TD said on the golf society: “I don't know what useful purpose it serves. Maybe I'm a bit biased as I don't play golf. If people want to play golf, join a golf club and play golf. Members of the Oireachtas in a private capacity, I don't think it adds to the way you can represent the public to have your own separate golfing society.”

Although Taoiseach Micheál Martin will take on the role of acting Agriculture Minister until the Dail reconvenes next month, there will likely be yet another reshuffle in the Fianna Fail ranks.

Mr O’Dea – in cabinet from 2004 to 2010 – played down his chances of securing an appointment either in a senior or junior capacity.

“I think being realistic, I'll not be offered a position in a reshuffle, and I haven't sought any. I presume whoever will replace Dara Calleary, they will probably pick someone from the west. As regards a junior, Micheál Martin has already shown he does not regard Limerick City as being entitled to a junior ministry. I doubt he's changed his mind on that.”