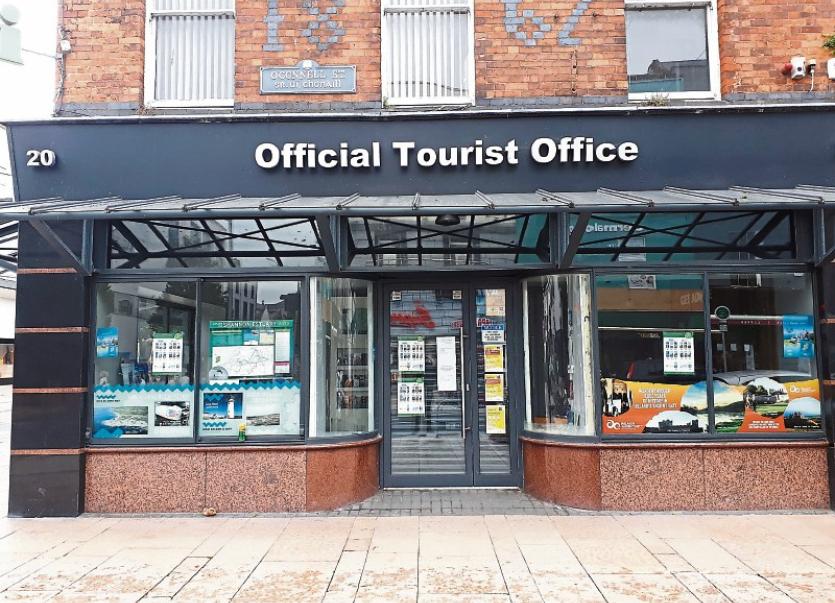 LIMERICK TD Kieran O’Donnell has demanded the reversal of the closure of the city’s tourism centre in O’Connell Street.

Earlier this week, the Limerick Leader revealed the decision by Failte Ireland to close the centre due to a decreased level of footfall due to the pandemic.

However, the Fine Gael TD has now written to two top Failte Ireland executives, as well as Ministers Eamon Ryan and Catherine Martin asking them to look again.

In a letter to Paul Kelly, the chief executive of the tourism body, he wrote: “It is completely unacceptable for Failte Ireland to close it’s Tourist Office on 20 O’Connell Street, Limerick City until March of next year. This has caused serious disquiet in our city and I am requesting that this decision is immediately reversed and this official tourist office reopened now.”

Mr O’Donnell pointed out Limerick is the “capital of the Mid-West,” and pointed out that as it stands, Failte Ireland does not have any tourist offices open in this region.

“How do you explain the situation whereby there is no tourist office opened anywhere in the Mid-West whilst we see two in Kerry, with Dingle and Killarney, two in Cork, with the city and Kinsale, Kilkenny and Athlone. I am asking for an explanation from Failte Ireland around the decision making process to close the Limerick tourist office. How does this reconcile with the regional development remit of Failte Ireland,” he asked.

“I await your immediate reversal of this decision,” Mr O’Donnell concluded.