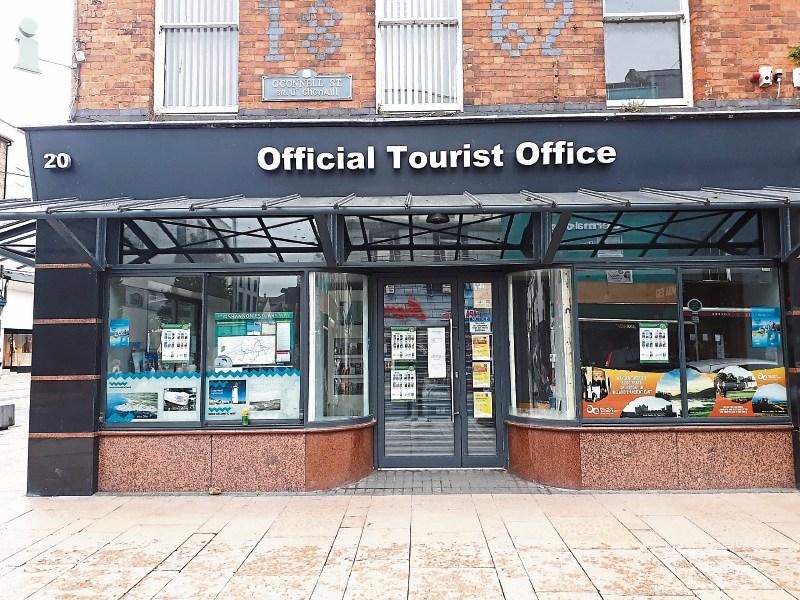 FAILTE Ireland has confirmed its tourist information centre in Limerick will remain closed until March next year.

It comes following a collapse in tourism from abroad to Ireland’s third city, with a notice informing customers of its closure “until further notice” in the window of 20 O’Connell Street.

A spokesperson for the tourism agency confirmed the closure will allow its staff to assist in the administration and delivery of a number of other significant trade support initiatives.

However, the decision has been criticised by local businesswoman Helen O’Donnell, who said it is “outrageous”.

“The irony is, we had volunteers yesterday being asked directions to places because there is no information. Limerick was buzzing with people yesterday who were obviously domestic tourists, staycationers. In other places, if a centre is not open, they may have a touch-screen which would give you information and show you a map,” she told the Limerick Leader.

Ms O’Donnell said that when Irish people are being encouraged to take staycations, a move like this “just doesn’t add up.”

Failte Ireland confirmed a number of tourist centres did re-open based on visitor demand.

As it stands, King John’s Castle is set to close for the winter following a drop in international tourism due to the Covid-19 pandemic.